Today in military history: Battle of Little Bighorn begins - We Are The Mighty 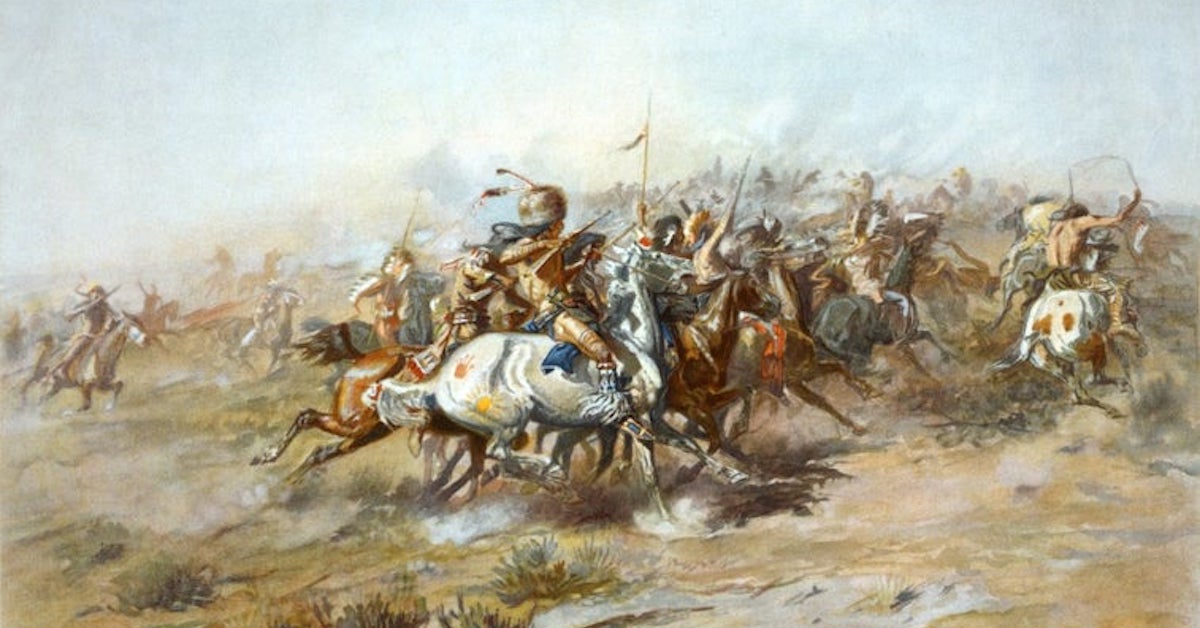 On June 25, 1876, Lieutenant Colonel George Armstrong Custer’s Seventh Cavalry was massacred by Lakota and Cheyenne warriors at the Battle of Little Bighorn.

The battle was the largest encounter of the Great Sioux War of 1876, also known as the Black Hills War.

The 1868 Treaty of Fort Laramie had promised the Lakota Tribe the land in the Black Hills as an Indian Reservation, but the 1874 discovery of gold in the area caused a massive influx of settlers — and the U.S. Army to ignore treaty agreements and invade the region. Sitting Bull and Crazy Horse (c.1840-77), leaders of the Sioux on the Great Plains, strongly resisted the mid-19th-century efforts of the U.S. government to confine their people to Indian reservations.

In 1876, a three-pronged expedition was launched to force the Lakota and Cheyenne tribes onto new reservations, but commanders underestimated Native American strength.

On June 25, Lieutenant Colonel George Armstrong Custer’s force was spotted while it attempted to scout enemy positions and he ordered his men forward to prevent an escape of Lakota and Cheyenne. Approximately 475 men were quickly enveloped by thousands of Native warriors.

Within an hour, Custer and hundreds of others were massacred. The next morning, reinforcements arrived and relieved the few survivors of the 7th Cavalry Regiment. The battle, also known as Custer’s Last Stand, marked the most decisive Native American victory — and the worst U.S. Army defeat in the Indian War.

White Americans were outraged that Native Americans would defend themselves against invasion and the U.S. government increased its efforts to subdue and break Native tribes. Within five years, nearly all of the Cheyenne and Sioux confederacy tribes, including the Lakota, would be confined to reservations.