Why General Custer was considered ‘Caesar of the Plains’ 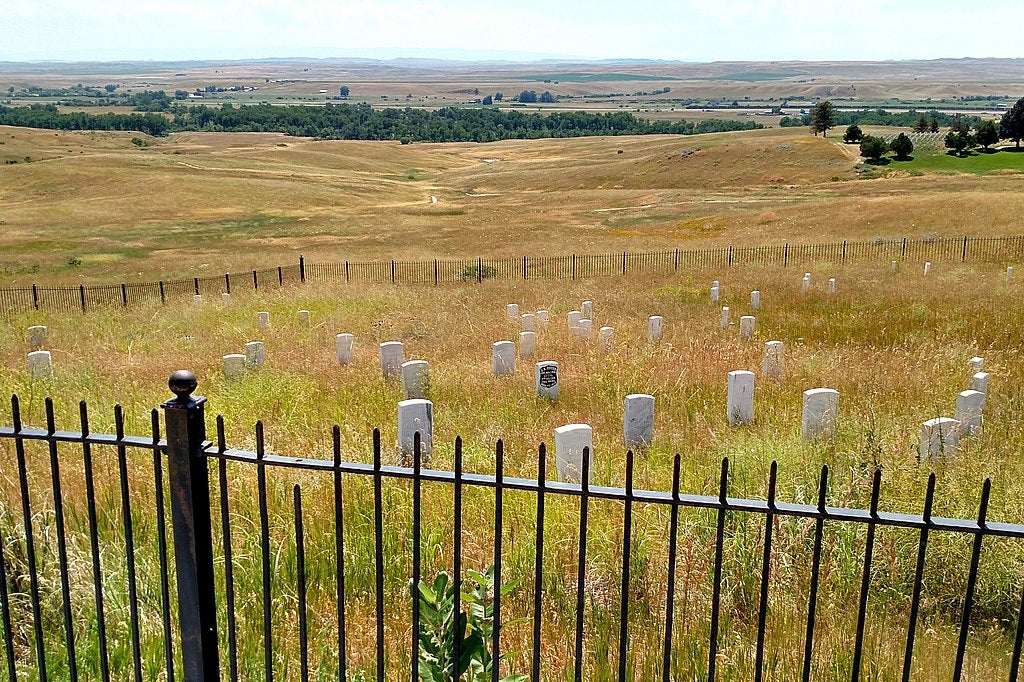 Why do men fight when all is lost? It’s a question that calls out to history’s bravest. It’s about fighters on the battlefield realizing all is lost, but continuing on anyway. Physical courage, as Victor Davis Hanson wrote, cannot be dismissed by the lesser natures in our world. Too many actual stories spotlighting it still thrills us and inspires us, even the many of us that will never smell death on the battlefield. One such engagement is relatively well-known today in America, though many details are also more obscure, even jarring. This particular battle took place on the sloping hills of southeast Montana, near the Little Bighorn River. It has come to be known by only a few immortal words. Custer’s Last Stand.

Even in his own time, General George Armstrong Custer was famous and like iconic leaders generations later (Patton, anyone?), he made damn sure everyone knew it. His flowing golden hair earned him eternal nicknames, like Yellow Hair, although the Lakota that he would one day face reserved for him a name lifted seemingly straight from the Good Book: The Son of the Morning Star.

These were the days immediately following the Civil War, in which Custer had distinguished himself. By the 1870s, with his old boss, U.S. Grant, in the White House, the dashing cavalry commander sought out new glories for himself and his men. The frontier called, still wild and untamed, and dangerous for new settlers expanding west like the belly of a newcomer fat with too much food.

At Gettysburg in 1863, Custer saw an enemy force double the size of his own, so long odds was nothing new to him. He relished it and one can almost imagine him writing a glorious memoir of himself as he dashed off to battle astride a horse with flared nostrils and bulging eyes.

At the aptly named Cemetery Ridge on that Pennsylvania farmland, Custer’s Seventh Michigan Cavalry found themselves virtually surrounded and low on ammunition in the face of J.E.B. Stuart’s vaunted riders. Yet Custer himself ran ahead of his 400 men, tossed his hat to reveal that golden mane, and shouted, “Come on, you Wolverines!” It was an image that remained long after the war.

Custer found himself by 1875 defending the prairie, readying it for millions of new inhabitants from the east. In the summer of 1876, conditions were perfect for a vain war hero to come up against a new type of enemy fighter. In late June, he and his men found themselves more isolated than they should be, but what did that matter when you were led by the great Custer?

With the kind of hubris that sank Titanic, or enabled trapped Allied soldiers to escape Dunkirk, Custer incredibly had turned down the offer of a battery of Gatling guns at Bismarck, before winding up at the Bighorn. At the pivotal and fateful battle, he split his forces into three groups. Because of the nature of the fight and the fact that all 268 U.S. servicemen were slaughtered, it has been difficult to piece together exactly what happened, although forensic evidence has helped considerably in recent years. From the time of the battle, one brave, Little Knife, swore that an Indian youth, no more than 15 years old, killed Custer with a single shot moments after his own brother was cut down.

It wasn’t only men that took part in the fighting. Lakota women joined in, enraged by the killing of their own loved ones by cavalry. A free Black man, Isaiah Dorman, was killed and mutilated by a woman named Eagle Robe. Evidently, the fact that Dorman had previously married a Sioux woman didn’t save him. As he begged for his life, Eagle Robe asked him why he had come to the area then shot him in the head.

In this period of his short life, Custer enjoyed hosting dinner parties, where he would often retire to his room early to work on a new ironically titled book, Life on the Plains. For all his daring and adequate field training, his own pride got the better of him. It was said that he thought of himself as the Caesar of the Plains.

In the last moments of the last fight of his life, Custer and his men couldn’t adequately see the Indians coming. Smoke from battle lingered, and the crafty enemy took advantage of the tall grass to pounce suddenly.

As the sun set on that terrible day, Custer lay dead, clad in buckskins and his fancy hair cut uncharacteristically short (perhaps he’d had a premonition and didn’t want to be the ultimate trophy for Crazy Horse and his men?). His own two brothers, Tom and Boston, were also dead. The smoke had cleared.

In life, he had been a dandy. In death, a legend.

The end had come for Caesar.