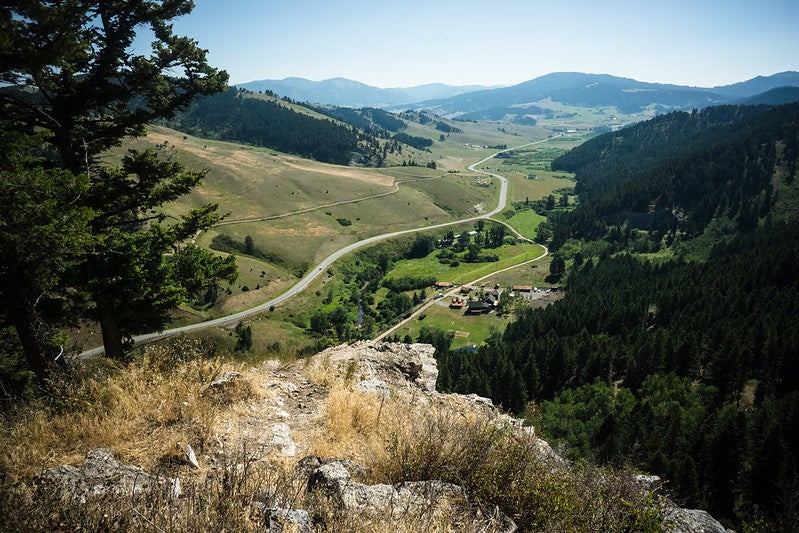 The famous Chief of the Oglala Lakota, Red Cloud, led the only successful native war against the United States. At the Fetterman Massacre, he inflicted the Army’s greatest defeat at the hands of any native leader until the Battle of Little Bighorn a decade later.

He was able to force out the Americans by uniting the many tribes in the Wyoming area and pursued the Army through his relentless attacks on Army-held forts and the reinforcements that were supposed to relieve the recipients of his seemingly endless attacks.

By 1868, the Army abandoned its plans for expanding in Red Cloud’s area of operations. The natives, for once, were victorious.

Red Cloud grew up fighting wars. He was born in what is today Nebraska, but like many other American Indian tribes, his Oglala Lakota were pushed westward by American expansion into the Great Plains. The expansion also pushed the tribes into conflict with one another, and Red Cloud became a warrior fighting neighboring Crow and Pawnee tribes.

In 1851, the U.S. and several tribes entered into the Treaty of Fort Laramie in Wyoming, which gave up any claims the United States had to the land held by nine American Indian nations. In return, the tribes guaranteed the safety of settlers making their way west along the Oregon Trail. The agreement also allowed the Army to construct forts in Indian territory in exchange for a 50-year annuity. Finally, it allowed the tribes to set their own land claims in the region.

It was broken immediately after being signed, when gold was discovered in Colorado. American miners set up homesteads and towns in Indian-controlled territories as the U.S. government did nothing to stop them. Discoveries of Gold in Montana is also what led to Red Cloud’s War and his subsequent victory over the Army.

With white settlers moving into native territories unchecked, bison numbers began to dwindle and native hunters were forced to expand their hunting grounds, even into the lands held by other tribes. The tribes began fighting over hunting grounds and the Lakota were winning. The Lakota and other tribes were also harassing settlers on the Bozeman Trail into Montana on their way to look for that gold.

The U.S. Army sent a punitive expedition after the natives but failed to win a decisive battle, so another conference was held at Fort Laramie, but when Red Cloud arrived, he saw 1,300 troops from the 18th Infantry Regiment and accused the Army of trying to bully them out of their treaty. He and a number of other leaders left without settling any disputes. The Army set out to subdue Red Cloud and the restless warriors.

It was a bad situation from the start for the soldiers. They were not equipped to fight a mobile war against Red Cloud. They carried obsolete weapons and many were infantry, not cavalry – and they were outnumbered on the Indians’ home turf.

As the Army moved northward, they built a series of forts, and stopped for the winter in Montana at Fort C.F. Smith, which they built. The natives struck first, hitting military civilian wagon trains along the Bozeman Trail, which soon scared any settlers from using the trail. Then 500 warriors hit the series of forts along the trail, stealing cattle and killing settlers.

Red Cloud’s attacks soon became a constant harassment to the soldiers, so the Army sent in a cadre of Civil War veterans. That might have seemed like a good idea, but while they were hardened veterans, they had no experience in the kind of fighting happening on the plains.

One of those veterans was Capt. William J. Fetterman, who led a party to relieve a wagon train under attack by the Lakota in December 1866. Fetterman led a team of 81 soldiers out into the plains and immediately came across Crazy Horse and a handful of warriors along Lodge Trail Ridge. Despite being warned not to pursue the enemy beyond the ridge, Fetterman went after them anyway.

Coming over the ridge and into the valley below, Fetterman and the 81 troops found a trap of at least 1,000 Oglala and Cheyenne warriors, who promptly massacred them. There could be no help from the fort, as Fetterman was warned.

The tribes continued harassing the forts, wagons, and civilians until the U.S. Army sued for peace. They needed the troops along the Bozeman Trail to help protect the Transcontinental Railroad. Not having the soldiers necessary to subdue the natives and protect the rails, they called Red Cloud for talks at Fort Laramie.

Red Cloud demanded the full withdrawal of the Army from the forts along the trail as a precondition to open talks, and the Army complied. When they did, the natives burned the forts. After two years of fighting, the U.S. and the natives signed the Treaty of Fort Laramie of 1868. It created the Great Sioux Reservation and prevented white settlers from occupying any portion of the Powder River area. Anyone crossing the territory had to get permission from the tribes.