Today in military history: Battle of Midway begins - We Are The Mighty 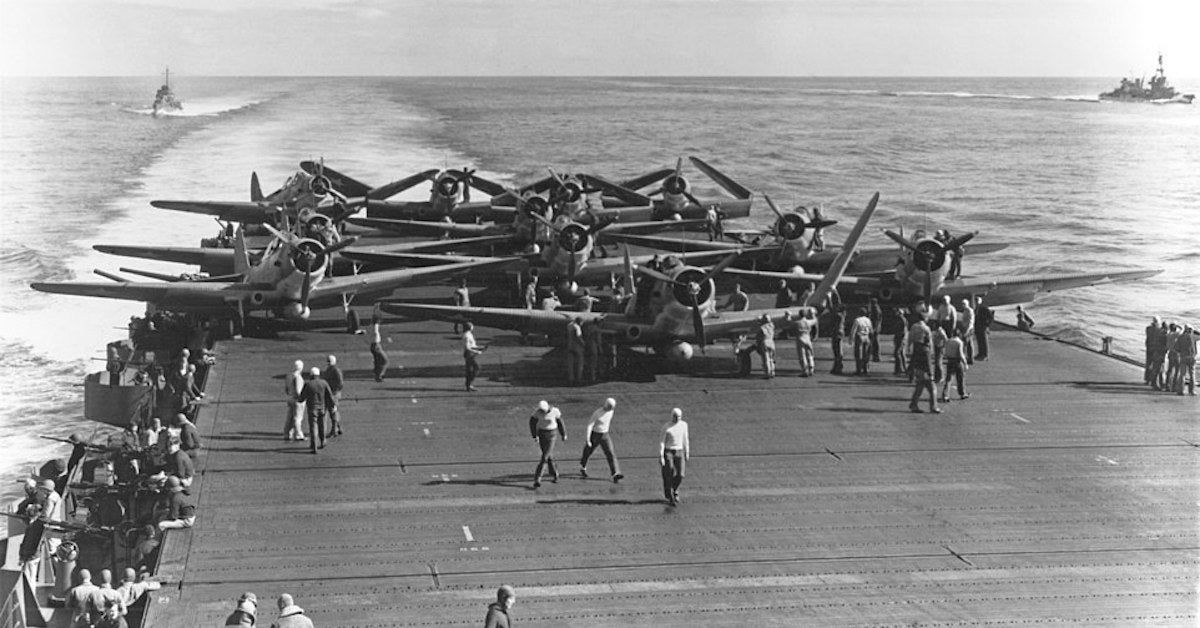 On June 4, 1942, the Battle of Midway began when a Japanese fleet of almost 100 ships, led by the architect of the Pearl Harbor attack, attempted an even more overwhelming attack that would have kicked the U.S. out of the Central Pacific and allowed the empire to threaten Washington and California. Instead, that fleet stumbled into one of the most unlikely ambushes and naval upsets in the history of warfare.

Thanks to quick and decisive action by key sailors in the fleet, the U.S. ripped victory from the jaws of almost-certain defeat.

The Kido Butai, which was the largest fleet in the world at the time, had successfully fended off a variety of land-based attacks from American carriers. Just as they were about to mount a counter-attack three of the fleet’s carriers – the Akagi, Kaga, and Soryu – were hit by dive bombers from the USS Enterprise and USS Yorktown.

The fourth carrier, the Hiryu, would carry out two strikes that would leave the Yorktown crippled.

Japan’s carrier air arm would never fully recover from the events of June 4, 1942. The Battle of Midway was truly the turning point of the Pacific Theater.

Featured Image: Devastators of VT-6 aboard USS Enterprise being prepared for takeoff during the Battle of Midway.