Today in military history: Disgruntled soldier buzzes White House - We Are The Mighty 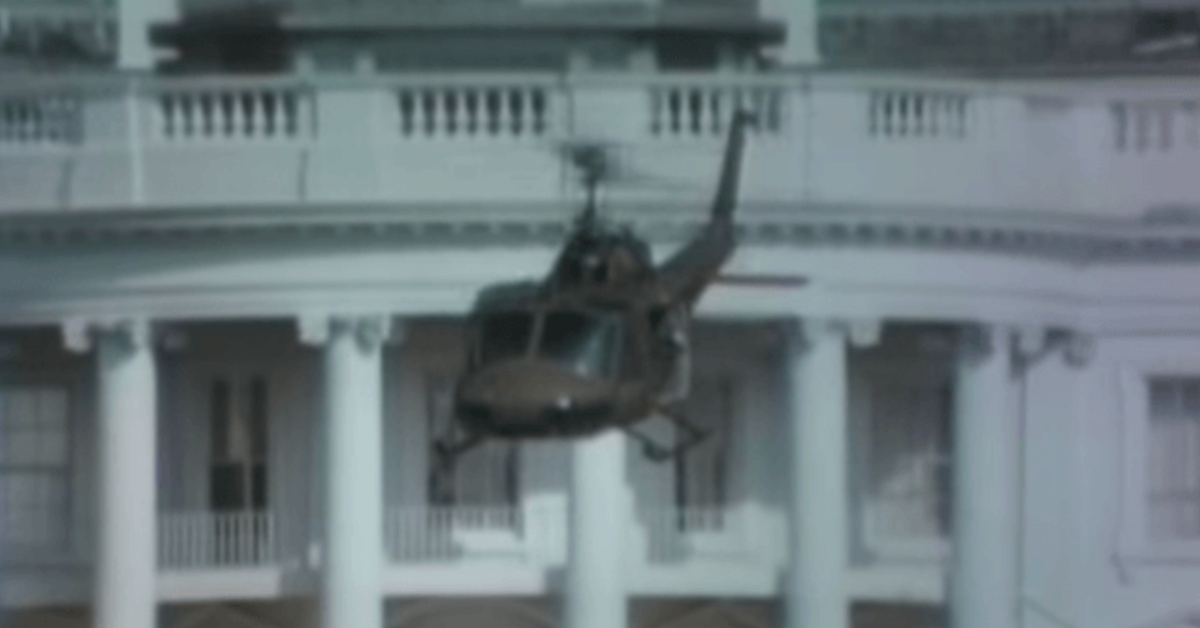 Preston enlisted in the Army in 1972 with the hope of evacuating wounded soldiers in Vietnam. Though he earned his private pilot’s license, he washed out of Army pilot training due to “deficiency in the instrument phase.” He believed, however, that his failure was actually due to the ongoing withdrawal of U.S. troops from Vietnam, leaving an oversupply of pilots.

He transferred to become a helicopter mechanic at Fort George Meade in Maryland, just twenty miles outside of Washington DC.

Shortly after midnight on Feb. 17, 1974, the despondent soldier drove his car to the unguarded Ft. Meade’s Tipton field, walked up to a Bell UH-1B Huey helicopter, fired her up, and went rogue.

Security saw the unauthorized takeoff and immediately called the police, who responded quickly when the bird appeared in the unrestricted airspace of the National Mall. By the time Preston landed on the White House lawn, he had the attention of the Secret Service — and their shotguns.

They blasted the Huey, scored an indirect hit that wounded Preston, and tackled him as he dashed for the White House.

He was sentenced by a court-martial to a year of hard labor and fined $2,400. Totally worth it.

Featured Image: Screenshot of NBC’s coverage of the incident.