Today in military history: First major US combat of Vietnam War - We Are The Mighty 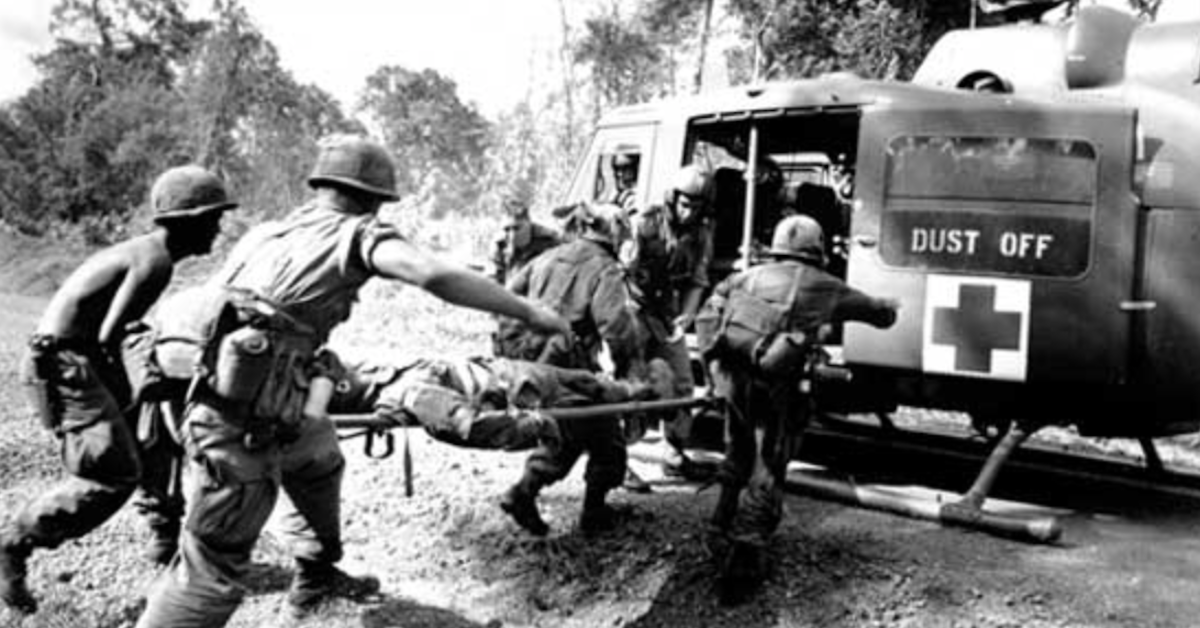 On Jan. 12, 1962, the United States engaged in major combat for the first time during the Vietnam War.

In what was codenamed Operation Chopper, 82 U.S. Army H-21 helicopters docked out of Saigon transported one thousand paratroopers from the Army of the Republic of Vietnam into a suspected Viet Cong complex. There, they surprised some fifty Viet Cong belligerents, who hastily retreated after a brief skirmish.

Realizing the power of air mobility — specifically with helicopter insertions and attacks — the U.S. Army formed twelve helicopter battalions and escalated their presence in Vietnam.

The operation changed the warscape and combat dynamics for both the North and the South — and also hinted at America’s increased involvement in the Vietnam War.

The Vietnam War’s icon was arguably the UH-1 helicopter. Officially designated the Iroquois (‘Huey’ is more of a term of endearment), this helicopter has been the most-produced in history, first flying in 1956. Over 7,000 Hueys were used in Vietnam and 2,500 were lost during the war.

The Vietnam War was long and arduous. It cost the United States a total of 58,220 troops, with 40,934 of them killed in action. The overall number of wounded sits at 304,000. These staggering numbers gave the military time to reflect on how effective they could be at evacuating wounded troops from the battlefields.

The wounded were airlifted out of combat and transported to medical staging facilities (picture mini-hospitals, not tents). If not for the rapid response of transporting troops, there would have been many more lives lost in Vietnam.

The critical factor in bringing down these high casualty rates were U.S. Army dust-off missions. During this time, the Army established specialized medical crews which utilized Huey helicopters to swoop in and collect the injured on the battlefield.

According to the Vietnam Helicopter Pilots Association, between 1962 and 1973, 2105 helicopter pilots were killed in Vietnam, with another 76 missing in action.