Today in military history: First US helo shot down in Vietnam - We Are The Mighty

Today in military history: First US helo shot down in Vietnam 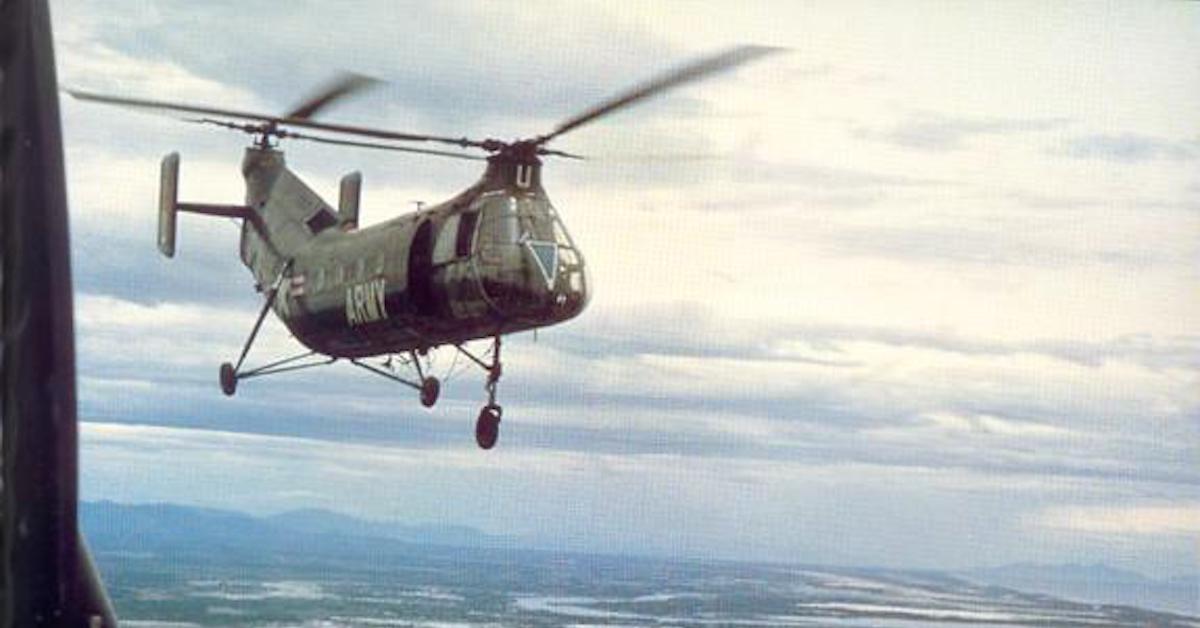 The H21-Shawnee/Vertol 44 was originally designed for high-altitude, cold-weather operations and entered the U.S. Air Force in 1953 specifically for rescue operations in the Arctic. The tandem-rotor helo could carry either twenty fully equipped troops or 12 litter patients and it would earn its nickname “Workhorse” throughout its military service.

On Feb. 2, a 15-strong formation of Army helicopters was ferrying South Vietnamese troops to a battle near the Mekong River delta. One of them never made it. The H-21C Shawnee Helicopter was part of a thirty-three helicopter unit that came to Vietnam via the U.S. Navy’s ferry transport, USNS Core in December 1961.

Their mission that day was airlifting South Vietnamese Army troops to Hong My, a village near the Mekong River. It never made it to the landing zone and became the first U.S. helo casualty — but sadly not the last — of a long and brutal war.