Today in military history: FDR elected to unprecedented 4th term - We Are The Mighty 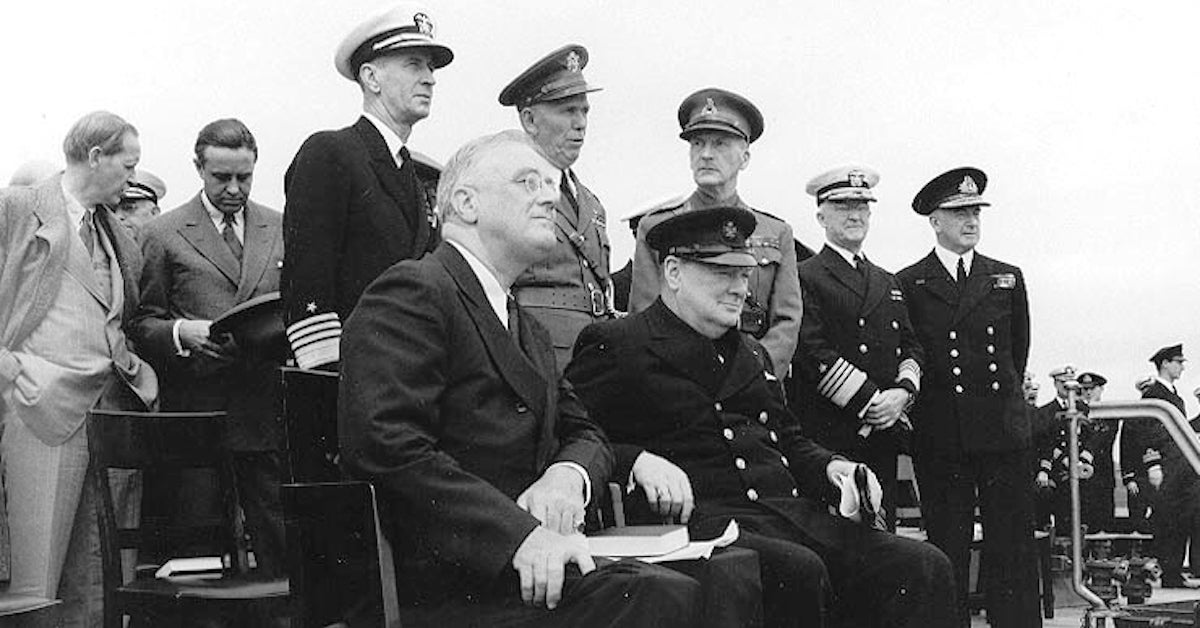 On Jan. 20, 1945, President Franklin Delano Roosevelt was elected to his fourth term in office.

In the midst of the Great Depression, FDR took office on March 4, 1933. He broadcast live fireside chats on the radio from the White House, rallying American support for his New Deal, which would launch sweeping economic reforms to help address the financial crisis.

He was re-elected in 1936, continuing to stabilize the American economy and provide relief, recovery, and reform. In 1940, he was elected for an unprecedented third term, becoming the only U.S. president to do so. During his third term, Roosevelt declared that France and Great Britain were America’s first line of defense against Nazi Germany, and he began a series of measures to help mitigate Nazi aggression.

In 1941, the Japanese attacked Pearl Harbor, drawing America into World War II. By 1944, the U.S. was deeply involved in the war, and FDR was elected President for his fourth term, with Harry S. Truman as his running mate.

FDR served as Commander in Chief until his death on April 12, 1945, when he suffered a massive cerebral hemorrhage.

On March 21, 1947, Congress passed the 22nd Amendment to the U-S Constitution, which imposed a two-term limit to the presidency, officially restoring the convention George Washington had set 150 years before.