Today in military history: President Garfield is shot - We Are The Mighty 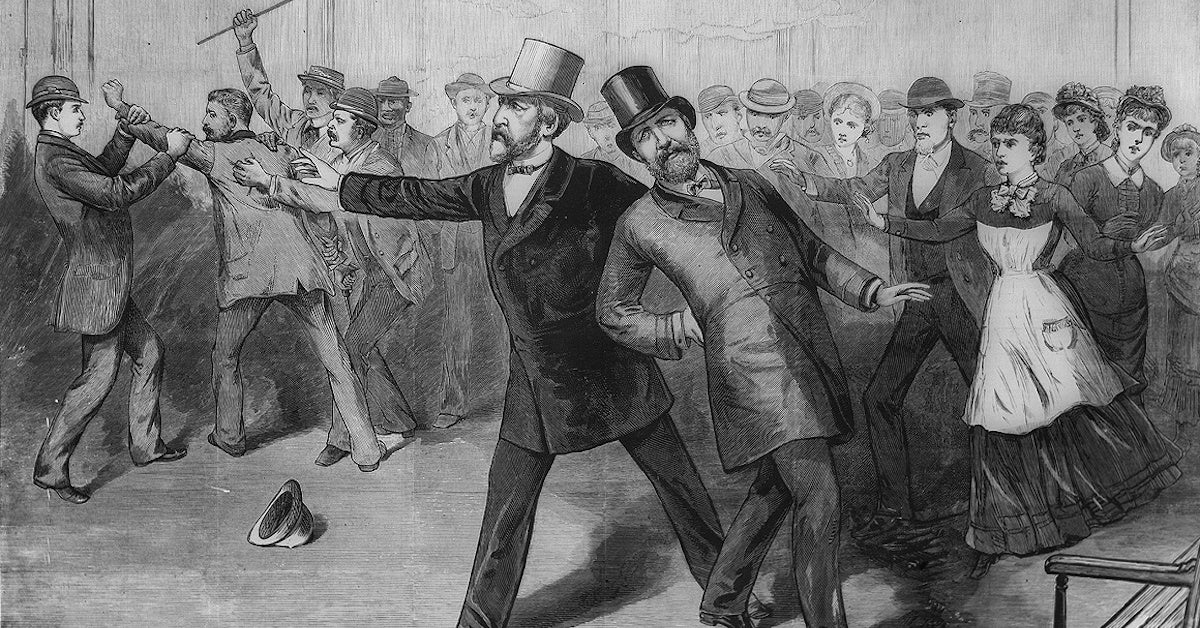 On July 2, 1881, President Garfield was mortally wounded when he was shot only four months into his administration.

His assailant, Charles Guiteau, was likely insane. He spent weeks stalking the president, believing he was fulfilling a mission from God to unite the Republican party, and finally on the morning of July 2, 1881, he shot the president at the Baltimore and Potomac train station in Washington D.C.

The president was treated quickly and spent the next few days fighting for his life, while Vice President Chester A. Arthur served as acting president. On Sept. 19, 1881, after 80 brutal days, President Garfield finally died of blood poisoning. The following day, Arthur was inaugurated as President of the United States.

Guiteau was found guilty of murder and sentenced to death. He was hanged in June 1882.

Featured Image: An engraving of James A. Garfield’s assassination, published in Frank Leslie’s Illustrated Newspaper on July 16, 1881. The caption reads “Washington, D.C.—The attack on the President’s life—Scene in the ladies’ room of the Baltimore and Ohio Railroad depot—The arrest of the assassin / from sketches by our special artist’s [sic] A. Berghaus and C. Upham.”

President Garfield is at center right, leaning after being shot. He is supported by Secretary of State James G. Blaine who wears a light colored top hat. To the left, assassin Charles Guiteau is restrained by members of the crowd, one of whom is about to strike him with a cane.