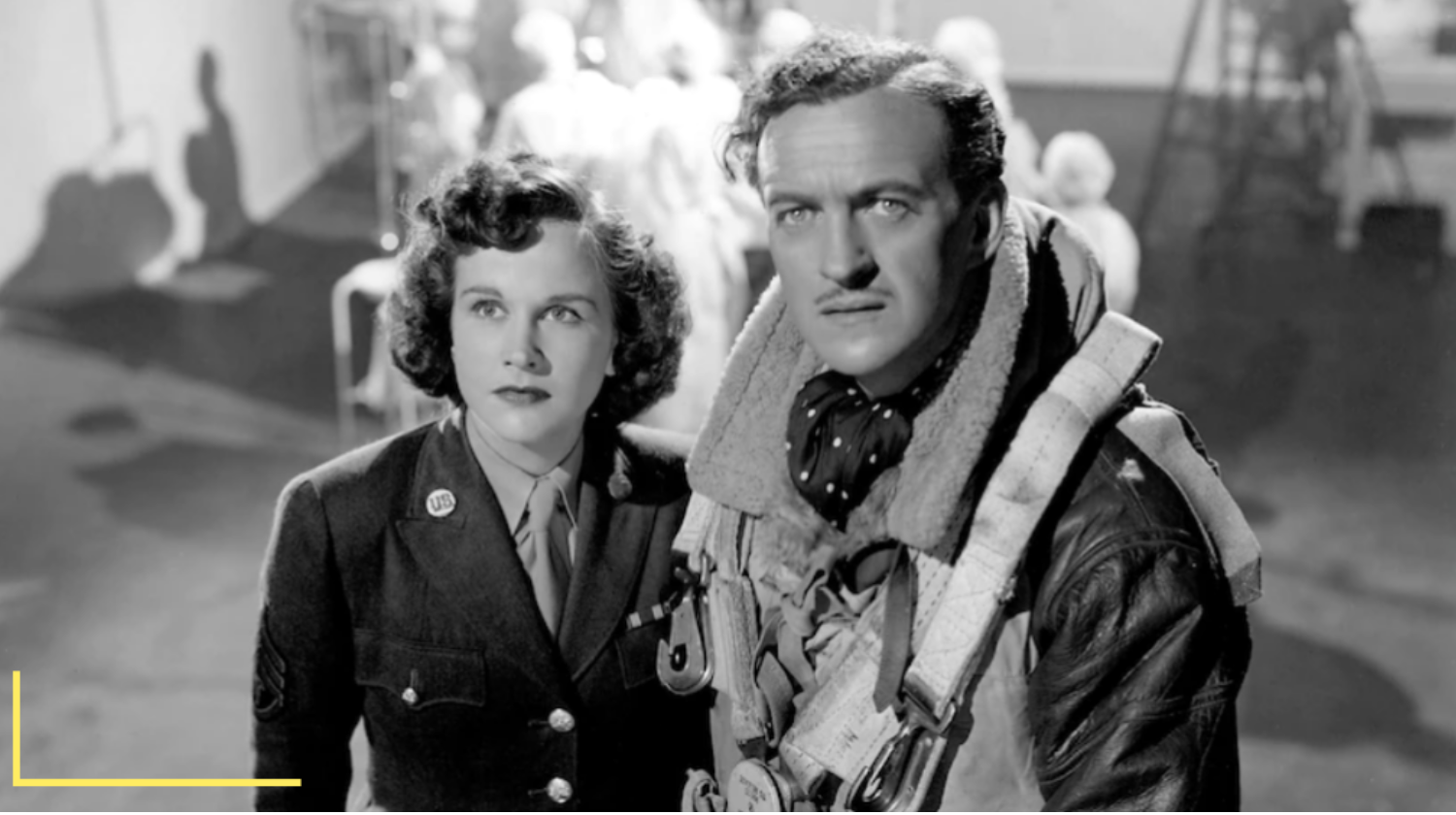 So many films have been released and even more so with the streaming platforms in the digital age. Some timeless classics may have slipped by you that are worth giving a look. Here are 6 of the top military films you maybe haven’t seen and should be on your viewing list.

Logline: Intelligent, sprawling saga of a squad of American soldiers, following them through Europe during World War II.

A dark look at the toll taken on soldiers during and after the war in Europe. Excellent performances across the board, especially from Eli Wallach, George Peppard and Romy Schneider. It has deep anti-war sentiments while being a film full of engaging performances and cinematography. It is directed by Carl Foreman, of Bridge on the River Kwai screenwriting notoriety.

2. A Matter of Life and Death.

Logline: A British wartime aviator who cheats death must argue for his life before a celestial court, hoping to prolong his fledgling romance with an American girl.

David Niven and Kim Hunter star in this fantasy-romance film set within the confines of World War II. Niven plays a pilot who jumps from his plane without a parachute, yet survives. Hunter finds Niven and they spend the entire film piecing clues together on whether he is actually dead or alive. Think Inception minus the heist with the addition of an afterlife made in the Golden Age of Hollywood. Then add a few dashes of class and cinematic style to get A Matter of Life and Death.

Logline: In 1945, an American Infantry company sets up an artillery observation post, but tensions between Captain Cooney and Lieutenant Costa run high.

An all-star cast, many of which are real veterans, make Attack a rare gem that peers into the depths of a company at the latter stages of World War II that is run by a cowardly captain played by real-life hero Eddie Albert. Jack Palance, Lee Marvin and Buddy Ebsen turn out strong performances. Director Robert Aldrich lends his talents and shows us the seeds of further greatness which we would witness in the 1967 film The Dirty Dozen.

4. Farewell to the King

Logline: Borneo, 1942: An American soldier escapes WWII and becomes the king of the headhunters in the jungle. Two British soldiers are parachuted into the area to find local support for the battle against the Japanese.

Nick Nolte stars as a deserter from World War II Learoyd who escapes from a Japanese firing squad. He is deified by the locals and is a “god” to them. He is the king for the natives and resists rejoining the Brits to continue fighting the war. He then leads his tribe against the Brits in jungle warfare and insurgency style rarely seen on the silver screen.

In great director Sam Peckinpaugh’s only war film Coburn and Schell shine brightly in this morality tale set on the battlefield of the European theater in World War II. His directing style is first-rate. Gritty, real, nasty and just what should be ordered when examining war. There is little if any romanticism here, as it should be.

Logline: Three Australian lieutenants are court-martialed for executing prisoners as a way of deflecting attention from war crimes committed by their superior officers.

Woodward has never been better than in Break Morant. The courtroom scenes are high drama with well-interlaced flashback sequences to the battlefield. Woodward’s description of what is rule “303” is chilling as it is memorable. He should have won an Oscar for his portrayal and the film has a 100% rating on Rotten Tomatoes. First time seeing that high of a rating for anything.