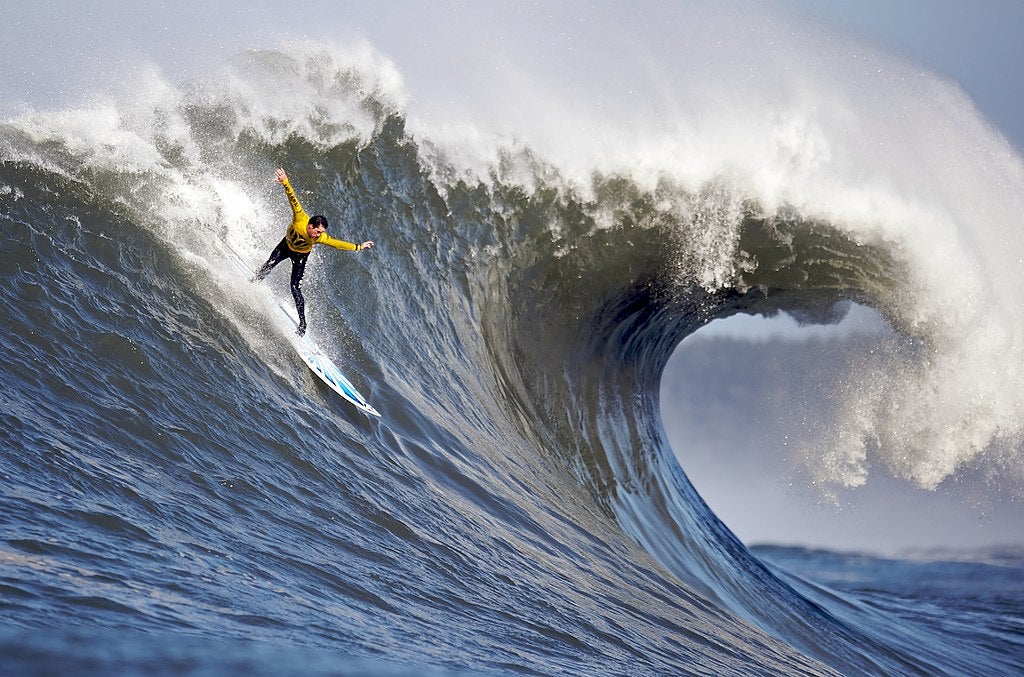 Any sport can be hazardous if caution is not observed, but some are dangerous no matter how many precautions you take. To participate in such sports, athletes must sign a contract stating that they are aware of the game’s dangers and the hosts cannot be held accountable for any adverse results. Veterans and service members love to be entertained and the most dangerous sports are normally the most interesting ones.

The ocean is an environment with plenty of predators, rocks, and dangerous tides, yet many enjoy surfing. On the other hand, many people have thalassophobia and will nope away from any deep water source. Check out the r/thalassophobia subreddit where I promise you’ll find out really quick if that describes you.

While it is possible and enjoyable to surf with moderate waves, most people prefer the adrenaline from big wave surfing that is extremely dangerous. The sporting activity requires years of serious training because one wrong move could lead to drowning. In history, at least four people have died from big wave surfing. Although this may seem a small number, it is still a tragedy, and participants should take caution. Remember, these people were prepared too.

If the participant is knocked off their surfing board, they could easily get unconscious, leading to death. Being a good swimmer might save you from the wrath of the ravaging waves, but it is not a guarantee you will survive. The more the waves push, the harder it is to get back on the board. In total, surfers usually get 20 seconds to get back on their board before another wave sweeps through. Just like cliff diving, it is necessary to get the required training from professionals before engaging in any type of surfing.

Buzkashi, also known as goat pulling, is a national sport played in Afghanistan where participants ride on horses. The sport is also popular in Central Asia as a traditional game, but it is perceived to have stemmed from the Afghan region when rival tribes tried to steal goats. According to historians, Buzkashi has been played for more than a thousand years, even though it is one of the most dangerous games.

Although the sport is not well-known in Western countries, it has been played by prominent people such as Sylvester Stallone and has also been featured in some famous TV shows. Buzkashi is played on an open field where a “ball”-normally a goat or cow head is tossed into a basket or goal post. Participants may be placed in teams or sometimes may play individually, depending on the number of people. The game rules do not allow weapons, although a whip is given to each player to hasten their horses and beat their opponents whenever necessary. Additionally, the players can pull their opponents’ hair which sometimes results in falling off the horse. In turn, the fallen player could get injuries from falling and, in worse cases, can lead to death.

The rules of bull riding are the simplest as the player is only required to remain on the bull for at least eight seconds while holding on with one hand. This makes the sport one of the most dangerous as it often leads to fatal injuries. Grabbing a bull by its horns may seem like an easy mission until you actually have to perform it yourself. Imagine the might in a 1000-kilogram bull constantly trained with nothing but hostility for more than two years. Statistics show that 20 out of 100,000 rodeo contestants suffer catastrophic injuries. In this case, normal catastrophes mean instant death or significantly altering the participants’ lives.