Famous graves at Arlington National Cemetery - We Are The Mighty 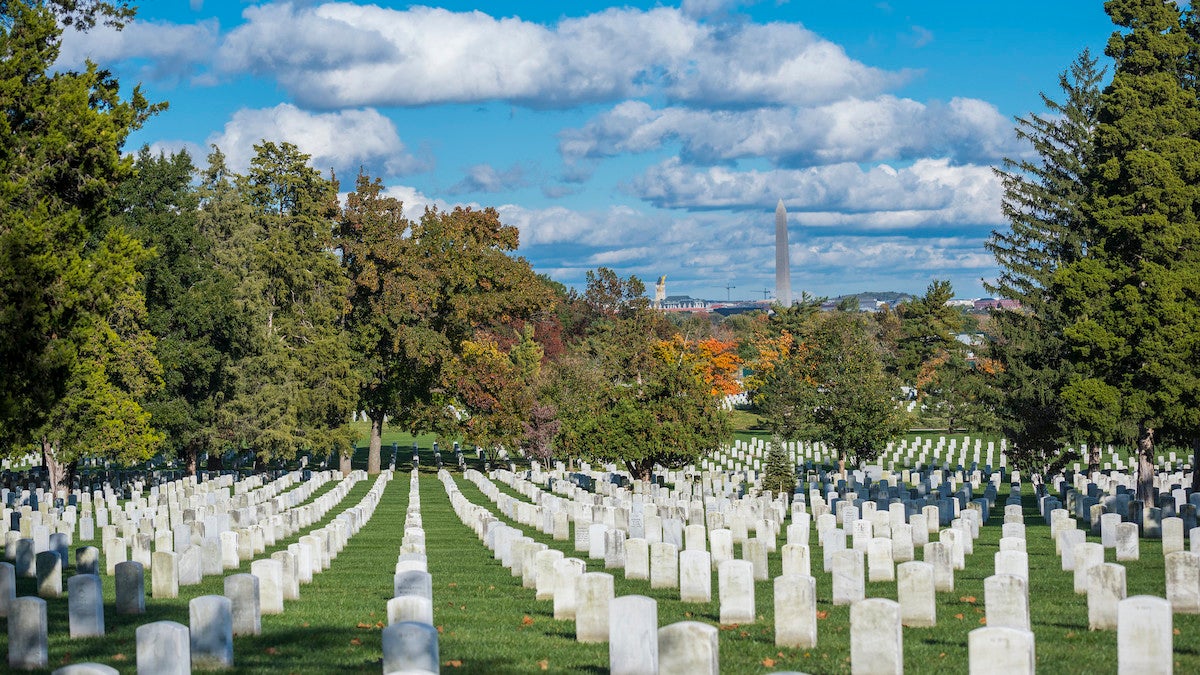 Arlington National Cemetery holds over 300,000 United States veterans. Veterans from every US war or conflict since the Revolutionary War lie here. Founded in 1866, this cemetery is the largest and most prestigious in the nation. It is meant to honor all men and women who have served in the United States Armed Forces.

Learn about the famous graves at Arlington National Cemetery

The grounds are steeped in history

The cemetery grounds, formerly Arlington House, used to be the property of George Washington’s adopted grandson and his wife. In 1831, their daughter married Robert E. Lee, and the couple lived there until Virginia ceded from the Union in 1861. A tax dispute led the federal government to reclaim the property in 1864. However, the land was later returned to Lee’s son after a lawsuit, though the government promptly repurchased it for about $150,000. This made little Lee a very rich man—the equivalent in today’s world would be roughly $4 million.

One of the most prominent people buried there is 27th US President William Howard Taft, a man who never really wanted to be president at all. His real dream was to become a Supreme Court Justice, a goal he achieved later. No other man has ever served as President of the United States and Chief Justice on the Supreme Court.

Another notable figure buried at Arlington is Thurgood Marshall, the first African American to serve on the Supreme Court. He argued on the Brown v. Board of Education case, where the Supreme Court finally determined racial segregation to be unconstitutional once and for all.

JFK and Bobby Kennedy have a special, solemn place in Arlington. Above their graves, an eternal flame is lit. Jackie Kennedy was so moved when she saw the eternal flame over the Tomb of the Unknown Soldier that she wanted the same thing for her husband. When Jackie passed years later in 1994, her remains were placed next to her husband’s.

David Hackworth, a colonel in the US Army who served in Korea and Vietnam, is also buried in Arlington. He was a highly decorated serviceman with tons of honors, including a Distinguished Service Cross, a Silver Star, a Bronze Star, and a Purple Heart with many oak leaf clusters attached to several. Hackworth also wrote a book that criticized how the Vietnam War was handled, for which he took some heat from the government—oops.

Speaking of famous, one of the most famous women buried at Arlington is Admiral Grace Hopper. A leading programmer in the US Navy between 1943 and 1986, Hopper was a pioneer of computer programming and one of the first to use the Harvard Mark I. She was also the inventor of one of the first linkers. Today we think of linking as such a standard computer action, but we wouldn’t have it without Hopper.