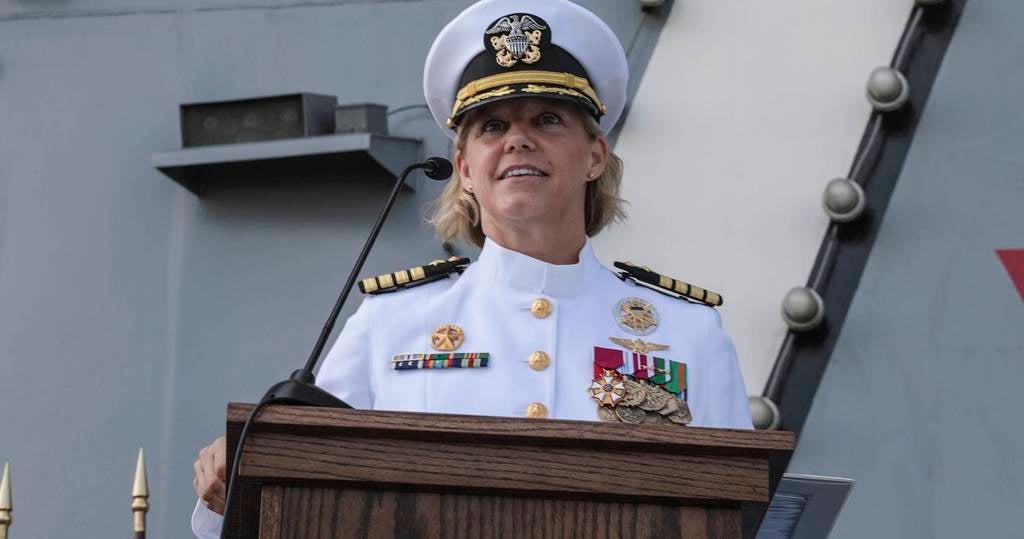 On December 7, 2020, Naval Air Forces confirmed Capt. Amy N. Bauernschmidt’s selection as the first female sailor to command a nuclear-powered aircraft carrier. The historic selection was followed by Bauernschmidt’s assumption of command of the USS Abraham Lincoln (CVN-72), the ship where she previously served as executive officer, on August 19, 2021. Since then, the carrier had been making preparations for a regularly scheduled deployment in support of global maritime operations.

On January 3, 2022, Abraham Lincoln departed San Diego under Capt. Bauernschmidt’s command making her the first woman to take a US carrier to sea. Despite her historic achievement, Bauernschmidt’s focus remains on her sailors and their mission. “These Sailors are incredible professionals who have trained exceptionally hard to ensure they are ready for any operational obligations required of us on deployment,” she said in a US 3rd Fleet press release. “They are absolutely prepared for today’s deployment, and I have no doubt they will represent our nation proudly as we defend our national interests.”

Bauernschmidt’s naval career is an exceptional one. She graduated from the United States Naval Academy in 1994, the same year that service on combat ships and planes was opened to women. Over the course of her career, Bauerschmidt has accumulated over 3,000 flight hours and has commanded Helicopter Maritime Squadron 70 (HSM-70) as well as the amphibious transport dock ship USS San Diego (LPD-22).

The deployment comes at a time of increased tension in the Indo-Pacific Command’s area of responsibility. Increased Chinese naval activity and political conflict regarding Taiwan raise the stakes for both the US 7th and 3rd Fleets. However, highly skilled sailors like Capt. Bauernschmidt and the crew of the USS Abraham Lincoln are up to the challenge and any others that may arise.