The Navy recovered a crashed F-35C from over 12,000 feet underwater - We Are The Mighty

The Navy recovered a crashed F-35C from over 12,000 feet underwater 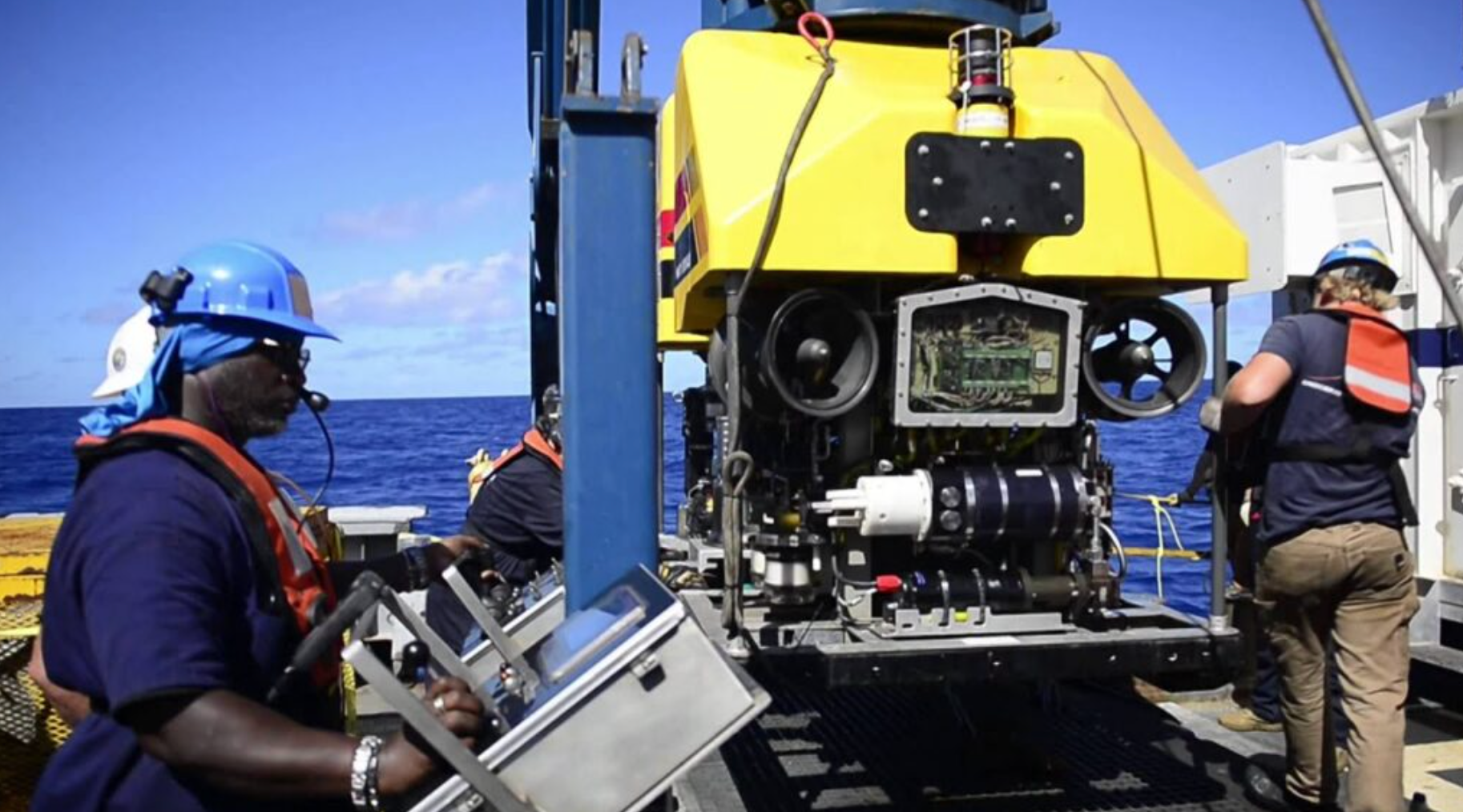 On January 24, 2022, an F-35C Lightning II assigned to Carrier Air Wing Two crashed during routine routine flight operations aboard USS Carl Vinson (CVN-70) in the South China Sea. Seven sailors were injured during the landing mishap and the aircraft sunk to the ocean floor. With such a sensitive aircraft missing in international waters close to China, the Navy made recovering the cutting-edge stealth fighter a top priority.

Just over a month later, on March 2, the Navy successfully recovered the F-35’s wreckage. The aircraft was salvaged from an incredible depth of 12,400 feet. For comparison, the Empire State Building has a roof height of 1,250 feet, or just over 1/10th the depth that the F-35 sank to. The momentous recovery operation was conducted by a team from the 7th Fleet’s Task Force 75 and the Naval Sea Systems Command’s Supervisor of Salvage and Diving aboard the diving support construction vessel Picasso.

Recovering the armed fighter jet from the bottom of the ocean was both time-sensitive and resource-intensive. “The task force’s expertise in rapid, scalable command, control, and communications, agile logistics, organic security, and explosive ordnance disposal was the most flexible choice for the fleet commander to respond in a timely manner,” said CTF 75 Commodore, Capt. Gareth Healy, in a Navy press release. “Ultimately, this deliberate approach resulted in the correct capabilities conducting recovery operations within 37 days of the incident. Given the unique challenges of this problem and the unique technical capabilities that NAVSEA delivered, this was an aggressive and achievable timeline.”

The actual recovery was performed by a remotely operated vehicle called a CURV-21. Weighing 6,400 pounds, the ROV is the Navy’s primary deep sea salvage vehicle and can operate to a maximum depth of 20,000 feet. The CURV-21 attached specialized rigging and lift lines to the aircraft before Picasso‘s crane was lowered to the seafloor and connected to the rigging. Picasso then lifted the F-35 to the surface and safely on deck.

The Navy noted that the aircraft will be delivered to a nearby military installation to aid in the ongoing investigation into the crash. It will also be evaluated for potential transport back to the United States.