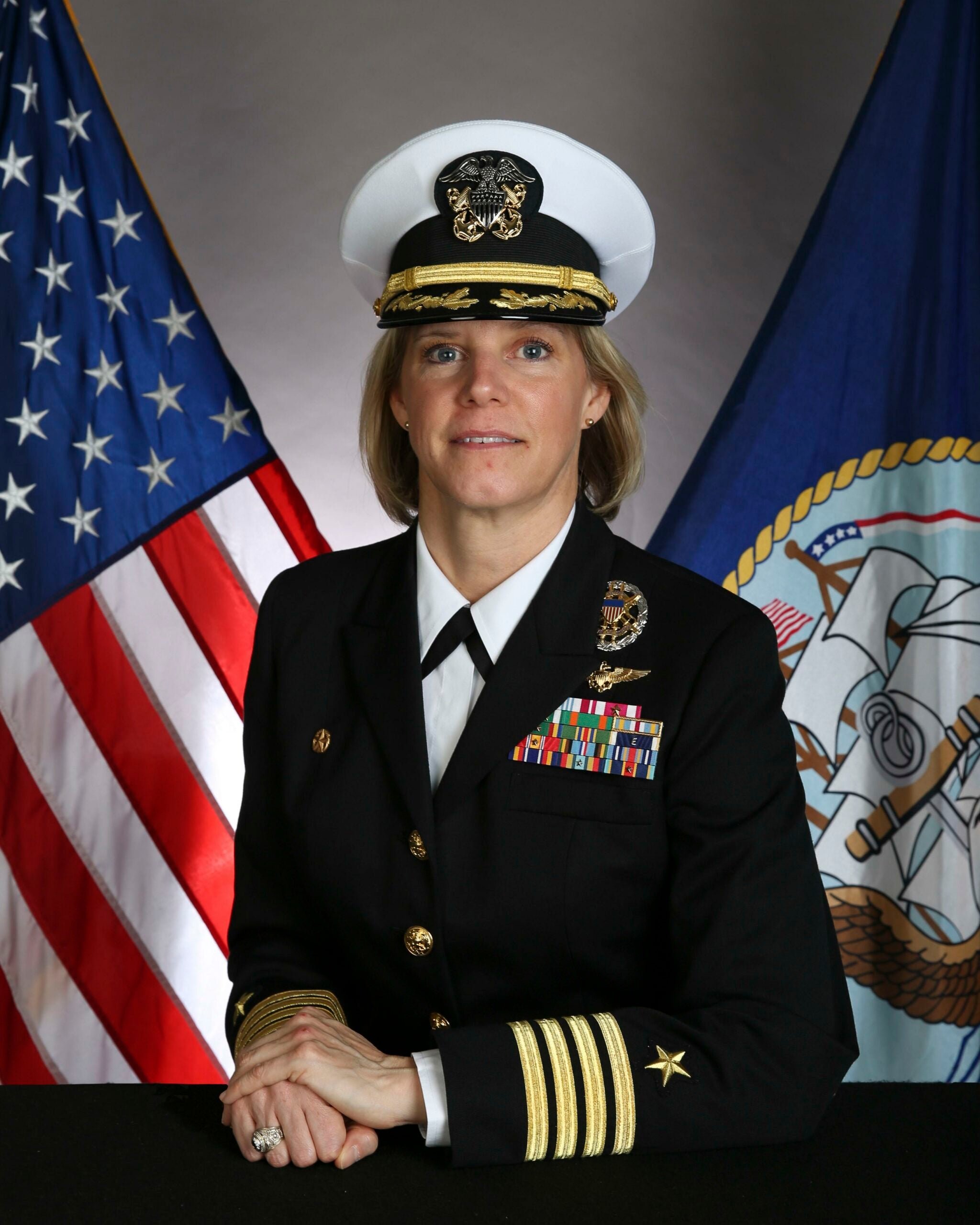 For the first time in its history, the U.S. Navy has selected a female naval aviator to command a nuclear-powered aircraft carrier. Capt. Amy N. Bauernschmidt was selected for the position by the FY22 Aviation Major Command Screen Board. Naval Air Forces confirmed the selection on December 7, 2020. Although it’s unknown which of the Navy’s 11 aircraft carriers she will command, Bauernschmidt is no stranger to making history.

She graduated from the Naval Academy in 1994, the same year that women were allowed to serve on combat ships and planes. “That law absolutely changed my life,” Bauernschmidt told CBS during a 2018 interview. “We were the first class that graduated knowing and feeling honored with the privilege to be able to go serve along the rest of our comrades in combat.” After she graduated from flight school in 1996, Bauernschmidt was assigned to Helicopter Anti-Submarine Squadron Light 45 (HSL- 45) “Wolfpack” in San Diego. Her first deployment was on board the USS John Young (DD-973) in support of maritime interdiction operations in the Northern Arabian Gulf.

Over her 26-year career, she has served as an aide-de-camp to Commander, Carrier Strike Group 7, a department head with HSL-51 “Warlords” in Japan, an action officer executive assistant to the Director, J6 on the Joint Staff, and as the executive officer of HSM-70 “Spartans” before taking command of the squadron. In 2016, Bauernschmidt became the first female executive officer of a nuclear-powered aircraft carrier, the USS Abraham Lincoln (CVN-72). Her most recent command was of the USS San Diego (LPD-66).

Bauernschmidt has accumulated over 3,000 flight hours in naval aircraft. In addition to her military awards, including the Defense Meritorious Service Medal, she also earned the 2011 Admiral Jimmy Thach Award and Captain Arnold J. Isbell Trophy for tactical innovation and excellence. “For me, it is about supporting and defending the Constitution of the United States,” Bauernschmidt said in her 2018 interview. “But it’s also about these young men and women that I lead every day.” Her historic achievements have paved the way for future female sailors to continue to break barriers.