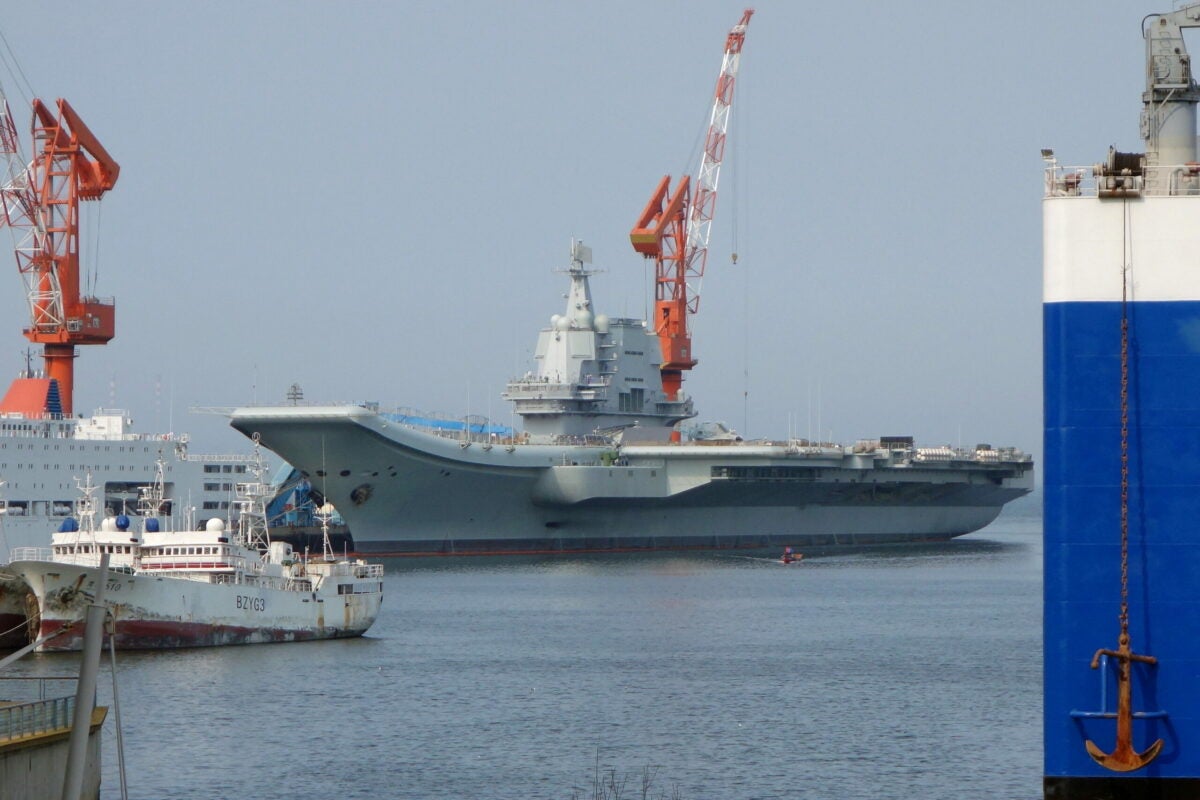 There’s a reason certain areas of the South China Sea are hotly disputed. There are an estimated 11 billion barrels of oil just waiting to be tapped down there. There are also 190 trillion cubic feet of natural gas reserves.

While many countries lay claim to the vast petrochemical fields underneath the South China Sea, including Brunei, Indonesia, Malaysia, the Philippines, Taiwan, and Vietnam, only China has the economic and military might to build man-made islands there – and then militarize those islands with scores of troops.

The latest military forces China is sending to the region is a first for the Chinese Communist Party: its very own, home-built aircraft carrier, the Shandong.

Until those areas of the South China Sea claimed by China are officially recognized as belonging to anyone, the United States Navy will continue to conduct “Freedom of Navigation” missions right through those areas, daring China or anyone else to do something about it.

U.S. Navy ships routinely enter the areas closest to the Spratly and Paracel Island chains, just two of many archipelagos which have either been artificially increased in size by China or have been completely constructed by the communist nation. China has artificially added 3,200 acres of land to the sea in the past decade.

While China has as many as 27 military outposts spread out among the islands of the South China Sea, with various ports, airstrips, aircraft and anti-air defenses, the United States sends its combat ships on these exercises on a regular basis because much of the world doesn’t recognize the legitimacy of Chinese claims on the region.

Freedom of Navigation through the disputed area is important because the area claimed by China covers an important sea lane. Conservative estimates say at least $3.3 trillion of shipping per year runs through those lanes, along with 40% of the global supply of natural gas.

The Chinese carrier Shandong recently departed its homeport of Sanya for the South China Sea to conduct exercises in the disputed areas. The ship finished construction just two years ago and is still in its testing phases according to Chinese news outlet Eastday.

Shandong is replacing China’s other carrier, the Soviet-built Liaoning, as the latter returns to its homeport for maintenance. China complained about the presence of a U.S. Navy destroyer, the USS Mustin, accusing the destroyer of conducting illegal reconnaissance operations on the Liaoning.

The United States Navy says everything the Mustin was doing in the South China Sea was legal. The U.S. Navy has increased its presence in the area by as much as 20% over the past year. It flew at least 65 reconnaissance missions in the South China Sea in April 2021, according to Chinese military think tanks. The Chinese Navy has responded with a 40% increase in naval presence.

Despite the tensions in the region, the proximity of the two navies’ ships is unlikely to spark any kind of international incident. Both countries’ military forces conduct routine exercises there, regardless of the outrage or complaints they elicit from one another’s governments.

The United States is determined to prevent military escalation in the region as claimants to the territory, especially the Philippines, turn up the heat on their rhetoric.

Disputes over the region are also unlikely to disappear anytime soon. Though the United Nations and the Permanent Court of Arbitration at The Hague have ruled against each and every Chinese claim on the area, China refuses to acknowledge the courts’ authority on the issue.