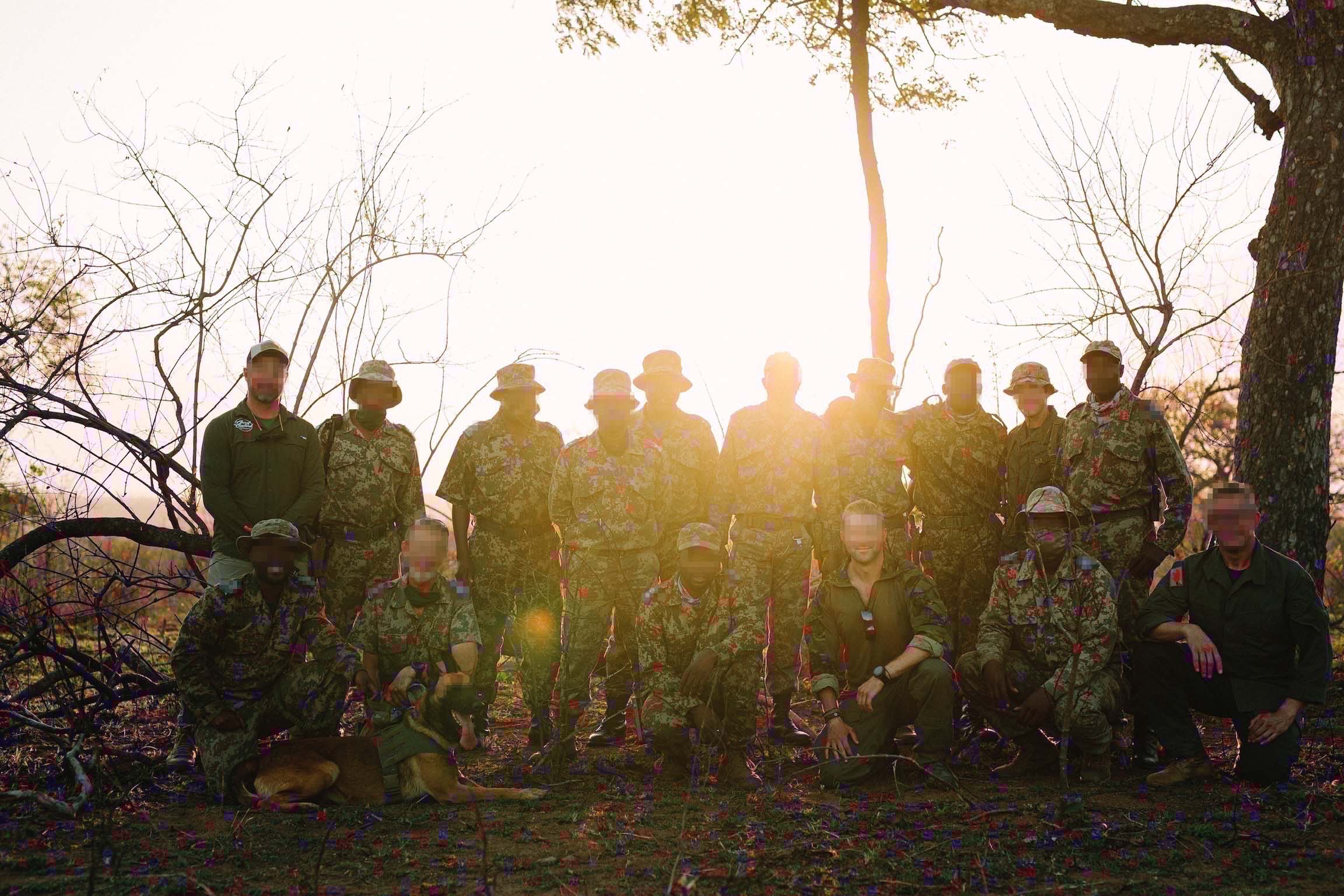 The rhino is a critically endangered animal. It is poached for its horn which, pound for pound, is worth more than gold, diamonds or cocaine. Sadly, because of this criminal activity, certain species of rhino could go extinct within a generation and the rhino as a whole could be lost within ten years. Dedicated Rangers in Africa are on the frontlines of what has become known as the Rhino War. These wildlife warriors put their lives on the line against poachers to protect rhinos and other endangered animals. As with any war, having an asymmetric advantage can mean the difference between victory and defeat. That’s where Eco Defense Group comes in.

Eco Defense Group operates by invitation only. Recognizing that they are guests in whatever country the wildlife preservation fight takes them, the group conducts a very thorough analysis of the threats that the Rangers face in their particular area to determine what capabilities can be brought to the fight to counter them. “We go where we’re asked to and we consult on a solution to whatever the problem is,” Edmondson said. Individuals with the desired experience and skills from the special forces community are then brought in to advise and train Rangers as necessary.

In October 2020, Eco Defense Group was asked to provide training to the Marine Rangers on Bird Island in South Africa’s Addo Elephant National Park. Incredibly, the park is the only one in the world with the “Big 7:” Black rhino, elephant, buffalo, lion, leopard, great white shark, and humpback whale. Eco Defense Group’s Special Mission Unit veterans provided the Rangers with tier one training on both land and sea, including maritime patrolling in low-light conditions.

Also in 2020, Eco Defense Group introduced a new kind of K9 unit to the Majete Wildlife Reserve in Malawi. The reserve recently reintroduced wild dog, cheetah, rhino, elephant, and lion to their family of wildlife. To protect them, the group acquired two Belgian Malinois and sent some of the world’s foremost K9 Malinois trainers to Majete. “Dogs will be a force multiplier,” Majete Park Manager John Adendorff told Eco Defense Group. “They will assist in reducing tracking time and lead to increased arrest of poachers.” As with all Eco Defense Group operations, the ultimate goal is to deter poachers and eliminate confrontations with Rangers entirely.

Crucially, Eco Defense Group is not a kinetic organization. Rather, they support the Rangers on the frontlines through training and equipment. “This fight and this mission belongs to those Rangers,” Edmondson said of the group’s operational philosophy. “We want to be in support of them.” In this way, Eco Defense Group very much embraces the core ability of special forces: sending a small group of highly skilled individuals to train and equip a local force to fight their own fight better than their enemy.