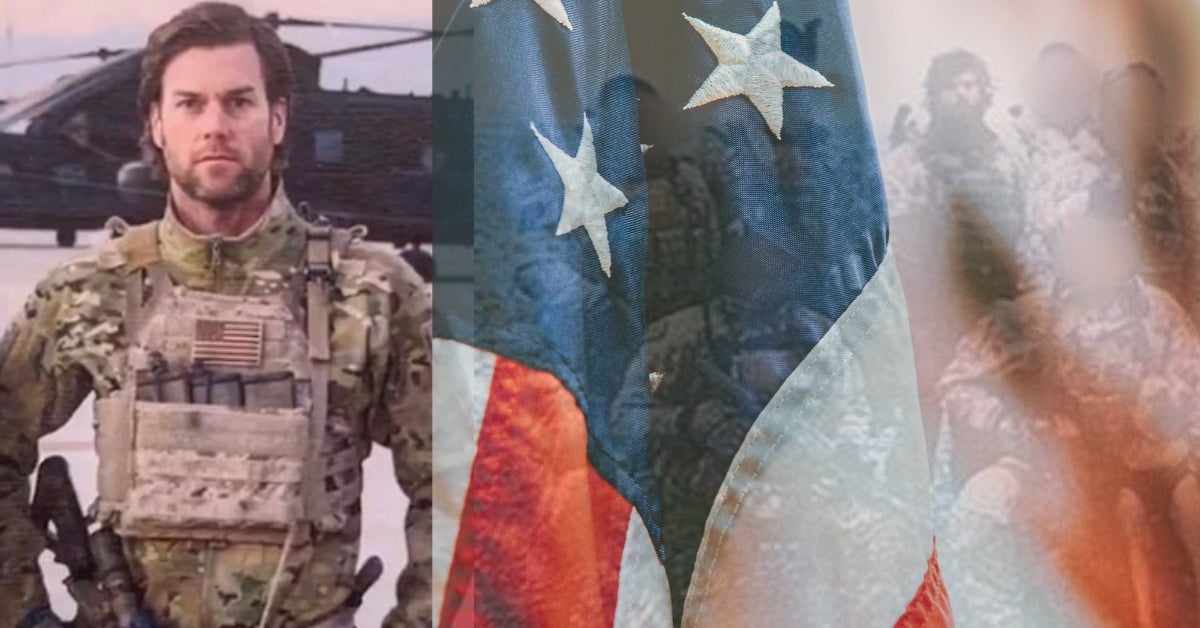 After giving over 21 years of his life to this nation, Navy SEAL Senior Chief Chad Wilkinson died by suicide on October 29, 2018. His wife Sara and GORUCK are on a mission to stop other veterans from doing the same.

In 2008, GORUCK was founded by veteran Green Beret Jason McCarthy and his wife, Emily. The two founded the company together out of her house in West Africa, where she was stationed as a CIA agent. Their company motto highlights service being a way of life: Building Better Americans, stronger communities, empowered people.

“I joined after 9/11 because of 9/11, (Jason) McCarthy explained. “I felt I needed to serve something bigger than myself and also wanted revenge, quite frankly. I was in Special Forces from 2003 until 2008 and got out to start GORUCK which is patterned after the Special Forces. Since the beginning it’s always been important to us to give back. Veteran suicide has been an enormous challenge in our community and our country.”

Although the CDC lists warning signs and concerning behaviors to look for in someone who may be suicidal, Sara Wilkinson said none of the typical red flags were present in Chad — he had never talked about struggling with anything. But she also admitted spouses tend to chalk things up to “that’s just how they are” due to the nature of their job. For Chad, it was more than a job.

Being a SEAL was the dream he told her about when she was just 13 years old. “We were military kids who met on base at a DoD high school. He always wanted to be a SEAL and that’s where the path took us,” Sara explained.

Chad even left college early to enlist in the Navy, following in the footsteps of an uncle and his own father who’d both been SEALs. “It was always in his heart to serve this country. Chad graduated from BUD/s Class 204 in 1996 and went to SEAL Team 8 after completing his medic training at Fort Bragg,” she said.

After 10 years with the team, Chad got out. “We absolutely hated it,” Sara laughed. In less than three years, Chad was back in. This time, he was initially sent to the west coast but was fast-tracked to SEAL Team 6. Also known as the Naval Special Warfare Development Group, widely known to be comprised of the most elite special operators in the world.

“There were multiple deployments — way too many,” Sara said. “As time went on they all changed. I am probably one of the few spouses who will say it outloud. They are just made to be larger than life humans. That affects them too.”

Traumatic Brain Injury or TBI, is a very real diagnosis making the rounds for veterans. But there are some brain traumas within the scope of TBI being missed in scans. After Chad’s death, Sara donated his brain for medical research. The results showed significant “interface astragal scarring” — caused by blast waves.

In 2016, a study of eight brains of veterans who’d died by suicide or drug overdose revealed the same damage undetected by typical scans.

“When you’re talking about people who’ve done multiple deployments, shooting RPGs — I mean they are blasting doors constantly not just overseas but in training,” Sara explained. “Basically, it not only deteriorates your brain but affects your entire body at the physiological level. It’s really hard when you’ve loved someone your whole life to think like, ‘That broke him?’ He was unbreakable.”

Though McCarthy personally didn’t know Chad, he said his story resonated deeply with him. The GORUCK Team wanted to do something to honor him and bring awareness to the issue. It was here the idea for the Veterans Day Chad 1000X Workout was born. In 2020, the initiative raised over $100,000 for the Navy Seal Foundation and other veteran mental health programs.

“It was incredibly humbling how many people took to the workout and how widespread it got in such a short amount of time. When you lose someone who is so close to you, all you want is for someone to know the person you loved,” Sara said through tears.

Though the often quoted 22-a-day statistic may fluctuate, the number is an alarming trend which no amount of funding seems to be able to adequately address. “We are looking for things to blame and I believe the solution is far more foundational. The solution is bringing people together and not letting people isolate to the point of loneliness, depression or anxiety,” McCarthy explained.

For both Sara and McCarthy, they see the way the symptoms are hidden due to fear or shame. “My hope for this would be to normalize it because it doesn’t discriminate across the board. We’re about to reach a point where when someone retires at 20 years, they’ve spent their entire career at war,” Sara said. “I do think there should be a conversation about being okay that it will affect you and it doesn’t make you less.”

McCarthy echoed the sentiment. “Someone like Chad who everyone thought was unbreakable, broke. It’s not because he was born to break, either. It’s a cautionary tale to everyone out there. He hid this really well,” McCarthy said. “There is no easy button or easy fix. We want to raise awareness and funding and stress the idea of people coming together.”

Though Sara is grateful his memory will live on with the Chad 1000X through GORUCK, the workout is about the current veterans and their spouses, she said. “They are hurting, very badly. For me, that is where my heart is. I would do just about anything for this to not happen to someone else.”