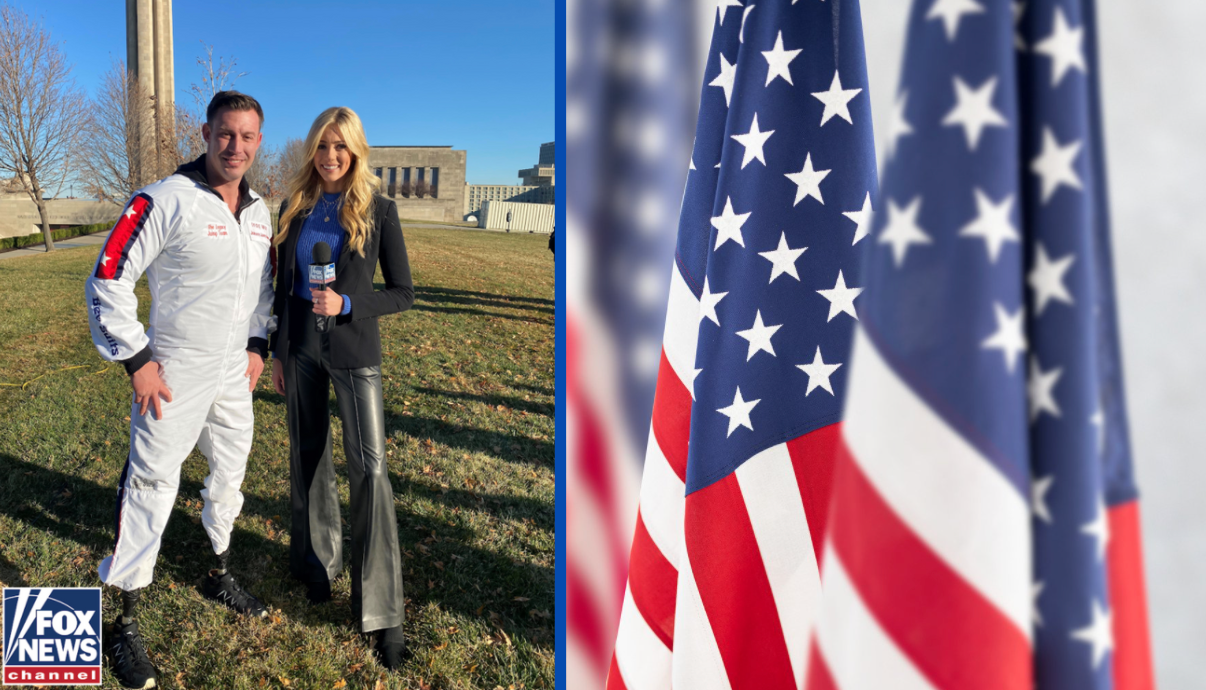 The signing of the Declaration of Independence on July 4, 1776 isn’t the main reason our country should dive into this weekend’s 4th of July festivities. Abby Hornacek, FOX Nation’s travel and lifestyle host, reminds us it’s really for all of the courageous Americans who willingly raise their right hand to serve and for the fallen lost to the never ending pursuit of securing our freedoms.

This weekend Hornacek will be broadcasting live from the Airshow in New Century, Kansas, and the World War I Museum and Memorial in Kansas City, Missouri.

Her journey to the poppy fields at the memorial honoring the heroes of World War I would be a somber reminder of the importance of recognizing the meaning behind the 4th of July. “It’s incredible because it really gives context to what our men and women in the military throughout history have done to set up our freedoms to live in today’s world,” she explained.

Hornacek touched on the recent tragedies with COVID-19 and the strife seen and heard throughout the country due to ideological differences. “It’s really special to me to come to a place like this [Kansas City] and witness firsthand how they honor our flag and the United States. They honor the fact that all of this wasn’t given to us,” she said. “It was earned on the hard work and sacrifices of human beings.”

She is also planning a lot of fun and interesting stops to celebrate the day.

“There’s a really big jazz tradition here in Kansas City so we went to a jazz club in a historic building and went to get barbecue at Joe’s Kansas City. I found that to be the biggest conversation starter with anyone,” she said with a laugh.

Another part of the weekend that she said she is really excited about is the truck giveaway for a wounded warrior. You’ll also get to see her jumping out of a plane and it won’t just simply be the average skydiving experience because she’ll be doing it with the Navy Leap Frogs.

“To be able to celebrate not only them [service members] but the families involved is such an incredible honor. I am really happy that on 4th of July we [FOX] highlight patriotism because it takes a lot of sacrifice,” she said.

Beginning on Friday, July 2, 2021, Fox and Friends will kick off the 4th of July Proud American programming with a morning interview and performance with country singer Toby Keith. Viewers will get to see some of Hornacek’s adventures, too. “I think the whole goal of our proud American coverage is just to again highlight what 4th of July is really all about,” she shared.

On Saturday, July 3, 2021, Griff Jenkins will co-anchor FOX News Live from the Eisenhower Memorial in Washington, D.C.,12-2pm Eastern. Then for the big day, Hornacek shared how FOX has a full 24 hours of what she called “extraordinary programming dedicated to highlighting the importance of Independence Day and its history.”

Hornacek ended with sharing her hope of this day bringing the country together in a shared sense of appreciation for where we as a nation came from and the lives we are able to live because of the sacrifices of so many following that fateful declaration.

As the country gathers together to celebrate with friends and loved ones with barbecues and fireworks, the Proud American programming produced by FOX News Channel aims to reinforce the deep meaning behind this important American holiday.

It isn’t about debating the current division of opinion regarding protesting anthems or our flag for social justice, either. The 4th of July should be a reminder that though we are still imperfect as a young nation, part of the greatness in our country is in the ability to continue to fight and strive toward the best version of what we know we are and absolutely can be. And it’s because of the hard work and sacrifice of so many lives in the past, today and in the future, that we can do it at all.

If nothing else, there is one unarguable reason we should rejoice together as free American citizens on Independence Day. Because we can.

You can learn more about the history of the 4th of July by clicking here.