The new USPS truck will be built by Oshkosh Defense 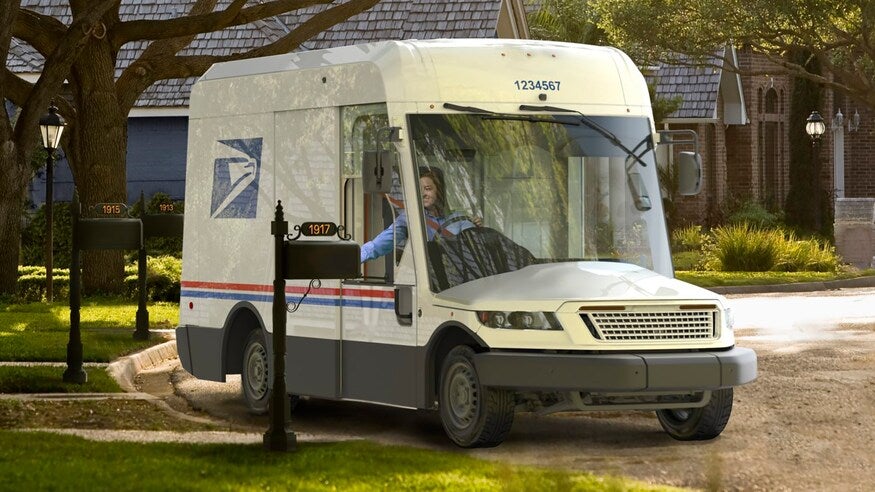 The United States Postal Service is intrinsically linked with the military. Military mail operates as an extension of the USPS and the postal service is one of the largest employers of veterans in the country with over 97,000 as of 2020. What many people may be surprised to learn is that the iconic right-hand drive mail trucks used by the USPS was manufactured by Grumman (now Northrop Grumman), the same defense contractor that made iconic Navy fighter planes like the F6F Hellcat and the F-14 Tomcat. However, the postal fleet of Grumman Life Long Vehicles have exceeded their service life. On February 23, 2021, the USPS announced that Oshkosh Defense had been awarded the design and manufacture contract for the Next Generation Delivery Vehicle to replace the LLV. “[It’s] the most dramatic modernization of the USPS fleet in three decades.”

The Grumman LLV was manufactured from 1987 to 1994 and was intended to have a lifespan of 24 years. Built at Grumman’s Montgomery, Pennsylvania plant, over 140,000 LLVs are in service with the USPS. The truck has also been exported and is used by Canada Post. Despite their intended lifespan, the majority of LLVs have been in use for over 27 years due to a service life extension program in 2009. The USPS has introduced vehicles to augment the LLV like the Dodge Caravan Cargo minivan, but a dedicated replacement was needed.

The NGDV contract includes an initial $482 million investment and calls for the delivery of 165,000 U.S.-built vehicles over a 10-year period with the first deliveries in 2023. Oshkosh Defense is no stranger to government contracts. The company currently supplies the majority of the military’s wheeled vehicles. These include the FMTV, HEMTT, JLTV (the Humvee replacement), and M-ATV, just to name a few. Like the improvements that these vehicles featured over older military vehicles, the NGDV promises to feature a number of improvements over the LLV.

Designed to meet 21st century needs, the NGDV will be larger, taller, and include airbags and air conditioning. It will also be equipped with back-up cameras, a forward collision warning system, automatic front and rear braking, and blind spot detectors. The NGDV will remain right-hand drive, but will feature an enlarged windscreen to improve visibility. These additions are huge improvements over the LLV and will greatly increase the safety and working conditions for the letter carriers that operate them.

Another issue with the LLV was its fuel efficiency. Despite an average EPA fuel economy of 17 mpg, the actual average fuel economy reported by the USPS is 10 mpg. This is due to the extensive stop-and-go nature of residential mail delivery. To address this, the NGDV will be available with two different engines. The first is a low-emission traditional internal combustion engine. The second is a battery-powered motor. To futureproof the NGDV, vehicles fitted with internal combustion engines will be able to be retrofitted with electric motors in the future. This will allow the USPS to slowly adapt its fleet as electric vehicle infrastructure grows while still meeting the needs of routes that electric vehicles wouldn’t be able to reach until then.

The LLV is expected to remain in service past the NGDV’s introduction in 2023. Total replacement of the LLV by the NGDV is not yet forecated. In the meantime, Oshkosh Defense is working to finalize the NGDV’s design and tool a dedicated assembly plant. If you’ve ever wanted a surplus Grumman product, but couldn’t afford an F-14, a retired LLV might be your best bet.