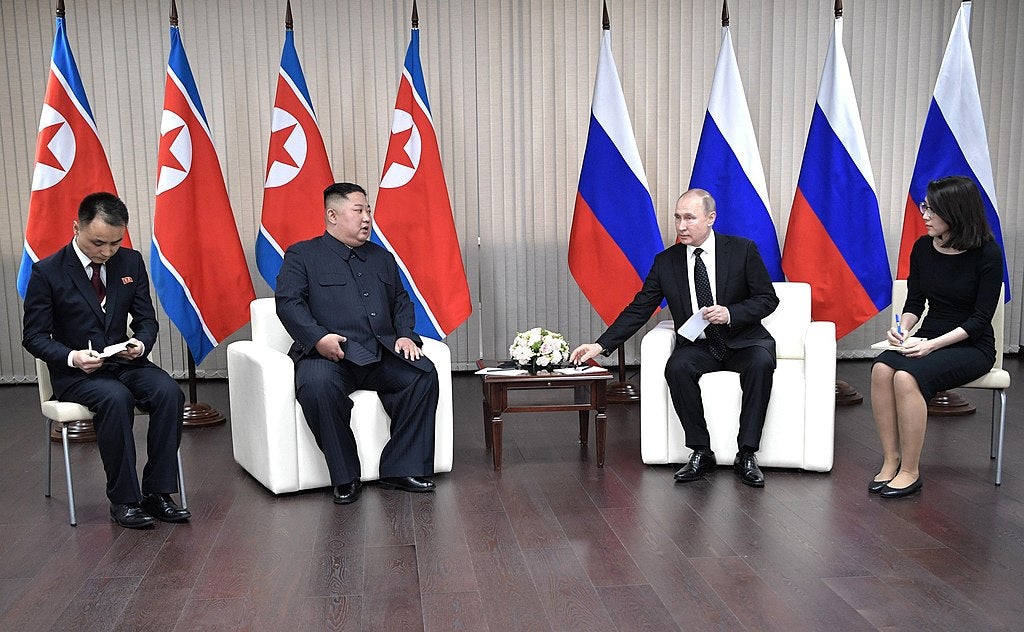 It also says nuclear retaliation will be “automatic and immediate” if Kim Jong Un is incapacitated by hostile action. It’s just one more passive-aggressive move from the Democratic People’s Republic of Korea (DPRK), which calls itself a “responsible nuclear weapons state.”

This policy on North Korea’s nuclear forces comes from a Sept. 8 action in the Supreme People’s Assembly of the DPRK, Kim Jong Un’s rubber-stamp legislative body and contains more than a threat against the North Korean leader. Other state leaders are protected by the policy, which allows for preemptive nuclear arsenal strikes if the country feels threatened.

North Korea has declared itself an official nuclear weapons state with this latest legislation. After decades spent building its nuclear arsenal, Kim Jong Un declared he will “never give up nuclear weapons and there is absolutely no denuclearization, and no negotiation and no bargaining chip to trade in the process.”

“Let them sanction us for 100 days, 1,000 days, 10 years or 100 years,” Kim said. “We will never give up our rights to self-defense that preserves our country’s existence and the safety of our people just to temporarily ease the difficulties we are experiencing now.”

Nuclear weapons are essential to keeping the Kim regime in power in North Korea. Kim believes that denuclearization is an effort to undermine his hold on power and that the loss of nuclear weapons would either lead to the weakening and collapse of the regime or an ouster by external forces.

This latest law is a dangerous move for the region. The old thinking held that Pyongyang would only use its nuclear arsenal in the event a foreign power attacked North Korea first.

“In case the command and control system over the state nuclear forces is placed in danger owing to an attack by hostile forces, a nuclear strike shall be launched automatically and immediately to destroy the hostile forces including the starting point of provocation and the command according to the operation plan decided in advance,” the new law says.

Nuclear retaliation from North Korea would be possible for any nuclear or conventional strike on North Korean leadership, command and control forces, as well as current  “important strategic objects” or those “judged to be on the horizon.” Any kind of “catastrophic crisis” threatening the North Korean people or government could also spark a nuclear response from the Hermit Kingdom.

In February 2022, then South Korean Presidential candidate Yoon Suk-yeol, declared his position that a “preemptive strike against the kill chain” in North Korea would curb the possibility for war and protect the peace on the Korean Peninsula. Yoon Suk-yeol was later elected president of South Korea, and the new law from North Korea is believed to be a response to the president’s position.