The Armenia-Azerbaijan War explained - We Are The Mighty 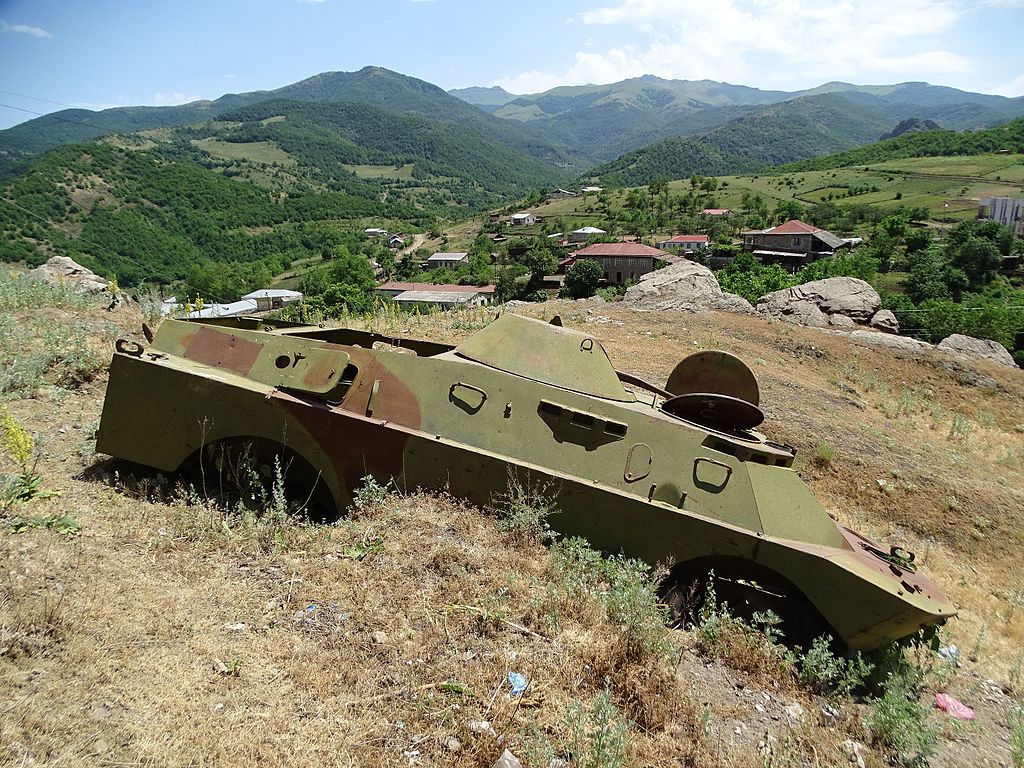 On the heels of her recent trip to Taiwan, House Speaker Nancy Pelosi visited another global powder keg in late September. This time, the setting was the site of the Armenia-Azerbaijan War, the latest in a conflict that has its roots in the end of World War I. It’s also a setting that is very firmly in Russian President Vladimir Putin’s sphere of influence.

The area is especially important for the global economy as the South Caucasus region is a crucial hub for oil and gas experts from Azerbaijan to the world markets. The fighting also brings another front for Russia and Turkey’s ongoing competition for influence in that part of the world. If a shooting war erupted, Turkey’s status as a NATO member could spark a greater, global conflict.

During the days of the Russian Empire, the region in dispute, today called Nagorno-Karabakh,  was under control of the Russian Tsar. When the Empire fell to the Bolsheviks during and after World War I, ethnic tensions and violence began in the area almost immediately, as it was recognized as territory of Azerbaijan but populated by Armenians.

The Bolsheviks tacitly supported the Armenian claim to the area and when fighting first broke out in 1918, it saw Armenian and communist forces clash with Ottoman and Muslim troops. Thousands died on both sides, but Azerbaijan suffered ten times the losses. That same year, the British intervened for Azerbaijan, but it was not enough to force Karabakh to submit to Azerbaijani rule.

At the Paris Peace Conference of 1919, the same conference that ended World War I, Karabakh was placed under the rule of Azerbaijan. Armenians there rejected the determination and fighting broke out in 1920. The Soviet Union sent a massive force into the area and quelled the war. Soviet leader Joseph Stalin decreed Karabakh would be controlled by the Azerbaijan Soviet Socialist Republic, but would be autonomous.

That’s how it went for 65 years under Soviet domination. There’s not much you can do about a situation when it’s dictated behind the Iron Curtain. Armenians living in Karabakh resented the 65 years of being ruled from Baku, being cut off from the Armenian SSR and slowly being squeezed out of the territory while ignoring the needs of ethnic Armenians. The moment the Soviet Union loosened its grip, violence started almost immediately.

Pogroms on both sides ensued, as Armenians are mostly Christian and Azerbaijanis are mostly Muslim. Moscow tried to allow Azerbaijan more authority in Nagorno-Karabakh, but the leadership of both Armenia and Karabakh decided to declare an immediate joining between the two countries. When that failed, Karabakh declared independence from Azerbaijan. Then the Soviet Union fell entirely.

In 1991, full-scale fighting broke out between newly independent Armenia and newly-independent Azerbaijan over the region. The Russians supplied weapons to both sides of the conflict, but Armenia received the bulk of it. Thousands were killed and hundreds of thousands became refugees. By 1994, both Turkey and Iran threatened a response to Armenia as it controlled 20% of Azerbaijan, including Karabakh.

Fighting broke out again in 2020, as Nagorno-Karabakh, now calling itself the Republic of Artsakh, was suddenly attacked by an Azerbaijani offensive supported by Turkey. Russian, French, and U.S. ceasefires could not stop the conflict as Azerbaijan captured the non-mountainous areas of the country. A Russian ceasefire agreement ended the war on Nov. 10, 2020, which ceded all territory captured by Armenia in 1994 back to Azerbaijan after 44 days. Thousands were killed, tens of thousands were wounded, but things were clearly far from settled.

With Russia busy in Ukraine, Russian peacekeepers are increasingly ineffective and tensions flared in September 2022. Both sides of the conflict blame each other for starting the most recent round of violence.