The US Navy conducted war games in the Black Sea, angering Russia - We Are The Mighty

The US Navy conducted war games in the Black Sea, angering Russia 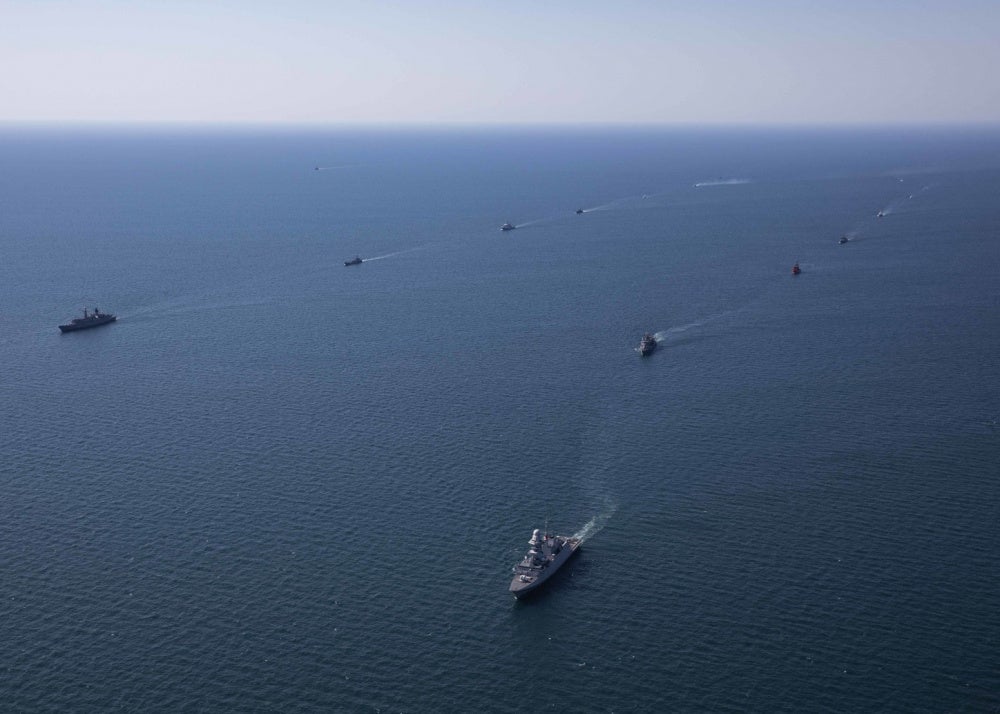 In the ongoing game of raising and lowering tensions on Russia’s doorstep, the United States Navy has once again raised eyebrows in the Black Sea. This time, it’s defending a number of drills it conducted in the area as “essential.”

The exercises, called Sea Breeze 2021, weren’t a surprise to anyone. It was a scheduled series of exercises, complete with photos and video available on the publicly available Defense Visual Information Distribution Service (DVIDS). It even has its own Twitter account. The exercise has been held annually since 1997, according to the U.S. Navy.

But this year is a very different year, as tensions between Russia, Ukraine and the United States and its western allies have been mounting in recent months.

Earlier in 2021, as many as 30,000-60,000 Russian ground troops were massing on its border with Ukraine, leading many to believe that an invasion similar to the 2014 annexation of the Crimean Peninsula was imminent. The United States and the United Kingdom attempted to move naval forces into the area as a show of support, which only angered the Russian government, increasing the tension there.

Eventually, cooler heads prevailed and much of the large Russian force was withdrawn but not before the United States was forced to keep its naval forces away from the Crimean Peninsula. Even so, British and Dutch forces came in contact with Russian forces in potentially explosive confrontations.

When the long-planned Sea Breeze 2021 exercises kicked off, Russia condemned them as a military provocation. Russian Foreign Minister Sergei Lavrov said the western forces there risked provoking the Russians.

Russian Deputy Foreign Minister Sergey Ryabkov even said the western ships “would be better off leaving their provocations aside next time and staying away from that area because they will get clocked in the nose.”

The Black Sea is just another front in the ongoing conflict over Ukraine, and Russia’s dwindling sphere of influence in Eastern Europe and the Black Sea region. While Black Sea waters are an important area for Russia’s foreign trade, the Russian bear also uses its influence there to choke Ukraine’s trading capabilities.

U.S. Navy officials say the Sea Breeze exercises are an essential element in deterring Russian aggression toward its former Soviet client states, especially ones like Ukraine who believe their future lies with the West. Ukraine is still fighting pro-Russian separatists in the eastern portion of its border areas.

Meanwhile, as Sea Breeze 2021 continued, Russia began its own series of naval and air exercises, which included air-to-air refueling, strategic missile carriers and air defense systems. These were all designed to counter what Russia believes is an attempt to establish new military installations closer to Ukraine, a threat to Russian sovereignty and something Vladimir Putin said he would not allow.

In a statement in July 2021, Putin told a gathering of reporters that in case of war between Russia and the West, Russia would prevail.

“They know they cannot win this conflict,” Putin said. “We would be fighting for our own territory; we didn’t travel thousands of miles to get to their borders, they did.”