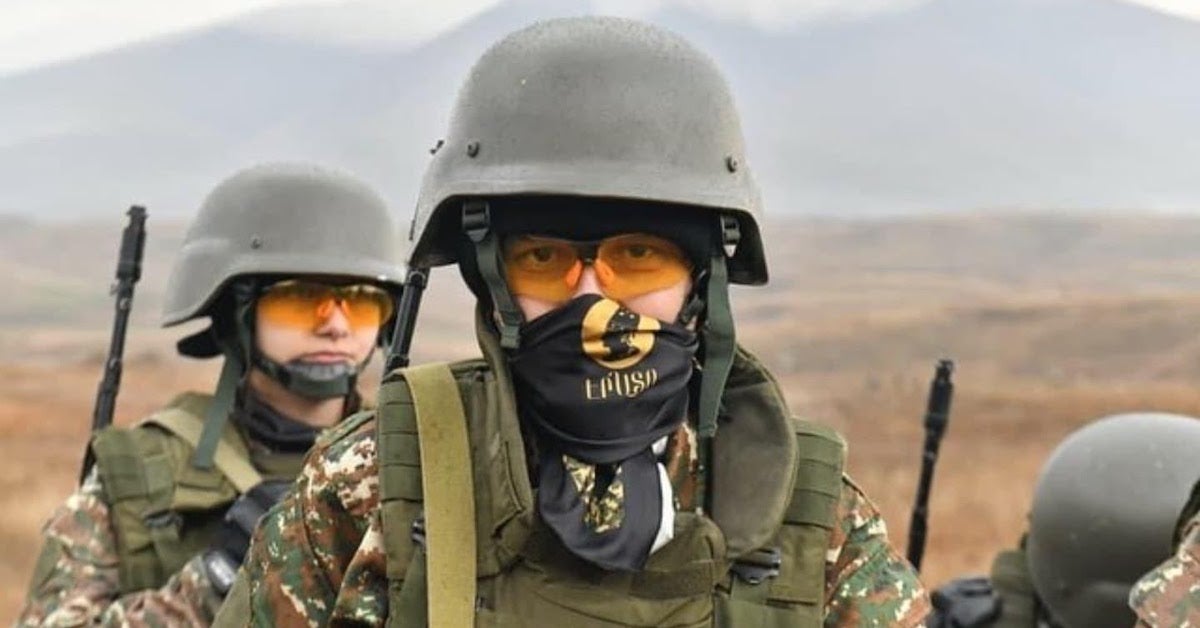 Armenia and Artsakh, the previously self-determined independent country bordering Armenia with a majority Armenian population, spent the better half of fall 2020 at war with neighboring Azerbaijan and Turkey. The conflict drew worldwide attention with mercenaries being brought in from Syria to fight against Armenian diaspora who came from around the world to fight for their cultural home.

On November 10, the Prime Minister of Armenia announced an unpopular ceasefire in which the historic Armenian homeland of Artsakh would be returned to Azerbaijan. The terms of the ceasefire, brokered by Russia, included that Turkish and Russian troops would guard the Armenian-Artsakh border for the next five years. Though this was not the end to the conflict that either Armenia or Artsakh wanted, a historic glass ceiling was broken for the women of Armenia; the first all-women military unit was created.

Prior to the Azerbaijan-Artsakh war, women in military service in Armenia was a fairly new concept. During the first war with Azerbaijan over Artsakh which took place from 1991-1994, at least 115 Armenian women are known to have taken part in combat throughout the conflict. However, the military academies in Armenia were not opened to women until 2013. The Marshal Khanperiants Aviation Institute, where pilots and air defense officers are trained, admitted 5 women in 2013, the first military academy to do so. The next year, the Vazgen Sarkissian Military University admitted its first group of female cadets. Now, in 2020, the Prime Minister of Armenia’s wife has formed the first all-women military unit in the ancient country’s history.

August 2020, a month prior to the resurgence of violence over the disputed region, Anna Hakobyan, wife of Prime Minister Nikol Pashinyan, underwent a seven day combat readiness training program with women from Artsakh. The next month, Hakobyan created a voluntary 45-day basic training program for women aged 18-27. Following successful completion of the program, these women could elect to formally join the armed forces.

In October, a month into the Artsakh war, Hakobyan created an elite unit of 13 females called the Erato Detachment. The unit is named for Armenian Queen Erato, who ruled during the turn of the Common Era. The women of the Erato Detachment underwent more intense military training exercises in preparation for a frontline deployment. In early November, after extensive evaluation, their unit was deemed qualified for combat. Now, since the latest ceasefire, Hakobyan and the Erato Detachment remain on guard in their areas of responsibility. When she returns to Yerevan, Hakobyan plans to continue to grow the Erato detachment saying, “All women should go to battle when necessary.”

Anna Hakobyan answered her nation’s call to action when it was needed, despite her status in Armenia. With her commitment to the country and its people, she created the application process for the all-women military unit, scheduled their training, and got them on the frontlines alongside their male counterparts. Though the conflict is at an unpopular ceasefire, the door has been opened for Armenian women to serve their country and defend their homeland.