Everything you need to know about water contamination at military bases

Everything you need to know about water contamination at military bases 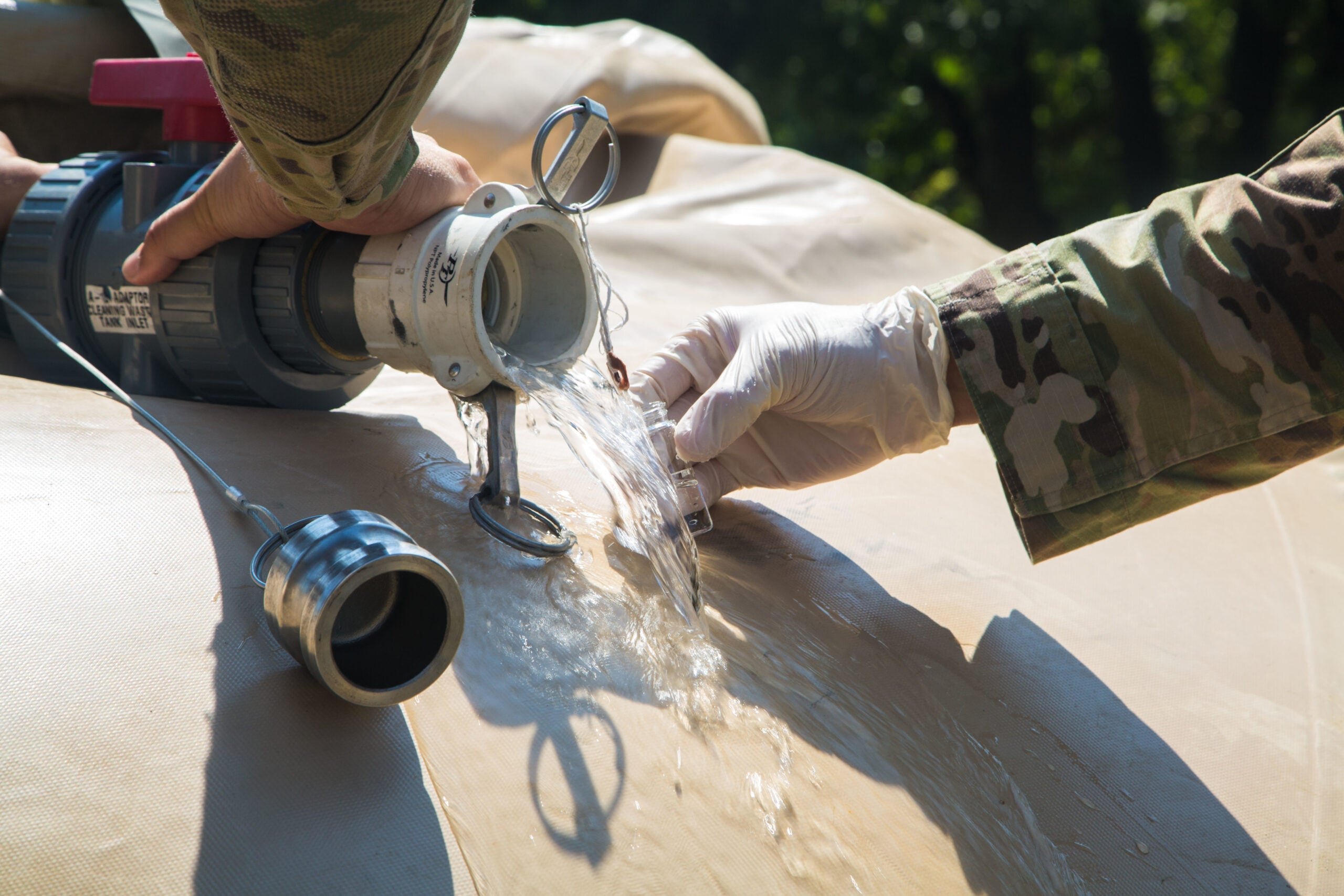 If you’ve been keeping up with the news, you’ll know that the U.S. Senate recently passed the Sergeant First Class Heath Robinson Honoring our Promise to Address Comprehensive Toxins Act, better known as the PACT Act. This is the largest expansion of Veteran Affairs healthcare in years, and covers services and benefits for veterans who may have been exposed to toxins through water contamination either in active duty, in training, or inactive duty for training.

While it’s no secret that there have been cases of toxins in military bases, the health effects are becoming more and more prevalent as the latency period, or time to develop symptoms, ends and more veterans are being diagnosed with illnesses ranging from asthma, respiratory diseases, and different types of cancers. Due to the severity of the situation, health experts and government officials are exhausting every place a military member could have been exposed. They’ve created a comprehensive list of where and how someone could have been exposed alongside a list of related illnesses, and what to do if impacted. The PACT Act also gives instructions on how to get help from the VA if you have fallen ill due to toxin exposure during your time of service.

So, what falls under toxic exposure? Volatile Organic Compounds (VOCs) are one of the major categories of chemicals found in military base drinking water and swimming water. These compounds have high vapor pressures at room temperatures, which forces them to emit gasses at room temperature that can affect indoor air quality as well as irritate most of the body. VOCs can be found in homes and products today, but the higher levels found across military bases has led to more health issues across veterans.

Forever chemicals like PFAS are also noted as toxins because they never decompose, break down, or go away, even after disposing of them. Found in flooring, cleaning supplies, gasoline, even the water you drink, enough exposure can cause nervous system damage along with other organs. In fact, most people when tested for PFAs has been found to have them in their blood; this means that while small amounts don’t necessarily hurt the body right away, they can cause life-long damage.

Also included in this act is Agent Orange, one of the chemical defoliants used in Vietnam to clear vegetation which caused late-onset health concerns, such as lung cancer and leukemia.

The list of areas where military personnel may have been exposed to these chemicals is extensive, including, but not limited to: in the field, in barracks, and in family housing units. What makes this more detrimental is the fact that most illnesses that may be directly related to these areas take so long to show. It’s only after decades after serving that cancer symptoms may pop up, the nervous system begins to break down, or respiratory systems become prevalent.

While you can always reach out to the U.S. Department of Veteran Affairs (VA) in order to track if you’ve been exposed to toxins in military bases, the PACT Act actually states that if you’re enrolled in VA healthcare, you’re actually covered for toxic exposure screening. This allows the VA to establish programs that focus on specific exposure benefits and resources, and even helps develop a plan for more toxic exposure research.

The PACT Act lists specific locations where people may have been exposed to toxic materials, making it easier to tell if veterans and their families qualify for these benefits. This includes veterans involved in radiation exposure from Spain, Thule, and Greenland, along with the Persian Gulf War and the Manhattan Project. The events and locations included vary, and truly does cover most, if not all, areas where toxic exposure may have occurred while in service.

The list of “presumptive diseases,” a term used in the PACT Act to describe diseases that may have come from being in service, range from Parkinson’s Disease to high blood pressure, to the cancers previously mentioned.

The new legislation states that veterans diagnosed with certain conditions actually no longer have to prove service. By being a part of the VA, the paperwork disappears and will allow veterans easier access to services, including mental health services, that they may need due to their time in the military. And while veterans may know they have access to these services, they may not know where to go. The VA, because of this act, will now take a more proactive approach to make sure veterans and their families have easy access, or at least know about the ease of access, to help them stay safe and healthy.

Water contamination exists on many levels, and by focusing on a multitude of toxic exposures that do not just include water intake for veterans, the PACT Act is able to address how even the smallest exposure can affect someone’s health. On a bigger scale, this act helps spread awareness of how water contamination, forever chemicals, hazard exposure, and the use of toxic materials, can impact people and their families through their entire lives.