Today in military history: First use of Agent Orange in Vietnam - We Are The Mighty

Today in military history: First use of Agent Orange in Vietnam 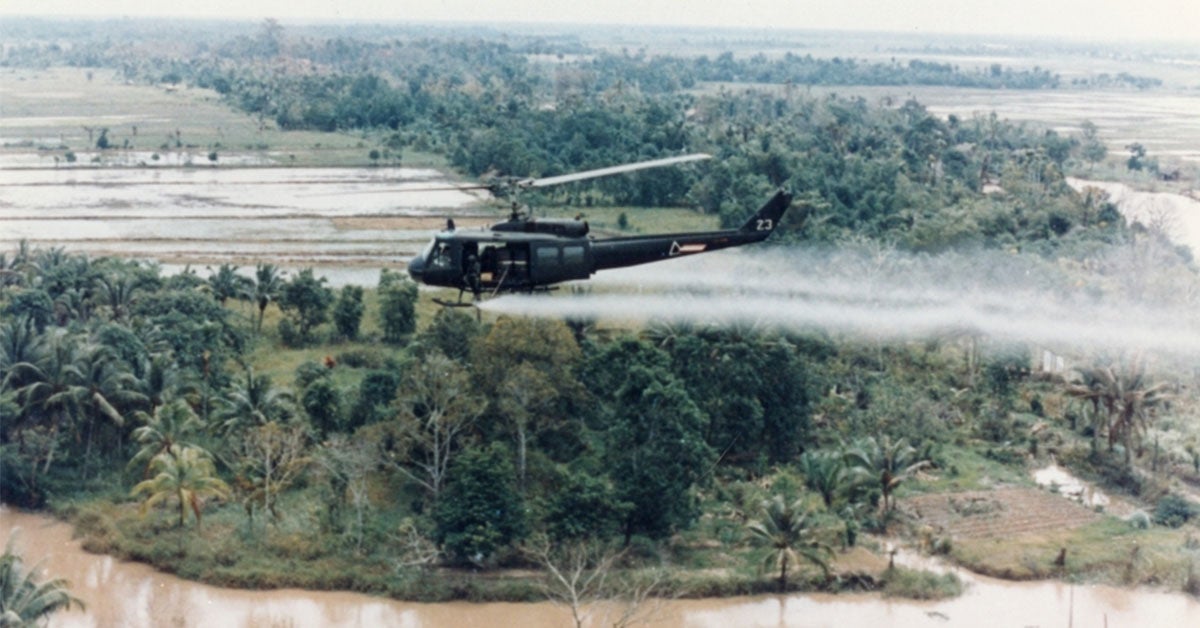 Agent Orange was a chemical herbicide used to destroy forest cover used by North Vietnamese and Viet Cong troops. In what became a program codenamed Operation Ranch Hand, the U.S. sprayed more than 19 million gallons of the chemical over 4.5 million acres of land, including roads, rivers, forests, crops and military buildings.

It should come as no surprise that Agent Orange was later revealed to cause very serious health problems, including tumors, birth defects and cancer among U.S. and Vietnamese personnel and their families.

In addition to Trichlorophenoxyacetic and Dichlorophenoxyacetic acid, Agent Orange also contains Tetrachlorodibenzodioxin. TCCD is known for being extremely dangerous, even in small amounts. When troops serving in Vietnam came home, many reported side effects of cancer, congenital disabilities in their children, miscarriages and skin diseases among others.

According to the History Channel, evidence of Agent Orange can still be found in many areas where the chemical was dropped decades ago.

Class-action lawsuits were filed on behalf of Vietnam war veterans and their families that were exposed, and finally President George H.W. Bush signed into law an act mandating that conditions resulting from exposure be treated by the VA.

400,000 Vietnamese citizens were killed or injured by Agent Orange and millions more suffer from cancer or related illnesses. When Vietnamese citizens filed lawsuits against chemical companies responsible for the chemical, however, federal judges in the U.S. dismissed the suits.

Let that sink in.