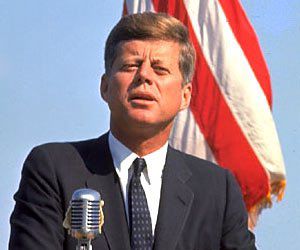 For as long as wars have been fought, great military leaders have been able to use the power of the pulpit to motivate their troops. The right words delivered in the right way at the right time have helped to turn the tide when morale was suffering, when casualties were high and ammo was low.

Here are 16 excerpts from the best orations given to key audiences during history’s crucial pivot points:

1. PERICLES appealing for war against the Spartans, 432BCE

“When our fathers stood against the Persians they had no such resources as we have now; indeed, they abandoned even what they had, and then it was by wisdom rather than by good fortune, by daring rather than by material power, that they drove back the foreign invasion and made our city what it is today. We must live up to the standard they set: we must resist our enemies in any and every way, and try to leave ot those who come after us an Athens that is as great as ever.”

2. HANNIBAL addressing his soldiers after crossing the Alps, 218 BCE

“On the right and left two seas enclose you, without your possessing even a single ship for escape. The river Po around you; the Alps behind hem you in.Her soldiers, where you have first met the enemy, you must conquer or die; and the same fortune which has imposed the necessity of fighting hold out to you, if victorious, rewards than which men are not wont to desire greater, even from the immortal gods.”

3. ST. BERNARD rallying the troops before the Second Crusade, 1146

“Christian warriors, He who gave His life for you today demands yours in return. These are combats worth of you, combats in which it is glorious to conquer and advantageous to die. Illustrious knights, generous defenders of the Cross, remember the example of your fathers who conquered Jerusalem and whose names are inscribed in Heaven.”

4. QUEEN ELIZABETH I supporting her military against the Spanish Armada, July 1588

“I am amongst you at this time, not as for my recreation or sport, but being resolved, in the midst and heat of the battle, to live or die amongst you all; to lay down, for my God, and for my kingdom, and for my people, my honor and my blood.”

“You will, by the dignity of your conduct, afford occasion for posterity to say, when speaking of the glorious example you have exhibited to mankind, ‘Had this day been wanting, the world had never seen the last stage of perfection to which human nature is capable of attaining.'”

6. GENERAL NAPOLEON BONAPARTE firing up his forces before the Battle of Marengo in Italy, June 14, 1800

“Shall we allow our audacious enemies to violate with impunity the territory of the Republic? Will you permit the army to escape which has carried terror into your families? You will not. March, then, to meet him. Tear from his brows the laurels he has won. Teach the world that a malediction attends those that violate the territory of the Great People. The result of our efforts will be unclouded glory, and a durable peace.”

“For the service you have done in this great struggle in which we are engaged I present you sincere thanks for myself and the country. I almost always feel inclined, when I happen to say anything to soldiers, to impress upon them in a few brief remarks the importance of success in this contest. It is not merely for today, but for all time to come that we should perpetuate for our children’s children this great and free government, which we have enjoyed all our lives. I beg you to remember this, not merely for my sake, but for yours . . . The nation is worth fighting for, to secure such an inestimable jewel.”

8. PRIME MINISTER WINSTON CHURCHILL before the House of Commons as the French retreat from Hitler, May 13, 1940

“We have before us an ordeal of the most grievous kind. We have before us many many long months of struggle and of suffering. You ask, what is our policy? I can say: It is to wage war, by sea, land and air, with all our might and with all the strength that God can give us; to wage war against a monstrous tyranny, never surpassed in the dark, lamentable catalog of human crime. That is our policy.”

9. PREMIER JOSEPH STALIN appealing to the Russian people to defend their soil as the German Army advances, July 3, 1941

“The issue is one of life or death for the Soviet State, for the peoples of the U.S.S.R. The issue is whether the peoples of the Soviet Union shall remain free or fall into slavery . . . There must be no room in our ranks for whimperers and cowards, for panic-mongers and deserters. Our people must know no fear in fight and must selflessly join our patriotic war of liberation, our war against the fascist enslavers.”

“I don’t want to get any messages saying, ‘I am holding my position.’ We are not holding a goddamned thing. Let the Germans do that. We are advancing constantly and we are not interested in holding onto anything, except the enemy’s balls. We are going to twist his balls and kick the living shit out of him all of the time. Our basic plan of operation is to advance and to keep on advancing regardless of whether we have to go over, under, or through the enemy.”

“You are about to embark upon the Great Crusade, toward which we have striven these many months. The eyes of the world are upon you. The hopes and prayers of liberty-loving people everywhere march with you. In company with our brave Allies and brothers-in-arms on other Fronts, you will bring about the destruction of the German war machine, the eliminations of Nazi tyranny over oppressed people of Europe, and the security for ourselves in a free world.”

13. MENACHEM BEGIN speaking to the people of Israel on the radio, preparing them for an Arab attack, May 14, 1948

“We shall go our way into battle . . . And we shall be accompanied by the spirit of millions of our martyrs, our ancestors tortured and burned for their faith, our murdered fathers and butchered mothers, our murdered brothers and strangled children. And in this battle we shall break the enemy and bring salvation to our people, tried in the furnace of persecution, thirsting only for freedom, for righteousness, and for justice.”

“Let civilian voices argue the merits or demerits of our processes of government; whether our strength is being sapped by deficit financing, indulged in too long, by federal paternalism grown too mighty, grown too rampant, by morals grown too low, by taxes grown too high, by extremists grow too violent . . . These great national problems are not for your professional participation or military solution. Your guidepost stands out like a ten-fold beacon in the night: Duty, Honor, Country.”

“The path we have chosen for he present is full of hazards, as all paths are; but it is the one most consistent with our character and courage as a nation and our commitments around the world. The cost of freedom is always high, but Americans have always paid it. And one path we shall never choose, and that is the path of surrender or submission. Our goal is not the victory of might, but the vindication of right; not peace at the expense of freedom, but both peace and freedom, here in this hemisphere, and, we hope, around the world. God willing, that goal will be achieved.”

16. PRESIDENT RONALD REAGAN hastening the fall of Communism while speaking at the Berlin Wall, June 12, 1987

(The complete transcripts of these speeches and many others can be found in Charge!, History’s Greatest Military Speeches, edited by Congressman Steve Israel and published in 2007 by the Naval Institute Press.)