5 signs you are allergic to libo - We Are The Mighty

5 signs you are allergic to libo 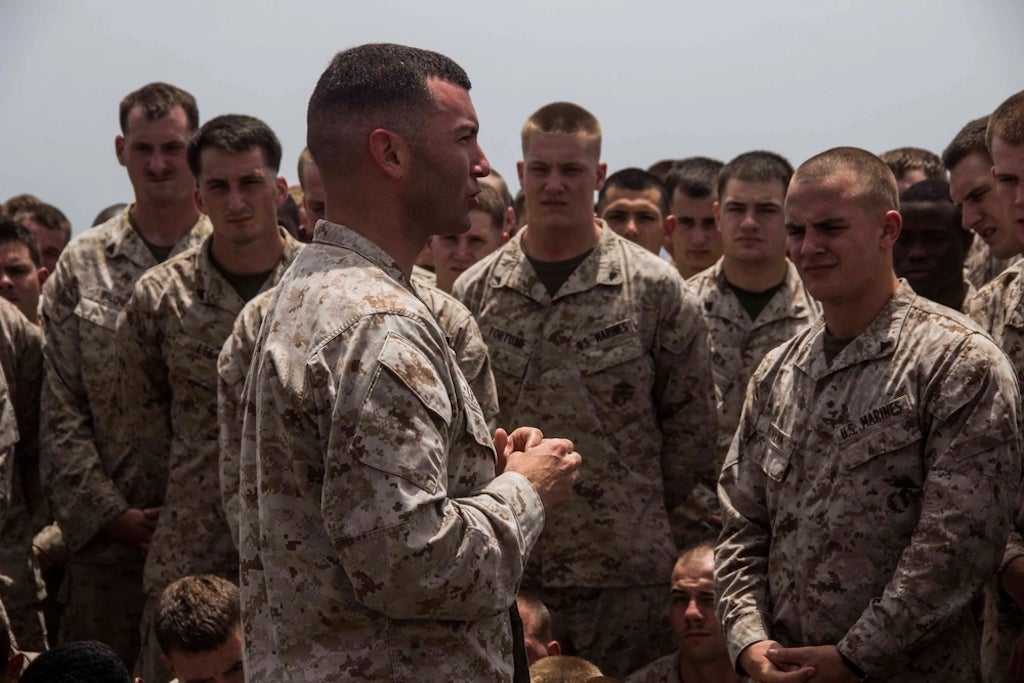 People in the military work hard. On deployment there are no days off. When training or conducting workups for deployment there are long days. Even while serving a tour outside of the operating forces, on duties such as recruiting or the drill field, the hours are so long you never see your home during daylight hours. When you finally get the weekend off, you have duty!

Time off is valuable and should be well spent. This is a lesson learned early on in one’s military career, even as early as boot camp. In Marine Corps recruit training for example, there is no time off for a recruit. There is one hour each evening known as “Senior Drill Instructor Square Away Time,” which my Drill Instructors referred to as “Communist Hour.” Although this was not free time per se, it was an opportunity to relax a little. One could read mail, write letters, and talk with friends (so long as you shined your boots, studied or conducted uniform maintenance in the meantime). It was here you learned to maximize your time to enjoy relative leisure while still being productive and ready for the next assigned task.

1. Your paycheck is gone by Monday morning

Active duty military members get paid on the 1st and 15th of every month. Often these days fall on a Friday. More often than naught the young warfighter is broke by Monday morning. How does this happen? You live in the barracks (for free). You have a meal card and eat in the chow hall (for free). The only bills you have are ones you created for yourself (cell phone, car, etc.) Surprisingly even those who do not own vehicles still wind up broke. The Platoon Sergeant kicks them out of the rack at reveille Monday morning finding a room full of pizza boxes and empty cans of energy drinks. Where did the money all go? It seems the young trooper fell victim to a combined arms attack consisting of beer-Red Bull-Uber-fast food-strip joints. When questioned he responds, “It seemed like the thing to do at the time Sir.” Recognizing that as a great one-liner from Gunny Highway in Heartbreak Ridge the Platoon Sergeant lets him off the hook. He has a barracks in which to sleep, and a chow hall in which to eat so he will survive until the next payday.

2. You are engaged to a stripper

Military bases are full of young men away from home for the first time. There are many distractions and temptations. Some of these young men are making their own moral decisions for the first time. This is often manifested in the pursuit of pleasure, ergo the concentration of strip joints. Perhaps a few of the young ladies dancing actually are working their way through college. It is more likely that they too are making less-than-wise decisions in their youth. They see “exotic dancing” as financially lucrative. It is an industry that is tied to various risky and often illegal activities. Inevitably a Lance Corporal will fall in love with a stripper. She is the one. It never works out. Be forewarned: a relationship with a stripper is the gateway to drama. It will become a money siphon. You will be deploying soon, she will not wait for you. Do not send her money. This is not a condemnation of strippers, they are simply human beings who have issues. You are a young service member that still has much to learn to adjust to this demanding lifestyle. Your life is a bit crazy. Don’t join your crazy with her crazy. It never works out!

3. You are an E-3 and drive a Mustang or Charger

How does this happen? There are more car dealerships in military towns than anywhere else in the country. The car du jour for the last two decades has either been the Ford Mustang or the Dodge Charger. They are generally purchased with a 24% APR. Junior service members are required to take classes on personal financial management. After checking that box they promptly run out and purchase a sports car. Do they look awesome in it? Yes. Can they drive it anywhere? No. By the time they make the car and insurance payments, the only thing they can afford to do is wash it and take pictures with it. Sure your social media profiles will look pretty great but you can’t afford to do anything. The best you can do at this point is charge all of your friends’ gas money to run them around town. Good luck with that.

4. You financed a tattoo

Your mom begged you not to get a tattoo. Dad was indifferent. Your girlfriend thinks it’s hot. All of your instructors and NCO’s have multiple tattoos. Much like car dealerships and strip joints, tattoo parlors are more common in a military town than ripped jeans at a Bon Jovi concert. It’s gonna happen. Warrior cultures worldwide have painted their bodies. Now that services like the Marine Corps are rolling back some of the tattoo restrictions the ink will flow. Unfortunately, many who go under the needle either really enjoy the experience of pain with the associated endorphin rush, or they simply want to continue decorating the canvas of their flesh.

A tattoo will be with you for life. As such one would think that there would be a measure of forethought, planning, and patience associated with getting a tattoo. Not so much. It is often a spur-of-the-moment, perhaps drunken, decision. If you find yourself in such a situation and you consider actually financing a tattoo, you are definitely allergic to libo. Do not take out a personal loan to pay for the sleeve tattoo that “has to be complete” before you go on deployment. It’s worth noting: no great idea emerged after you started drinking.

5. Shaving your head is an economic decision

Many service members shave their head. It’s authorized. You can’t get yelled at for a bad haircut if you don’t have any hair. If you are naturally going bald, embrace it and shave it all off. This is common, however there is another demographic. Some young warriors spend all of their money over the weekend (as outlined above) and are not ready for Monday morning. If you don’t have a fresh haircut on Monday morning you will skyline yourself. The First Sergeant will notice. You will be placed on duty the following weekend. Libo secured. You have two options to remedy the problem. You can a) have a buddy cut your hair. This generally is not recommended. The friends that actually can cut hair will charge you for it. The others will give you such a bad haircut the First Sergeant will call you out in front of the company and ridicule you in front of everyone…and then shave your head. Or you can b) shave your own head Sunday night. This is the price you pay for the life you choose. At least you exercise a measure of control over your own life. You are however allergic to libo. The only thing worse than this are those who actually budget by prioritizing money for beer over haircuts. “Get a haircut or get a six pack?” If you answer six pack, you are allergic to libo.

These 5 signs that you are allergic may seem humorous, but they actually are true. Stereotypes emerge for a reason. Truth is stranger than fiction. The author has personally seen these scenarios unfold more than once during his time on active duty. If you are allergic to libo you will either grow out of it or you won’t be reenlisting. Until then you can stand duty and grab a hot tray from the chow hall while waiting for the (non) battle cry, “LIBO!”