10 signs your time in uniform left you institutionalized 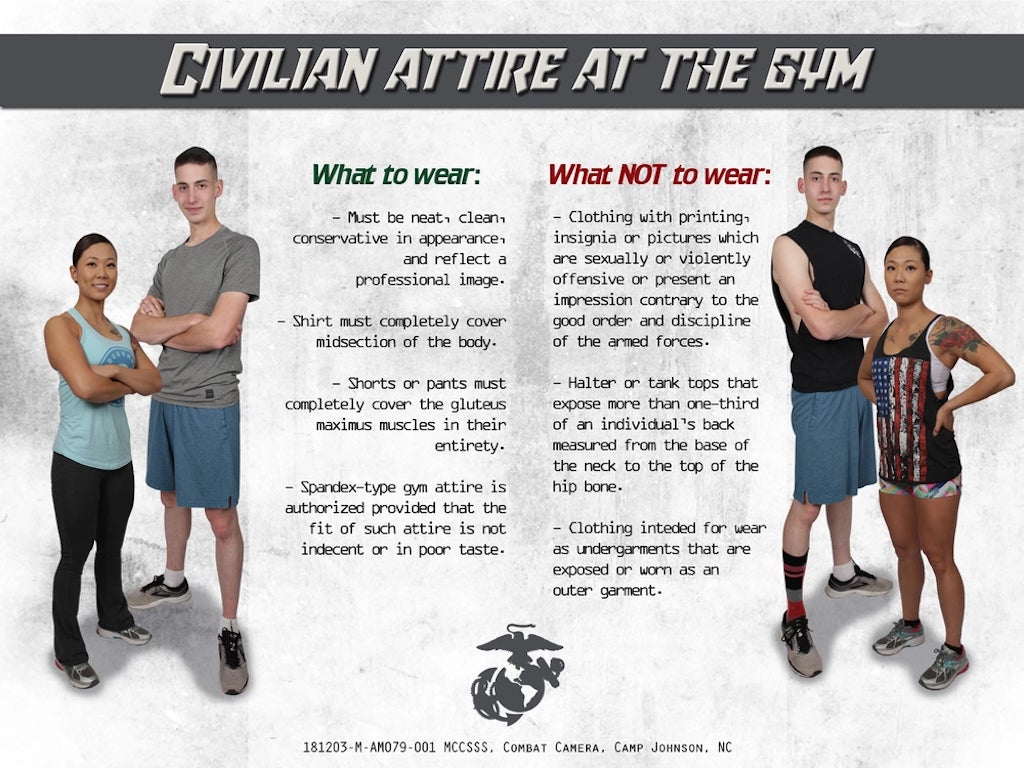 Whether you served a four-year hitch or you are a Lifer who stayed in uniform until retirement, there’s no arguing that your military service had a lasting impact on who you are. What you may not realize is the impact it had on your behavior. Some of us don’t know it but we were institutionalized, much like an ex-con who still looks over his shoulder after leaving prison, we continue to act as though we are still immersed in a military culture. If you are working as a defense contractor, no one notices. If you returned to Hometown, USA, believe me, they notice! In order for you to be able to conduct a “self-check” or perhaps to render “buddy-aid” to another veteran, listed below are 10 signs your time in uniform left you institutionalized.

1. You yell “Changing magazines!” when loading paper in the copier.

It’s office battle drill. As soon as you see the “out of paper” error, you yell out, “CHANGING MAGAZINES,” drop to a knee and pull open the tray with one hand. While looking over your shoulder, you grab a ream of paper, rip off the wrapper and insert it. In one smooth motion you stand, close the tray and yell “GUN UP” while assessing the area. Follow-on actions include finding out why Karl left an empty tray.

2. You refer to the office coffee pot as a brew-served weapon and yell “Gun up!” after replacing filter, fresh grounds and water.

That’s right, the office coffee pot is a “brew-served weapon.” Just like your time in the grunts or on convoy with crew-served weapons this baby is a force multiplier. A coffee pot out of commission is “no-go” criteria in any office setting. All hands must be trained in immediate action. When pouring the last cup of Joe you DO NOT simply set the pot back on the burner and walk away. Just like the copy machine you yell “CHANGING MAGAZINES.” Next, you dump the grounds with one hand, while grabbing fresh grounds with the other. It’s key to have your SL-3 gear pre-staged. Drop a fresh filter in, liberally apply grounds, then fill with pre-staged water. As you slam the basket home and flip the switch you yell “GUN UP” and smile. The aroma of the coffee brewing is almost as satisfying as the smell of gunpowder and cordite. Karl, refill the water.

3. “Good to go” is your default response.

Most of your co-workers say things like, “Okay Beth,” and, “Sure Mike”, or, “That sounds good David.” You however are incapable of responding with anything except the phrase, “Good to go.” Whether you are assigned a task, asked a question or simply given an update, your response is the same: “Good to go”. This happens at work and at home. Occasionally you attempt to be funny and comment something is “bad to go” but you are the only one laughing.

4. You end work meetings with the phrase, “Are there any saved rounds?”

This primarily applies to veterans of the Army and Marine Corps who make up the preponderance of the ground forces for the military. The phrase originates from rifle qualification on the range. Shooters are given a certain number of rounds and a time limit within which to fire them. Occasionally there is a weapons malfunction, and the shooter is granted another chance to fire the remaining rounds before the entire detail moves to the next yard line. This scenario is confirmed with the question, “Any saved rounds?” All staff meetings in the Army and Marine Corps conclude with, “Any saved rounds?” This is the last chance to publicly remind those slackers from the other shop to get their rosters turned in before they are late…again. When you utter the phrase in a civilian setting, no one, absolutely no one, has a clue what you are talking about.

5. When navigating crowds, you yell, “Make a hole!”

“Make a hole!” rendered such results when you were in uniform. It denotes movement and a sense of urgency. The crowds immediately parted and gave you, your entourage or your working party right of way. An alternate of this phrase favored by the sea services is “Gangway or sickbay!” I prefer that one as it communicates the consequence for failing to get out of the way. When you yell one of these phrases in a civilian setting you might as well be reading a recipe in Latin at the Tennessee State Fair. Blank looks.

6. When you disapprove of someone’s appearance or performance you refer to them as “nasty.”

“Nasty.” You first heard this from your Drill Instructor, and it was kept alive through salty Staff NCOs and the Chiefs’ Mess. It was used for any type of disapproval from appearance to behavior. It’s a tough one to break. Even though you may now have a bro-vet beard and you’ve tried the man-bun and mullet, you still look disparagingly at civilians. You are a little more relaxed with grooming regulations, but you view height/weight discrepancies with disdain. (Often oblivious to your own beer gut). Even when you mature past these surface judgements, seeing someone flick a cigarette butt, not return a shopping cart or fail to open a door for someone…. Well that’s just nasty.

7. It is impossible for you to not wear a belt.

The worst offenders here are the crayon eating United States Marines. While on active duty you hated the First Sergeant and the seeming ridiculous regulation, “If it has belt loops, you must wear a belt”. In time, the mandate somehow rooted itself in your psyche. You actually left the house once, defiant in your new found freedom and no-shave chit, but turned the car around before getting out of the neighborhood. You ran back inside, put on a belt and refused to make eye contact with yourself in the mirror.

8. You always back your vehicle into a parking space.

This is one of the more beneficial habits you bring from your time in the military. It reflects a prepared mindset. It’s not that you need to get in the car and quickly get away. It’s more that you are ready to respond, to go help someone or accomplish a task quickly. Our public service brethren in law enforcement, firefighting and emergency services are recognized by this same habit of action.

9. Your co-workers are frightened by your liberal use of profanity and lack of verbal filter.

You don’t realize it, but you became bi-lingual while in the military. This second language isn’t only characterized by endless acronyms, it is a minefield of profanity. Some can turn it on and off, but many veterans are oblivious to the offense that comes out from their mouths. If you spew forth profanity in compound words with fluidity even when you are not angry, then the imprinting is deeper than you know. Your co-workers leave the room in shock, and you wonder why no one ever asks a responsible adult like yourself to babysit their kids.

Much like the parking TTP (tactic, technique and procedure) this habit is indicative of your readiness mindset. You rarely have to cut string, never have to open an MRE again and aren’t likely to find yourself in-close fighting with an insurgent…buuuut, you just have to carry a knife. Those times that you are prohibited by the TSA from flying with this handy instrument result in you buying one soon after landing at your destination. They may judge you, but they will be the first one to ask, “Anyone have a knife?”. As you flick the blade open with your thumb and hand it to them handle first, just look them in the eye and confidently say, “I got you bro.”

So if you suspect your time in uniform may have left more residue than you think in your life, use these 10 signs to examine yourself, your battle buddy, wingman or shipmate. And, if you are an incognito veteran who is a little irritated no one knows you were in the military, try putting these things into practice. They will notice, and you can tell them, “You’re welcome for my service.”