7 of the greatest guerrilla fighters in American history 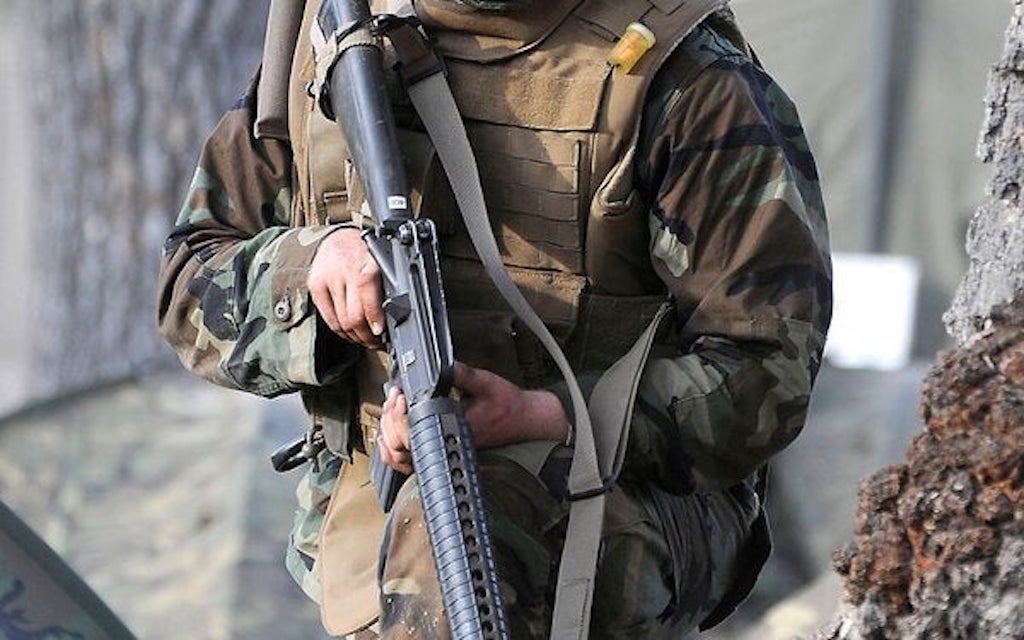 America often fights wars as the big, bad empire with all the fancy toys and weapons. But U.S. troops haven’t always enjoyed the technological advantage. So, sometimes military leaders have turned to guerrilla tactics to keep the enemy off balance until a more conventional force can pin them down and defeat them.

Here are seven of the American guerrilla leaders who took the fight to the enemy:

Francis Marion learned guerrilla warfare as a militia lieutenant in a war against the Cherokee Indians in 1761. When the Revolutionary War began, Marion was named a captain and given command of an infantry unit. He rose to the rank of lieutenant colonel and fought hard, but he was there when the battle of Camden ended organized resistance in South Carolina.

Rather than sit out the rest of the war, he enlisted a force of a few dozen men known as Marion’s Partisans and led them in harassing operations against the British. The Partisans scattered British and Loyalist forces on multiple occasions and once rescued 150 Patriot prisoners. Multiple British task forces to capture or kill Marion and the Partisans failed.

John Mosby started his military career as a young cavalryman and scout but he was quickly identified by J.E.B. Stuart and commissioned as an officer. He rose to the rank of major before taking command of “Mosby’s Rangers,” the force that would later make him famous.

The Rangers used guerrilla tactics to devastate Union lines. He and his men once captured a sleeping Union general during a raid. The Rangers fought on after the surrender at Appomattox Courthouse, but eventually broke apart. Mosby was wanted until Gen. Ulysses S. Grant intervened on his behalf.

Carl Eifler was eventually dubbed “The Deadliest Colonel” in World War II for his work with the OSS. He led a group of American trainers into Japanese-occupied Burma and raised a force of the local Kachin people. Eifler and his men led raids against the Japanese that eventually claimed over 5,000 lives.

They also rescued over 500 stranded airmen and provided intelligence for Allied forces in the area. The Kachins would feed important target information to the Army Air Forces, allowing the bombing campaigns in the area to be much more successful.

Marine Corps Maj. Peter J. Ortiz parachuted into Nazi-occupied with a team of five Marines, but one was killed and another seriously injured during the jump. Ortiz and the other three survivors linked up with the Maquis resistance and helped lead them in operations against the Germans.

The Marine-backed resistance forces set ambushes and stole key equipment. German losses were so heavy that they thought an entire Allied battalion had jumped into Normandy. The Americans were eventually captured, but put up such a fight that the German commander accepted the surrender and expected a company of fighters to emerge. When only four men came out, he initially accused Ortiz of lying about his numbers.

James H. Lane was one of the more controversial guerrilla fighters in the Civil War, especially on the Union side. He fought in Kansas before the Civil War in support of “Free Staters” who wanted to keep slavery out of the territory.

During the Civil War, he led fighters in Kansas and raised a group of volunteers to guard the White House before the Union Army raised troops for the same purpose. After returning to Kansas, he raised 2,000 fighters that guarded Kansas against Confederate action. His controversy comes from an 1861 assault into Missouri where he led his men in the assault, looting, and burning of Osceola, Missouri.

John McNeill led approximately 200 men in a guerrilla campaign against Union troops in western Virginia in the Civil War. He and his men were probably most famous for shutting down a portion of the Baltimore and Ohio Railroad by burning machine shops and destroying a bridge.

The Union later diverted over 20,000 troops to protect the supply lines. McNeill died in a raid in 1864 but his men continued to fight.

Jack Hinson started the Civil War as an informant for both sides, seemingly fine with whomever came out on top. But then a group of Union soldiers executed and beheaded his two sons under suspicions of Confederate activity. Jack Hinson then had a custom sniper rifle made and became one of the most effective single-man guerrillas in history.

Armed with his 17-pound, .50-cal. sniper rifle, the 57-year-old man killed the men involved in his sons’ executions. Then he sought out to break the Union Army, firing on Union soldiers on the Tennessee River and killing about 100 troops. In one case, a Union gunboat attempted to surrender after suffering several losses because they were convinced they were under attack by a superior Confederate force.