This Civil War soldier survived the worst maritime disaster in U.S. history - We Are The Mighty 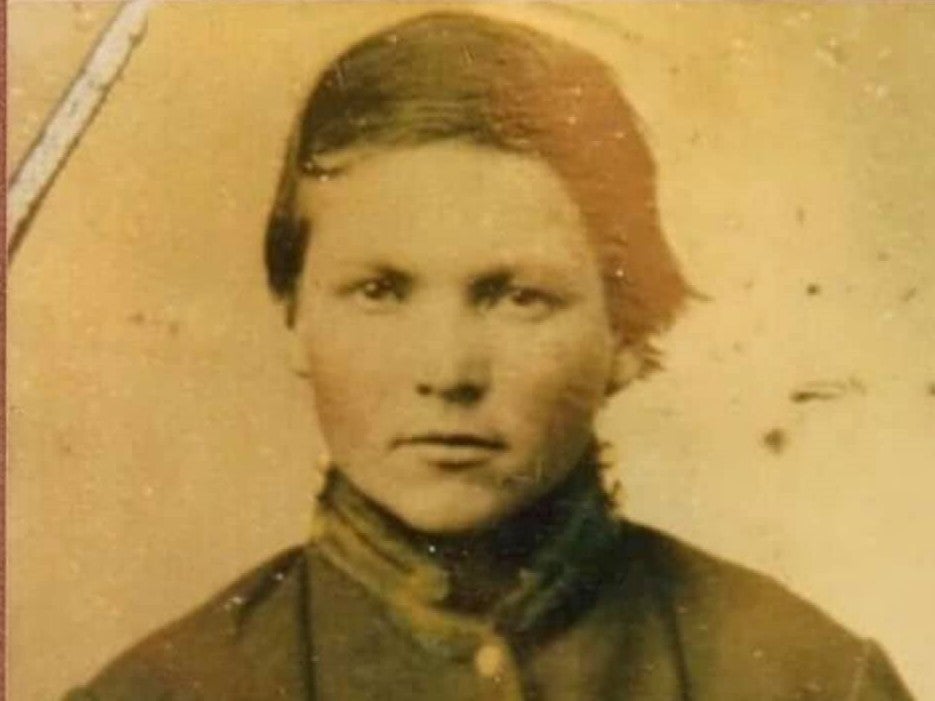 John Harrison Simpson was just 16 when he enlisted in the 3rd Tennessee Cavalry (Federal), Company I in 1863. Lying about his age to enlist, Simpson was joined by his father, Green B. Simpson. Despite Tennessee’s secession from the Union, many towns in the state’s eastern region remained pro-Union and sent men to the Federal Army.

In September 1864, the 3rd Tennessee was sent to northern Alabama to guard a federal railroad. Vital to the Union supply line, it was a prime target for the Confederacy. The railroad was attacked by the infamous Confederate General Nathan Bedford Forrest and his cavalrymen. The rebels routed the men of the 3rd Tennessee and surrounded them at Sulphur Creek Trestle, forcing them to surrender.

During the battle, the younger Simpson was wounded in the initial rebel cavalry charge. As the horsemen broke the Union line, a Confederate horse stepped down and smashed Simpson’s thigh and side. He carried the scars of these wounds with him for the rest of his life.

Following the Union surrender, the survivors of the 3rd Tennessee were sent to Cahaba prison camp, also known as Castle Morgan, near Selma, Alabama. Despite the deep southern heat and humidity, the camp was not nearly as bad as the notorious Andersonville prison camp in Georgia. However, Cahaba was closed at one point during the war. The prisoners that it housed, including Simpson and the other 3rd Tennessee cavalrymen, were sent to Andersonville. It was only in the last six months of the war that Cahaba reopened and then prisoners were sent back.

In March 1865, just a few weeks before the end of the Civil War, the 3rd Tennessee was part of a large prisoner exchange. They were marched west from Cahaba to Vicksburg, Mississippi. From there they would travel upriver by boat to Ohio where they would be mustered out of service. However, the boat they boarded was the doomed Sultana.

Thousands of weary Union prisoners from both Cahaba and Andersonville were crammed into every open area of the steamboat. Designed to carry 376 passengers, 2,155 men were crammed on board. Simpson, who was 17 at the time, is believed to have been on the third deck. On April 27, the Sultana steamed just north of Memphis, Tennessee near Marion, Arkansas when disaster struck.

Horrifyingly, three of the ship’s four boilers exploded, instantly killing hundreds of men. Sultana burned to the waterline and eventually sunk, taking 1,192 lives with her. Locals, including freed slaves, saw the disaster unfold from the riverbank and rushed to help. About 750 survivors were rescued with 31 later dying from injuries or exposure. Over the next several months, bodies were continuously recovered from the river. Incredibly, both Simpsons survived the Sultana disaster.

John Simpson made his way to Nashville, Tennessee where he was mustered out of the Army on June 10. Green left the cavalry shortly thereafter. Despite the petitions of Sultana survivors for a special pension and a national monument to those killed, Congress never authorized any funds. Instead, the Sultana Survivor’s Association took it upon themselves to commemorate their fallen comrades with a marble memorial in Tennessee. Simpson, a member of the association’s Knoxville chapter, was a promoter of the monument.

By the time sufficient funds were raised, Sultana survivors were getting on in age and dwindling in number. Simpson, who headed the memorial effort, was a member of the Mount Olive Baptist Church in Knoxville. He chose the church’s hilltop cemetery as the memorial site. On July 4, 1916, the pink marble memorial was dedicated. It bears the names of 365 Tennesseans who died on the Sultana, most of whom were members of the 3rd Tennessee. Simpson served as president of the Southern contingent of survivors until his death in 1929. He is buried in the Mount Olive Cemetery not far from the Sultana memorial.