5 phrases that cause nostalgic flashbacks in Marines 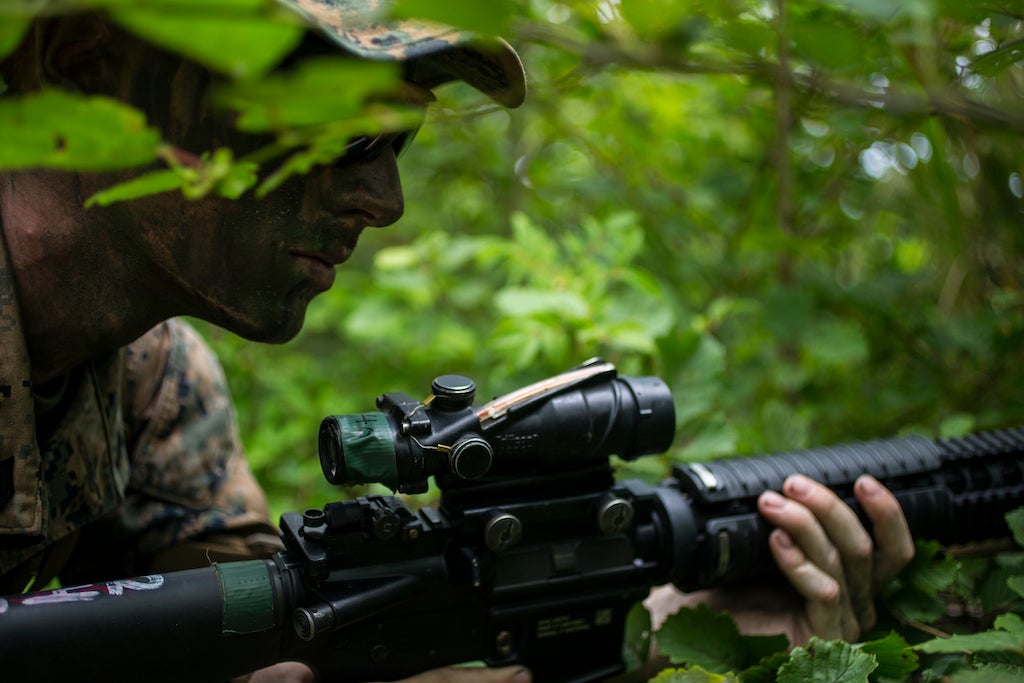 There are times when sights, sounds or smells can cause flashbacks. Sometimes, these are disturbing experiences for those who live with post-traumatic stress. There are, however, good flashbacks that bring a wave of nostalgia that result in broad smiles and humorous stories. By uttering a particular phrase with the proper volume and inflection you can elicit immediate recognition from a fellow veteran. This can be a useful technique to break the monotony or to introduce humor to lift someone’s spirits.

The following are 5 phrases that cause nostalgic flashbacks in Marines:

Regardless of the period served or the duty location, Marines are intimately familiar with the informal command “Form it up.” In classic garrison routine there would be a formation in the morning and afternoon (at a minimum). This command would be given at the small unit level such as the squad or platoon, often in preparation for a larger formation such as company or battalion. The larger formations are more formal in nature with preparatory commands and commands of execution (as in Company… Atten-huh!) “Form it up” takes the Marines from a loose gaggle milling about “smoking and joking” and places them in orderly rank and file. Next time you find yourself attending a meeting or team huddle in the civilian workforce try sounding off with a loud “Form it up!” You will quickly identify who the veterans are and bring about laughter. Of course, the others will think you are just a weirdo.

Ah, good old Marine Corps Recruit Training. Enlisted personnel who attend boot camp in the Marine Corps are referred to as recruits. Marine is a title that must be earned. As part of the age-old process of “break you down and build you back up,” recruits must always speak in the third person. Words such as “I, me, you, him or her” are never uttered. Well sometimes they are, but a session of getting “smoke checked” on the quarterdeck or the sand pit will remedy that martial faux pas. When a Drill Instructor asks a question that pertains to you, the proper response is, “This recruit, Sir!” The conversation is quite comedic to an outsider. For example, to simply make a head call (use the bathroom) you must first request permission to speak. It unfolds as follows:

Drill Instructor: “What do you want, Nasty?

Drill Instructor: “Go….and when you get back, come see me.”

If the recruit fails to report back to the Drill Instructor when he returns from the head call, he will soon hear, “Who was supposed to come see me?!” The inevitable response “Sir, this recruit, Sir!” Next time you are in line and they ask who is next, or you are at a restaurant and they ask who ordered the quesadilla…respond with, “This recruit, Sir!” Anyone within earshot who ever served as a Marine will grin and remember those days.

To those veterans of the sea services including the Navy, Marine Corps and Coast Guard, the command “ATTENTION ON DECK” is as familiar as the air we breathe. Deck is the Naval term for floor. When a ranking officer walks into a room the command is given, and all hands assume the position of attention. The officer quickly gives the command carry on or at ease. Standing at attention is the military tradition of showing proper respect to the commanding officer. It is not done with junior officers. This custom and courtesy is taught during boot camp. It becomes ingrained and no matter what activity is going on when you hear the loudly barked, “ATTENTION ON DECK!” everyone stops what they are doing and stands ramrod straight. Junior ranking pranksters will give the command when they enter a room just to elicit a reaction. They generally follow with, “Carry on, I’ll be in the area all day.” Eyes roll and the annoyed comrades return to their duties. As a veteran working in the civilian community belting out this phrase as you walk into a crowded workspace will immediately identify your fellow veterans. They won’t snap to attention, but they will grin, remember and feel an immediate connection.

Marines love acronyms. Seriously, it is the preferred language tool. It is quite helpful when initially being indoctrinated to the culture and memorizing numerous newly introduced concepts. One of those concepts is referred to as “the six troop leading steps,” acronym B.A.M.C.I.S.

After the celebrity chef Emeril Lagasse became popular with his trademark exclamation “Bam!”, many Marines adapted this catchphrase. When success was achieved the leatherneck would declare “BAMCIS!” with the same enthusiasm as the beloved Cajun cook. It is such a strange and niche thing, if you let loose a BAMCIS, those “in the know” will look your way with an approving grin.

Every Marine is a Rifleman. Marksmanship is such a huge part of Marine culture. Before actually firing the rifle for the first-time recruits spend a week learning the fundamentals of marksmanship, as well as “the four safety rules.” The short catch phrase, “Treat, Never, Keep, Keep” is used to remember them.

If you want to get an old Jarhead’s attention just utter this phrase anytime the word “treat” comes up in conversation. Again, it will bring a smile and an approving look. A dad escorts his costumed children to your front door for Halloween. Upon hearing “Trick or treat!” you respond “Treat, Never, Keep, Keep!” They may look at you strangely (and perhaps never come back), but you will make the evening worthwhile to those fathers that are Marine veterans. You will make their evening as they continue the juvenile version of shore patrol.

There are many things a veteran would like to forget about their time in service, particularly some of the things seen in combat. Sounds, smells, and phrases can bring a flood of memories back. However, there are also many great memories. Some aren’t appreciated until time allows perspective to set in. The 5 phrases listed above will cause nostalgic flashbacks in the Marine veteran putting a smile on his face.

“Now when you receive the command to fallout, fallout and carry on the plan of the day. Fall Out!”