5 common leadership pitfalls - We Are The Mighty 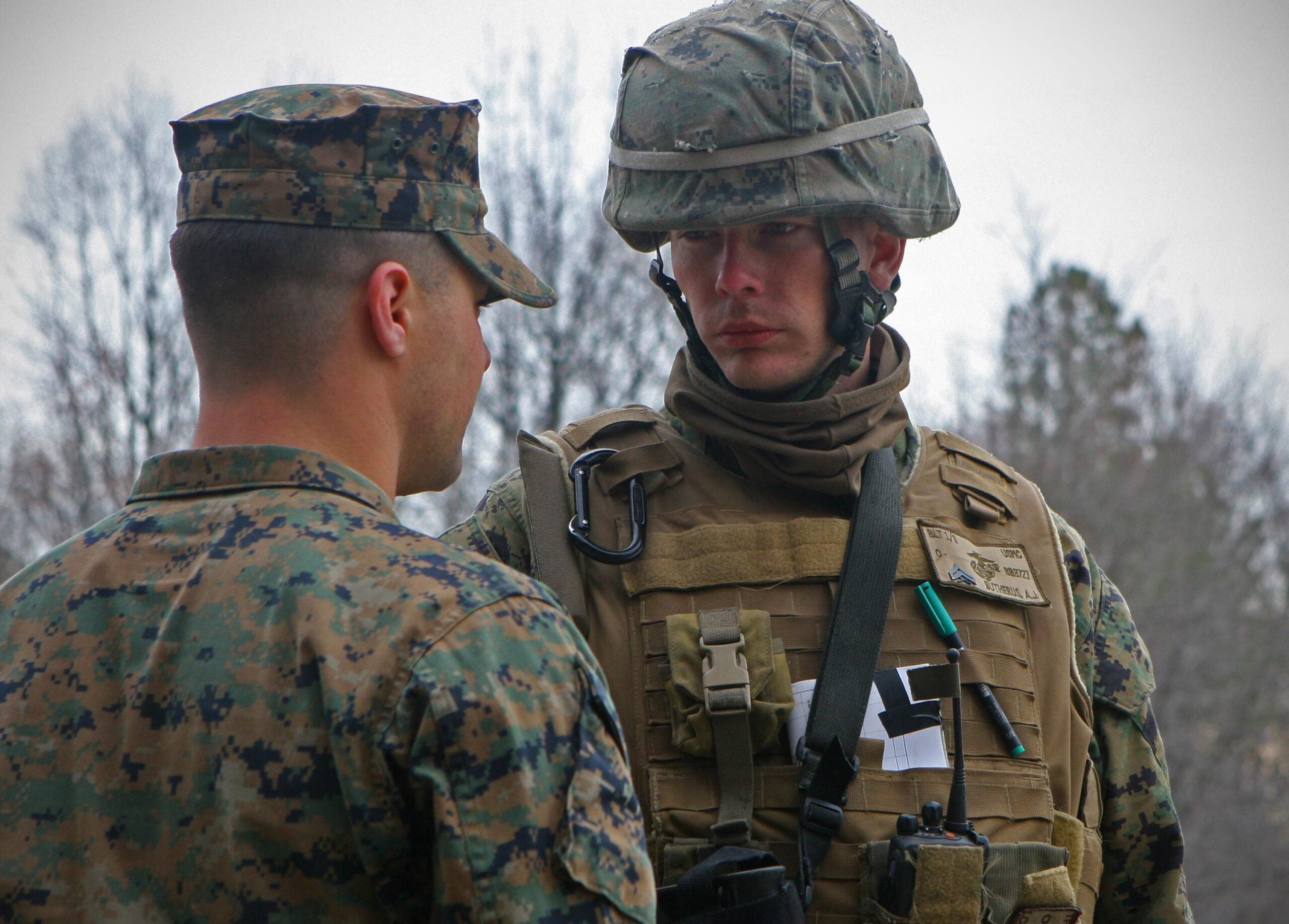 Leadership is a sober responsibility. In the military, leadership is an effort that can mean the difference between life and death. Some mistakenly assume that leadership simply equates to authority and provides the office upon which to pin the success or failure of an organization. However, above all else, leadership is a human endeavor. A leader must employ a diverse array of skills to motivate, influence and drive a unit to cohesively accomplish a mission. Each branch of the military has a list of similar leadership traits and principles that provide a framework from which leaders should operate. Leaders, like all of us, are human and carry within themselves vulnerabilities and tendencies that are selfish in nature. One must be on guard to avoid succumbing to these dangers.

This phrase coming from the mouth of a leader is a glaring indicator that one thinks too highly of themselves. Rank and position come with a certain amount of authority. Military customs and courtesies require certain protocols of behavior from subordinate personnel; however this behavior is grudgingly displayed or belligerently omitted to a leader who is not respected. The single factor that contributes to creating this environment is for the leader to condescendingly demand he/she be given special treatment due to their position and station. The leader who expresses the phrase, “Do you know who I am?!” has already lost the organization. To even utter this inquiry reveals a lack of self-confidence and a condescending tone. The leader who displays sincere humility will be willingly and enthusiastically given respect, obedience and admiration by those whom they lead.

Thinking they work for you

This concept reveals a perspective akin to, “Do you know who I am?” Thinking “they” work for you as a leader reveals an individual who holds to a class system with themselves above others. A true leader (an effective leader) serves with humility and practices servant leadership. This approach can be observed with a simple task such as a leader taking out their own trash at the end of the day. Those led will see this common and humble act carried out by one with authority and immediately get the impression that “they don’t think too much of themselves.” It speaks volumes. Those led will inherently be drawn to this type of leader. They will desire to carry out the leader’s instructions and intent with great enthusiasm generating results that exceed the leader’s expectations. This attitude will permeate throughout the organization. A mature leader will even voice to those in formation, “I work for you,” communicating a comprehension of the special trust and responsibility they’ve assumed.

This attitude and demeanor generally coincide with the previously mentioned attributes, “Do you know who I am?” and “Thinking they work for you.” Being aloof and unapproachable is communicated both verbally and non-verbally. The manner in which a leader speaks and interacts with subordinate personnel conveys much about the leader. The narrative of a brief interaction between a commander and a junior enlisted service member will quickly spread through the ranks. If the commander was condescending, dismissive or rude then troops will actively avoid the commander. Conversely, a commander can foster cohesion and unit pride by taking a few brief moments to first, inquire about the welfare of the subordinate, second, recognize and affirm their efforts and contributions to the unit, and third, solicit input, feedback and recommendations. The commander sets the tone and climate of an organization by his/her personal and professional conduct.

Not requiring of yourself what you demand of your troops

The most destructive thing a leader can do to erode discipline in a unit is to consciously disregard adherence to standards when they enforce infractions amongst their subordinates. The hypocrisy of a double standard is demoralizing to an organization. Regardless if it is “a stupid rule”, obedience to the established standard is what matters. A leader must lead by example. Failing to lead by example results in a loss of confidence by service members towards their leader. Even more devastating is the cumulative effect of having a loss of confidence in the broader institution. The leader represents the unit but also the service as a whole. A leader must hold themselves to the same standards they demand of the troops they lead. If, in fact, the standard is a “stupid rule,” then they are obliged to leverage their position, rank and influence to change the standard. However, if change is not practicable, then they must educate their troops on the “why” a regulation exists, while simultaneously developing the attitude of discipline and obedience to orders that is inherent with military service.

Believing you have arrived

By the time a service member assumes a leadership position they have to a certain extent proven themselves. Their past performance contributes to the special trust and confidence they receive by appointment to their rank or position. A leader who believes “they have arrived” is susceptible to the destructive power of pride. An effective leader must maintain humility, even when in receipt of authority, recognition and honor. Wise counsel directs “be proud of unit, humble of self.” A leader must continually strive to not only maintain established standards, but also to seek self-improvement. In this way they will better serve the unit, while simultaneously steering the troops to be their best selves. Subtle warning signs are expectations of a parking spot, a name on the door, or for people to stop what they are doing when you walk in a room. These things probably will happen with rank and position, but they should not be expected and certainly not demanded.

All leaders are human with the same vulnerabilities to vices of pride, moments of weakness and temporary distractions. Many of these can be avoided with deliberate forethought, self-awareness, and dedicated effort. Being aware of the 5 common leadership pitfalls before assuming a position of leadership will contribute to the prevention of failure. The great irony is that leading with humility will result in great honor. An effective leader can influence the organization, the service culture, and most importantly, the individual lives of those who they lead. In order to do so they must be humble servant leaders. In this way they will be amongst the great ones.