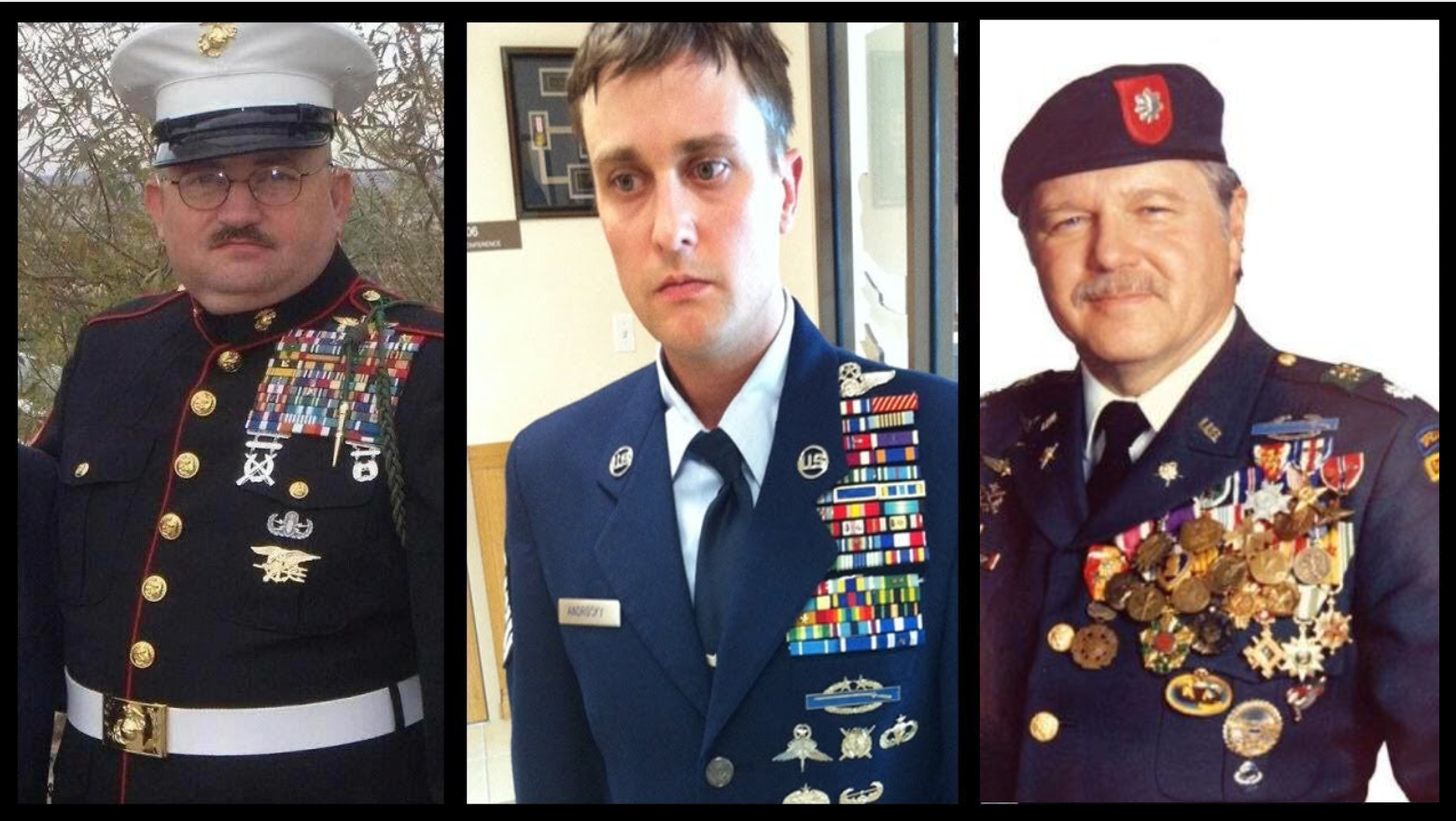 Stolen valor. We’ve all seen them. It’s the label we apply to those derelicts who have never been in the military yet don a uniform to gain attention or an advantage. It’s an inexcusable act and no one wants them to succeed. However, it is much like seeing a prison break. We don’t want hardened criminals on the loose, and it would not be accurate to say we are rooting for them. There is however a part of us that says, “You could do it much better.” Here are 5 insider tips for pulling off stolen valor.

The one factor that elevates the sus’ radar more than anything is the propensity for the stolen valor violators to impersonate Navy Seals, Marine Recon, Army Special Forces, etc. It may come as a surprise to many, but most veterans are not snipers. I supposed someone who will lie about military service must think, “Go big or go home,” but their story would be much more plausible if they were average. You could even have a little fun with it. When asked what you did in the military, you could respond, “I was an operator downrange.”

“Yeah…a Motor Transport Operator.” This response would elicit a chuckle and be fairly believable. There are a lot of truck drivers in the military. It may not be glamorous, but they are a hard-working bunch found on almost all bases/stations around the world. Stop trying to be elite. Be average. If someone asks you if you’ve ever killed anyone tell them, “I was a cook…so yeah, probably.” You might just get yourself a free drink. Thank you for your service.

The mismatch between age and rank is another common deficiency that places the stolen valor violator on the skyline. It takes years of service to achieve rank. You cannot pull off being a colonel or a salty senior enlisted while you are in your 20s. Even the most decorated combat veterans with impressive service records aren’t simply promoted to the highest ranks because of heroic acts in war. News flash: there’s a lot more to leadership than just courage under fire.

Generally speaking, rank comes with increased responsibility including leadership. Leaders are rarely born but always built and building them takes time. Achieving rank takes time. Likewise, if you are in your 50s and passing yourself off as an active-duty Lieutenant, well, it just doesn’t add up. It would also be quite useful to know all the ranks within the branch of service you are going to impersonate. It matters. For example, only the Marine Corps has Lance Corporals. It can get tricky too. Each of the services has someone they call “Chief,” but depending on the circumstances, it could be an E-7, an E-9, a Warrant Officer or an O-6. This is dangerous territory, Lance Colonel.

Other than the daring, highly trained, special mission force known as G.I. Joe, each branch of the military has established grooming regulations. These consist of short, tidy haircuts, and facial hair that is generally limited to a modest mustache. Although will you find beards among certain elements conducting special operations, you will never see a beard paired with a beer gut. Yes, the belligerent and the macho push the envelope with their mustaches but is a fairly reliable guideline. Too many times you will spot a stolen valor individual sporting a goatee while wearing a service uniform. Come on, man! This would never happen. Likewise, if your alter-ego is a Marine, then you need to have a really good haircut. Spend the extra bucks for a high fade. Tattoos on the neck and hands are prohibited in most branches, and certainly not common in the others. The tattoo factor alone won’t spotlight the stolen valor violator but taken collectively with other offenses it could close the case.

Each branch has their own uniforms and their own regulations about how to wear them. You cannot pick up a few items at the surplus store or on the internet then “mix and match.” Once you decide which branch you are going to impersonate, you better do your homework. A uniform tells a story. A veteran in many ways can read a portion of your service record simply by looking at you in uniform. Service stripes (also known as hash marks) worn on the lower sleeve signify a certain number of years served for enlisted service member.

An officer (even if prior enlisted) would never wear service stripes. Also, the years of service indicated has a direct correlation to the rank worn. If you are wearing the chevron of an E-8 and have two service stripes it doesn’t add up. Another uniform faux pas is the ribbon/badge/medal ensemble. There are specific, detailed regulations on these matters. Some ribbons represent medals, some ribbons do not have a medal. Ribbons, badges and medals all have orders of precedence. Some uniforms have ribbons and badges, some have medals and ribbons. A service member or veteran can read a uniform and spot flaws in less than 60 seconds, especially for their branch. Uniform discrepancies are the number one reason stolen violators are identified, because it is never just one thing. It is always an accumulation of several glaring errors that the most junior service member would notice. The uniform is the critical vulnerability for stolen valor candidates. Do your research or brace for impact.

Once stolen valor has been suspected a confrontation and conversation begin. The opening questions consist of, “Where are you stationed? What is your MOS? Who are you with?” The question, “Who are you with?” isn’t asking about your companion, it’s asking about your unit. The answers must make sense. The Navy has jets, but the Air Force doesn’t have ships. You can’t be with the 82nd Airborne and stationed on Parris Island. Navy Seals don’t drive tanks. You can’t be a pilot and a sniper. It simply does not add up. Your MOS will be either a set of numbers or a letter/number combination depending on the service. The MOS also has a formal title, and a common name. (You may be an infantryman, an 0311, an 11B, or just a grunt). The MOS also has a correlation to rank. You can’t be a major and a machine gunner. The slope is extremely slippery. As soon as you provide an ignorant, stab in the dark response to the first question, the follow-up questions will bury you.

Example: If you claim to be an enlisted Marine you will inevitably be asked where you went to boot camp. There are only two possible responses. If you clear that obstacle you may be asked what battalion you were in, which again has a limited set of acceptable responses. One of these fakers was asked what platoon he was in while attending Recruit Training aboard Parris Island. He said he couldn’t remember. Let me assure you, if you are a Marine you will never forget! (Platoon 2197! Thank you Drill Instructor Sergeant Banks!)

If you are considering an attempt at stolen valor it might work. Maybe. Perhaps you will get bumped up to first class, get a free dinner or finally get a date. It’s doubtful. What is more likely is you will be spotted, you will be called out and you will be embarrassed. The shame will be a weight you will find difficult to bear.

What’s more, veterans aren’t so offended that you attempt to glamorize yourself. Instead, they are passionately defending the memory of those who did not come home. It is personal. If you still feel compelled to wear a uniform, experience camaraderie and the thrill of battle but don’t want to enlist, there are two options: Civil War reenactors and Star Wars LARPers. Go for it, rebel scum!