20 funny Army memes to distract you from real life 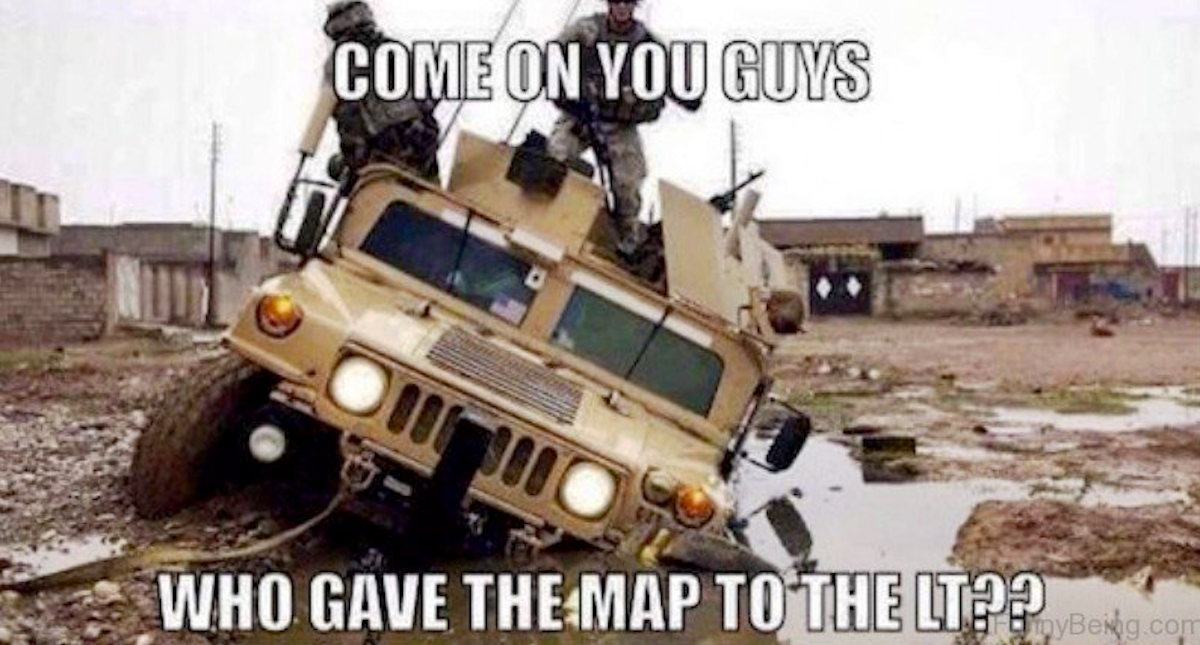 Joining the Armed Forces is nothing to poke fun at. It’s one of the most honorable undertakings on the planet. That said, we all need to laugh at ourselves now and again. If you’re in the Army, these memes are all too relatable, so what are you waiting for? Come on down and laugh a little! If you’re a Marine, don’t get too cocky. No branch is safe from Internet memes.

They don’t teach you everything in high school bio, kids.

But it’s still very nice. Could someone please tell him the holidays are over, though?

Better yet, kick the habit before you enlist, or your drill sergeant might kick it for you. Technically, it only takes a second to remove your hands from your pockets. In combat, however, every second counts. For that reason, hands in pockets are against regulation. It also ruins the clean lines of the uniform.

Commander: We need to distract the enemy.
Private: Hold my beer.

Forget the map. Someone get him some glasses.

A really, really cute stowaway. On second thought, keep him. Ya know, for backup.

Isn’t he majestic? The Navy needs to step up their game with a Titanic remake.

Not quite as stressful as, oh, I don’t know, dodging bullets. Stress isn’t really a contest, but if it were, soldiers would win.

11. They skipped a few details.

When you said you wanted to go above and beyond the call of duty, someone must have heard “doody” instead.

Here, take these trash bags and collect samples of every vehicle on base. We need to test their carbon monoxide output for maximum efficiency.

13. Whoever told him to trust his intuition, please tell him to stop.

The photographer perfectly captured the moment that Kevin realized he had utterly effed up.

It’s just not the same, is it?

15. This is the part no one warned you about.

They told you about the most dangerous parts of enlisting, but neglected to mention that duffle bags might be your most stubborn opponent.

16. Not sure what’s happening here, but it looks fun.

What happens when you combine an ice rink, a plastic wagon, and two guys in the army? This, I guess.

17. You mean it? I didn’t realize we were getting so serious.

Check again just to make sure. Maybe it changed to 0500 when you weren’t looking.

Ask Grandma if she can mail her couch to the Middle East. Modern problems require modern solutions.

Be careful. This level of enthusiasm is dangerous.