The 5 best tradable commodities in the field 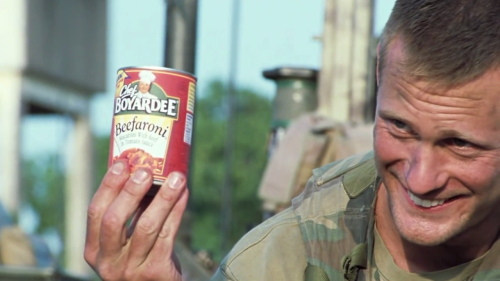 Going to the field in the military is generally a rough time. You sleep on the ground, you eat MREs, and if you’re really unlucky, you have to carry your business around with you in a wag bag. But, for the enterprising troop, the field can be made less arduous and even presents opportunity to flex your business prowess if you know what you’re doing. Got stuck with the second-to-last firewatch, accidentally grabbed a veggie omelette MRE, or maybe the new LT is asking for help setting up their pup tent. Sure would be nice to have some sort of tangible incentive to get your buddy to switch with you. Here are 5 of the best tradable commodities in the field.

See also pogey bait. Candy is a great bribe to get your kid to put their clothes on or convince your battle buddy to switch watches with you. However, because of the established MRE trade, the candy market in your unit might already be saturated with guys trading Twizzlers, M&Ms, and Skittles. This is where thinking ahead pays off. Stop by the shoppette and grab a few bags of favorites like Swedish Fish, Sour Patch Kids, and Haribo gummies. You know, stuff you can’t find in MREs. Then cram them in your gear or on your person like you’re sneaking into a movie theater. Having these items will give you an extra edge in negotiating your way to a better field experience.

This commodity is high-risk/high-reward. I’ve personally seen what three 4-packs of Red Bull can do to a ruck packed for a week in the field; it’s not pretty and will make that week an even worse time. That said, if you can pack the drinks carefully and avoid having them detonate like 40mms, you just might become the king of your unit’s field commodity market. After all, we joke that most troops run on a high-octane blend of caffeine, tobacco, and disgruntledness. In most line units, it’s true. Energy drinks are also a win-win commodity. If for whatever reason you can’t get anyone to take your 0300-0400 watch in exchange for a Monster, you still have a can of caffeine to get your exhausted self through the next day of patrols.

Let me start this one by saying I am not encouraging tobacco use. However, a large portion of the military’s frontline troops are partial to packing a lip to stay alert during a patrol or on watch. For some it’s a full-blown addiction. I can neither confirm nor deny that a guy in my SERE class buried cans of dip around the training area prior to attending the school so that he could access his hidden stash during the course (another thing I do not encourage). Anyway, this commodity is also high-risk/high-reward. If someone uses tobacco, there’s a good chance that they’ll bring enough to get them through the field op. However, should they run out before you come back in, a can of dip becomes a mighty powerful bargaining tool.

The power of a baby wipe in the field cannot be overstated. When you trudge through foliage and lay in the dirt for days on end, the grime that accumulates on you is truly revolting. A field shower of a few baby wipes can be just the thing to relieve and rejuvenate you. Not to mention the fact they work much better than an MRE napkin at cleaning up after you do your business. While baby wipes probably won’t convince anyone to switch watches with you, it’s a cheap way to get a handful of gummies or a pinch of dip if you forgot your own or ran out.

It doesn’t necessarily have to be canned either. When you and the people around you get tired of Beef Patty, Jalapeno Pepper Jack and Pork Sausage Patty, Maple Flavored, a can or microwavable cup of Chef Boyardee will taste like manna from heaven. Have you seen Generation Kill? Remember when Brad pulled out his hidden stash of Beefaroni? It’s like that. Bring a Jetboil with you and you’ll have guys lining up to take your firewatch shift for you, never mind trading for theirs. Just don’t forget the can opener.