The complete Tinker Air Force Base guide - We Are The Mighty 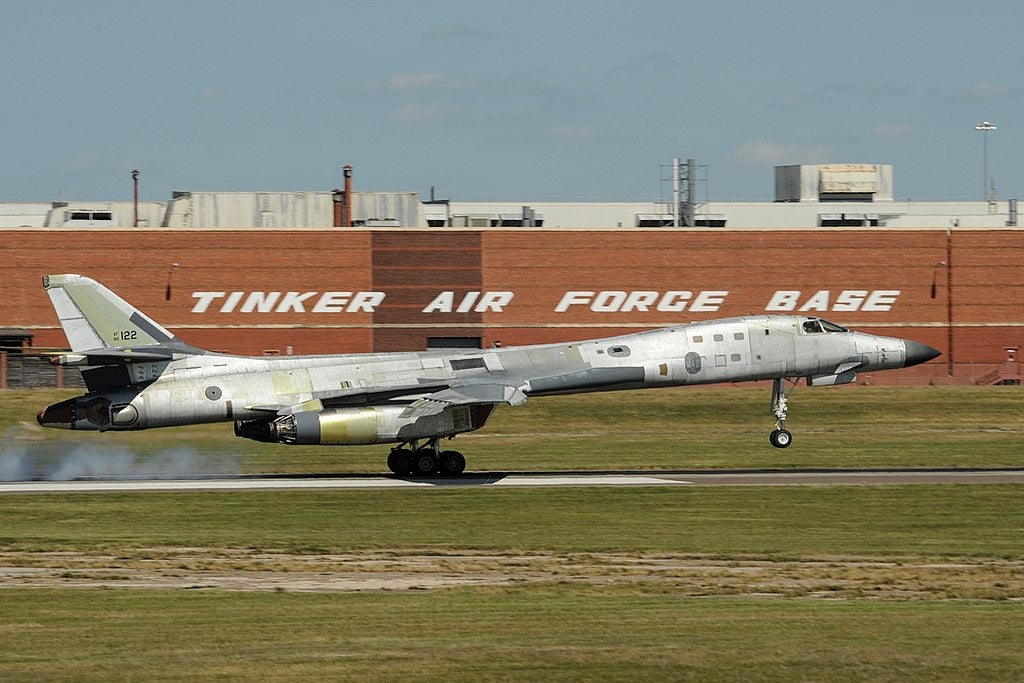 Hello, prairieland! Did you just receive orders to Tinker Air Force Base in Oklahoma? Okay, this might not be your first pick because the Air Force definitely has some cushy locations, but Tinker really isn’t all that bad, especially if you love history. In fact, the namesake of Tinker was a legit badass. Check out more about his life here. Tinker is also one of the few installations in a major metro area. So if you’re worried about feeling like you’re out in the middle of nowhere, don’t despair! Tinker’s footprint is extensive – we’re talking to the tune of nearly 30,000 military and civilian workers, so there’s definitely a good chance you’ll make some lifelong friends here.

So, if you’re buckling up and heading to the Sooner State, this guide is for you. In it, you’ll find everything you need to know about Tinker, including what there is to do out there (a lot!) and where to eat (hope you like TexMex!). We’re also including a directory of important phone numbers and some info on Tinker Air Force Base housing.

Directions to Tinker Air Force Base are pretty simple.

Heading in from the north? Take I-35 S to I-40 E, then follow the signs for Tinker AFB.

Driving up from the Texas heat? Take I-35 N to I-240 E and follow the signs for Tinker AFB.

Making the trek from the east? Take I-40 W and follow the signs for Tinker AFB.

Coming from the west? Take I-40 E and follow the signs for Tinker AFB.

Will Rogers World Airport (18 miles): Will Rogers is served by eight major and domestic airlines, with arrivals and departures to 25 locations.

Driving: Driving would allow you to have a vehicle for trips into Oklahoma City and other nearby places. OKC is pretty centrally located, but if you’re driving from any of the coasts, prepare for a long trip!

The mission of Tinker AFB and the Air Force Sustainment Center is to Sustain Weapon System Readiness to “Generate Airpower for America.” We definitely like the sound of that.

The Navy’s Strategic Communications Wing ONE provides a vital, secure communications link to the submerged fleet of ballistic missile submarines.

The 507th Air Refueling Wing is the largest Air Force Reserve Command flying unit in the state of Oklahoma, reports to Fourth Air Force, and performs daily missions both locally and around the world in support of Air Mobility Command and U.S. Strategic Command’s national emergency war order requirements.

The Oklahoma City Air depot was activated in July 1941 and renamed to Tinker Field in October 1942 to honor Major General Clarence L. Tinker, who lost his life leading bombers on a long-range strike against Wake Island.

Today, Tinker AFB has a $2 billion impact on the Oklahoma City economy each year.

Things to Do Around Tinker AFB

National Cowboy & Western Heritage Museum (11 miles) – This museum is a great place to explore the history of the American West!

Six Flags Frontier City (13.9 miles) – This 40-acre western-themed amusement park is the perfect place to spend the day with your family.

Charles B. Hall Air Park (10.9 miles) – This air park, which belongs to the base, displays aircraft that help tell the story of AFB’s history.

There are several housing options available for service members stationed at Tinker AFB. These include living on the installation, using privatized housing, or renting on the local economy.

Contact the Military Housing Office as soon as you receive orders to find out about current wait times and what might  be available for you when you PCS. When you in-process at Tinker Air Force Base, you’ll need to visit the MHO to receive counseling and guidance on obtaining housing.

Privatized Tinker Air Force Base Housing is managed by Balfour Beatty. This private company owns and operates seven neighborhoods on and near the base. Some neighborhoods are also open to other residents, including DoD personnel. Open floor plans, fenced-in backyards, and other perks wait for you in a Balfour Beatty home!

Schools Near Tinker Air Force Base

Sadly there are no schools on base at Tinker. But the good news is there are plenty of other schools in the surrounding area! The Mid-Del School System serves the mil-kids who call Tinker Air Force Base home. Like most installations, where you live will determine which school your children attend. Bus transportation is available to all students.

Does Tinker AFB have nuclear weapons?

The Air Force Nuclear Weapons Center’s Missile Sustainment Division is located at Tinker AFB and serves as the Air Force system program manager for air-delivered nuclear cruise missiles. They currently manage the Air Launched Cruise Missile (AGM-86C), and Conventional ALCM Penetrator (AGM-86D). The division also provides engineering and technical support for bomber weapons integration for the B-52 launchers and associated equipment. However, there are no live nuclear weapons at Tinker AFB.

What does the Navy do at Tinker Air Force Base?

The United States Navy has housed their Strategic Communications Wing One at Tinker AFB. This wing consists of three squadrons and a wing staff and employs over 1,300 active-duty sailors and 100 contractors to provide maintenance, security, operations, administration, training, and logistic support for the E-6 Mercury aircraft fleet. The E-6B Mercury enables the president of the United States and the Secretary of Defense to directly contact submarines, bombers, and missile silos, enforcing the country’s national security through nuclear deterrence.

What planes are stationed at Tinker AFB?

At Tinker AFB, the Oklahoma City Air Logistics Complex provides maintenance on the C/KC-135, B-1B, B-52, and E-3 aircraft, as well as expanded phase maintenance on the Navy E-6 aircraft. You can also find a number of planes that are no longer in commission at the Charles B. Hall Air Park.

Can civilians live on Tinker AFB?

All housing at Tinker AFB is privatized and run through Tinker AFB Homes. They have select homes available to rent to military retirees and DOD civilian employees.