The namesake of Tinker Air Force Base was a total badass 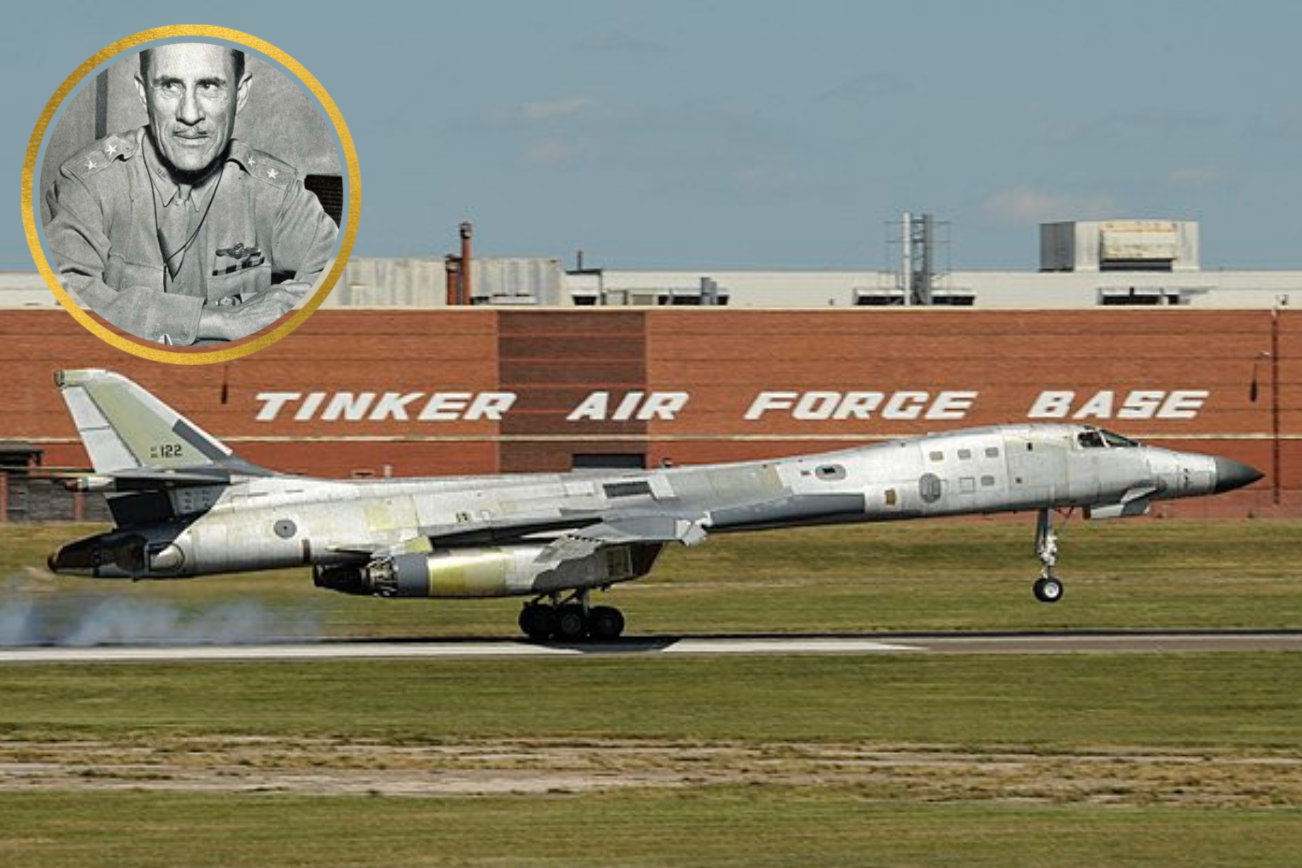 Clarence L. Tinker wasn’t always an airman, but he was always a warrior. I don’t mean that in the way that we call everyone in the military a “warrior” these days. I mean Tinker was not only an infantry officer, he was an Osage warrior from Oklahoma, and it makes perfect sense that the Air Force Base in Oklahoma City is named after him.

Spoiler alert: Maj. Gen. Clarence Tinker was killed in World War II. He was actually the first general officer to die in the war. Before flying his last mission, however, he had the storied career of an old-school badass.

Tinker was born on the Osage nation in Oklahoma in 1887. He grew up speaking his native language and living like an Osage. He loved the old stories about Osage warriors and the Osage scouts who rode with American cavalry units. Though he had a traditional upbringing, he attended federally-funded schools for Native Americans, including Missouri’s Wentworth Military Academy, where his career began.

After a stint in the Philippine Constabulary, a national police force designed to take over the duties of Spain’s Guardia Civil during the American occupation of the islands, he was commissioned into the U.S. Army infantry in 1912.

He never made it to the trenches of World War I, but within a year after the war’s end, he was training for the future of the Army: the Air Service. He started flying lessons in 1919 and was officially transferred to the Air Service in 1922.

After graduating from the Army’s Command and General Staff School in 1926, he became the Assistant Military Attaché for Aviation in London. Shortly after arriving in Britain, he was flying with the U.S. Naval Attaché when the plane started having engine trouble. It went down near some cliffs and burst into flames.

Tinker, dazed, got up from the burning fuselage and ran clear. When he realized that his co-pilot was still in the flames, he went to rescue the unconscious man. Despite terrible burns and flames so hot that he couldn’t get closer at times, he managed to pull the man out and clear.

He would become the Commandant of the Air Corps Flying School in Texas, and would lead countless air units as their commander. By October 1940, he was promoted to Brigadier General. After the Japanese attack on Pearl Harbor shook the islands’ defensive posture, the Army sent Tinker to command the 7th Air Force and reorganize Hawaii’s defenses.

Like many airmen and Army generals in the Air Corps, Tinker believed that air power was the future of warfare and only a strong air force would turn the Japanese back, end the threat of Japanese aggression through long-range bombing and ultimately bring the Japanese Empire to its knees.

In 1942, Tinker was promoted to Maj. Gen. Tinker, becoming the first Native American to hold the rank and the highest ranking Native in the Army. He finally got his chance to show what strategic long-range bombing could do in combat in the Pacific Theater, but it would also be his undoing.

During the Battle of Midway, Tinker decided to fly a squadron of B-24 Liberator Bombers to meet the retreating Japanese ships, and deliver a heavier blow than their loss at MidWay already was. Somewhere along the way, his fellow airmen watched in horror as Tinker’s plane dove out of control and crashed into the ocean below.

Tinker and his 10 crew members were never found. He was posthumously awarded the Distinguished Service Medal and six months after his death, the airfield in Oklahoma City was named Tinker Field, soon to be Tinker Air Force Base.

To this day, Osage natives sing songs about the Osage warriors who served in the U.S. military. Maj. Gen. Clarence L. Tinker has a song of his own.