Thinking about joining the Navy? Here's what boot camp is like - We Are The Mighty

Thinking about joining the Navy? Here’s what boot camp is like 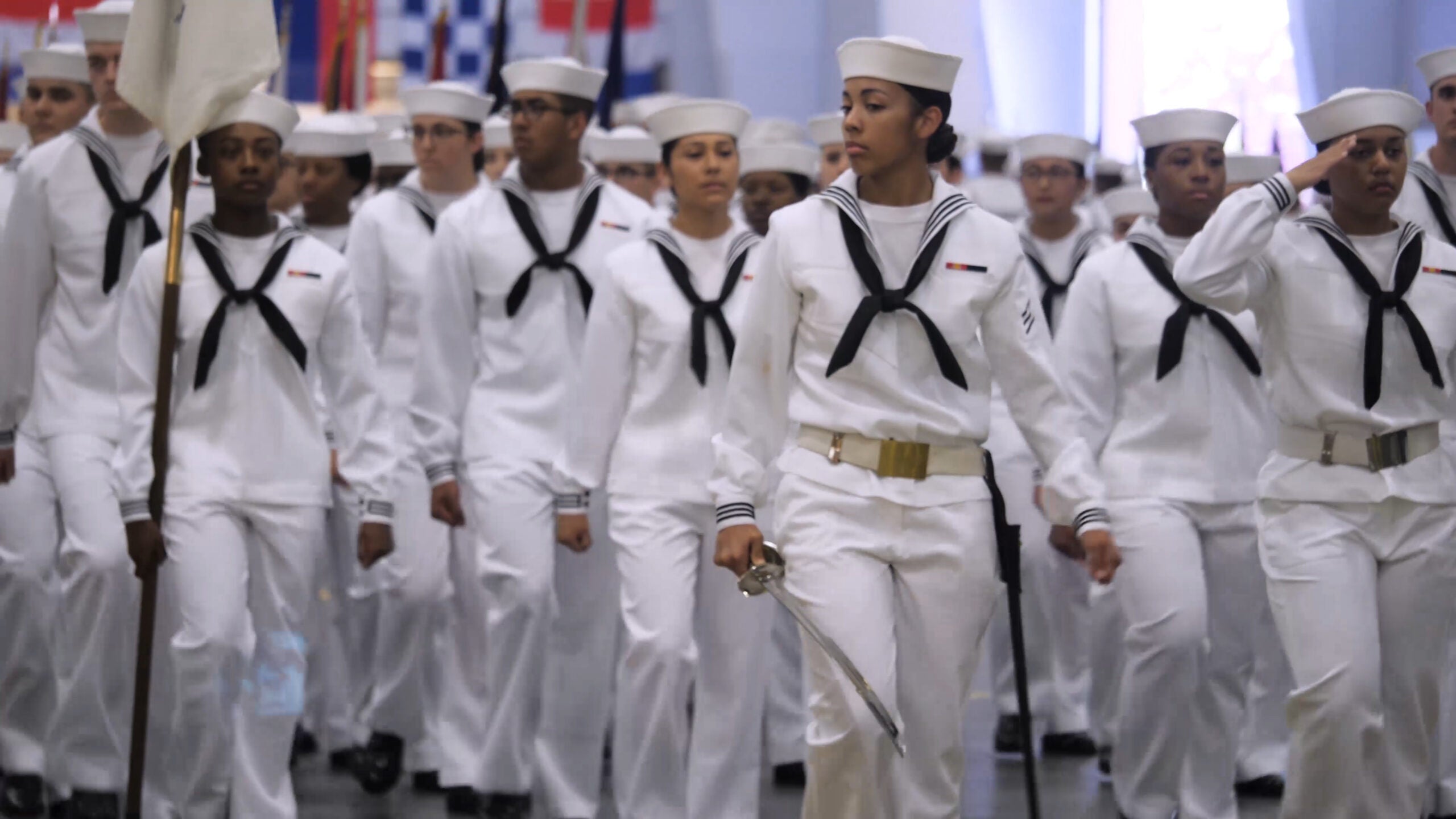 It’s fun to make fun of the Navy. All those uniforms. Using bells to tell times. But the truth is that Navy boot camp is no joke. Here’s what a recruit can look forward to.

Navy recruits must pass through a 10-week boot camp at Recruit Training Command, Great Lakes before officially entering the military. One part of their training includes intensive training exercise (ITE), where recruits endure strenuous physical exercise for 40 minutes straight. The underlying message throughout the training is that in the Navy, there are no individuals. Everyone must work as a team. And, just so we’re clear. This experience of recruits is similar to what you might expect elsewhere in the DoD. In fact, there’s a ‘moment of truth‘ all DoD hopefuls can look forward to, no matter which branch.

Before signing up for the Navy, you don’t need any special skills. The Navy takes the responsibility of transforming them into trained Sailors in top-notch physical shape. The early environment of Navy boot camp is designed to be stressful to show recruits that they can get through it. Many recruits describe the experience as a culture shock.

The first week of boot camp includes a physical assessment called the PACER test. Any recruit that doesn’t pass the test in two tries must move to another division where they will keep working until they can pass the test and advance. Week one also includes a special swimming test. All Navy service members must have a third-class swim qualification.

Week Two is usually a bit of a repeat in case there’s anyone lagging behind. And it gives everyone a chance to reset expectations and calibrate their efforts.

Recruits experience a simulation of being aboard a Navy ship. They learn communication protocols, how to tie knots, safety, and the different roles of a ship’s crew. Time in the classroom is another element of learning to be a Sailor, where recruits learn and memorize the Navy language.

Recruits train in the proper use of gas masks. They enter a tear gas chamber and must remove their masks to fully understand the importance of getting gas mask use right.  Recruits are training to fight fires in case of a fire on board a Navy ship. Week five includes proper usage, assembly, and disassembly of the M9 Beretta pistol.

Finally, recruits complete the Battle Stations event. This is where they train over one long night on a replica of a Navy destroyer ship. It is a culmination of everything they learned throughout boot camp, including 17 scenarios they have to solve. Upon successful completion of Battle Stations, recruits receive Navy ball caps to symbolize their transition to Sailors.