According to this Navy vet, physical and financial fitness are more similar than you think - We Are The Mighty

According to this Navy vet, physical and financial fitness are more similar than you think 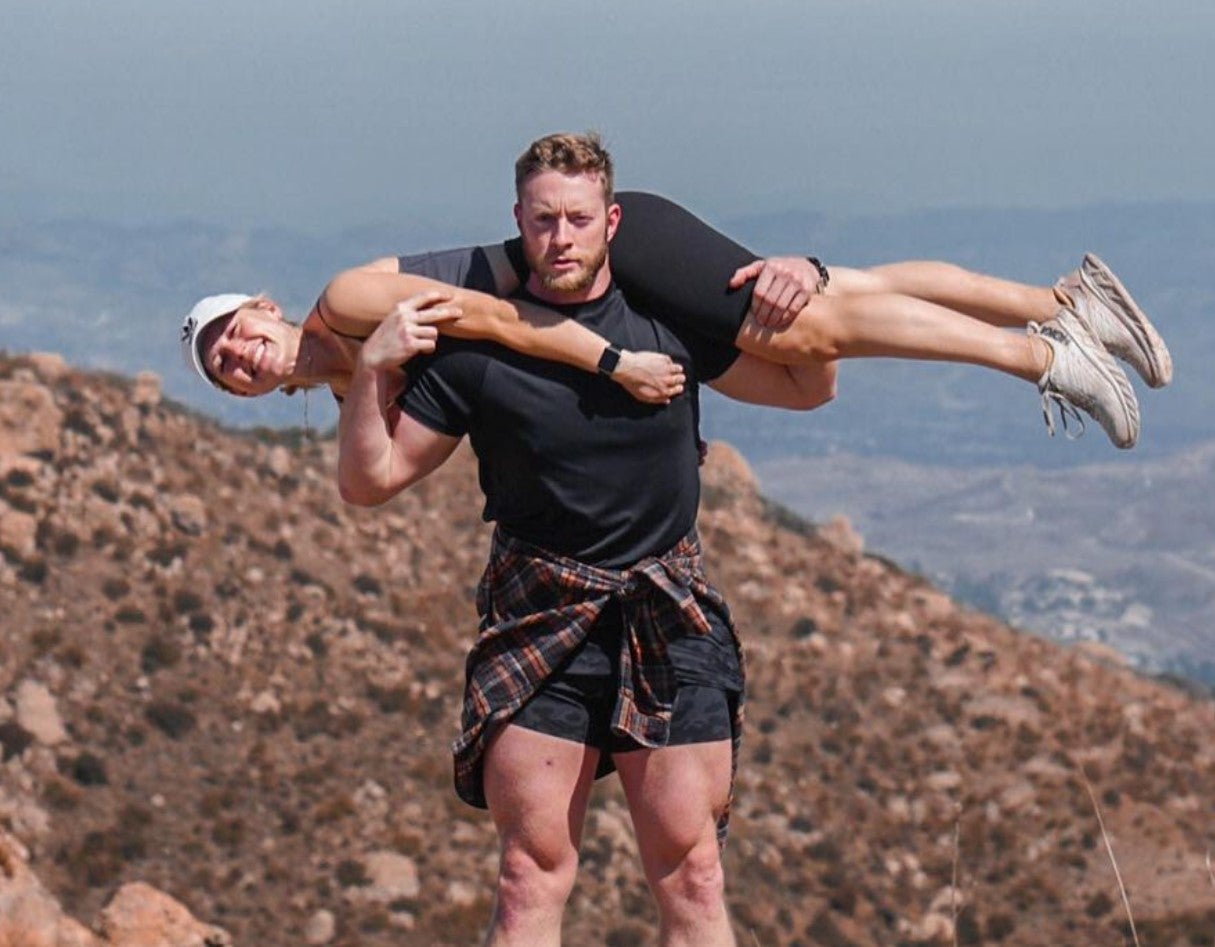 This article is sponsored by Victory Capital.

Many principles of physical fitness are similar to those of financial fitness. They both require patience, discipline and consistency to be successful.

Fitness and lifestyle content creator and Navy veteran, Austen Alexander, recognizes the benefits and challenges of both. During his first years of service, Alexander accumulated debts that impacted his financial future as well as his mental and physical health.

By applying physical fitness principles to his financial well-being, Alexander was able to pay down debt and start a business. Today, he is also in the best shape of his life. The lessons Alexander learned along the way are an inspiration to others – both in and out of uniform.

Growing up in Florence, Alabama, Alexander was interested in working out and staying physically strong. When he went into the Navy, the military kept him fit.

Mission-focused military life places a high priority on physical health. But for some, financial health may be an afterthought.

Although his family was frugal when he was growing up, Alexander says he went “a little haywire” while at his first duty station in Bahrain. He admits there was a void he was trying to fill being away from home, leading him to purchase things he couldn’t afford.

As his physical fitness became more robust, Alexander’s financial fitness was quickly declining. During his brief periods of relaxation, he purchased a GoPro, a laptop and stayed in expensive hotels…all purchased on credit. The discipline he used in the gym didn’t translate to his finances.

In Navy boot camp, recruits have to pass a physical assessment twice to test their capabilities. There is no financial class to show them how to manage their money, how to open a savings account or when to begin investing.

At his low point, Alexander started to educate himself on financial fitness. He was resourceful and dove into books. He taught himself financial terms like Annual Percentage Rate and 401(k) – a retirement savings vehicle offered though civilian employers. He learned about different types of investments like mutual funds and IRAs.

He realized that credit card companies were charging him high APRs and the money he was paying was mostly covering interest (the cost of buying on credit). He learned that minimum payments reduce only a tiny portion of the principal (the actual money he borrowed). So, he decided to reduce his credit card debt.

Alexander transferred the balance of his highest card to a new card with a 15-month 0 percent APR. This allowed his payments to go directly toward the principal, not interest.

In addition to this method of paying down his debt, Alexander created a six-tiered approach to paying off debt quickly:

Create a monthly budget to track expenses and designate amounts spent in various categories. Budgets are organic and can change. Alexander suggests using three months of expenses to catalog what you or your family typically spends. Once an inventory of spending is taken, determine what money can be used to attack debt. If there isn’t enough to make a dent each month, consider where to cut back. Channel extra income to start paying back what you owe.

Set financial goals that are practical, measurable and have a deadline. Macro goals like paying off debt, paying cash for consumables and buying a house are all long-term goals. Alexander suggests establishing micro goals as stepping stones to help reach macro goals. These might include paying off one credit card by Christmas or staying under your monthly grocery budget.

Credit card statements generally arrive weeks before payment is due. Alexander suggests automating monthly payments to arrive a day (or even a week) early. This practice may help reduce late payments, which incur additional fees and can negatively affect your credit score. Higher credit scores can help reduce the cost of borrowing and, over time, can lower lifetime debt.

Alexander recommends a snowball effect to reduce debt. The debt snowball is the total monthly principal and interest payment of all your credit cards. He suggests shifting all principal payments to the smallest balance first and making only minimum payments on the other cards. After eliminating the card with the smallest balance, add that payment to the next card’s monthly minimum. Continue the practice until you’re making that same huge monthly payment on just the one remaining card.

Making just the minimum payment is like firing a squirt gun on a burning building. It won’t be very effective to accomplish the bigger goal. Even if it is $40 more each statement, this actively pays down the principal instead of just the interest.

Many resources, including free financial counseling, are available to military members. On base Family Support Centers have counselors that can help you create a debt snowball, establish investment accounts, or answer questions about the Thrift Savings Plan. Services that you would normally pay for in civilian life may be available for free while you’re in uniform. The finance officer at your deployment location may be another helpful resource.

The path to military financial readiness is paved with steps to show you how to make interest work for – not against – you.
Additionally, savings vehicles like the TSP, mutual funds, IRAs and 401(k)s are great ways to build wealth. For more financial tools and tips visit Victory Capital.

This article is sponsored by Victory Capital.