This is how sunglasses changed the battlefield and American culture 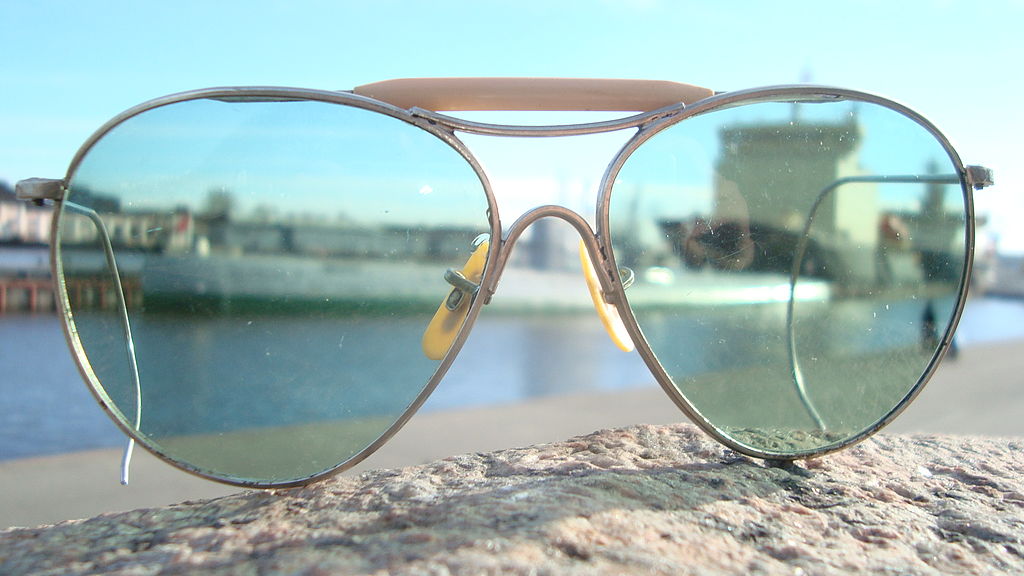 AN6531 sunglasses with Type 1 AN6531 lenses made by American Optical. (Public domain).

While sunglasses today are worn to bring a sense of fashion, they were initially created to protect the eye. The history of sunglasses dates more than two thousand years back when the Inuit community created them. Though not so similar to the sunglasses we are familiar with today, the Inuit natives made their eyewear glasses to shield them from the blinding snow during winter. The eyeshades were basically a cover designed for the eye and made with tiny carved slits to protect the eyes from the scorching sun.

The evolution of sunglasses has seen many phases, from being made with opaque material to transparent ones. The roman empire soon adopted the eyewear and purposely made theirs with gemstones. However, the Romans used the gemstone glasses to watch gladiator fights, unlike the rest of the people who used them as eye shields.

A renowned optician from England known as James Ayscough was the first to come up with tinted glasses because he thought they could solve some vision impairments. In the real sense, he wasn’t thinking about protecting the eyes from the sun, but in the 1800s, these glasses were normalized and prescribed for those with syphilis. One of the major symptoms of the disease is sensitivity to light, including artificial light.

In the same century, the military began wearing sunglasses for various reasons. The first and most obvious is protection from the sun. Soldiers are always on the go whether it rains or shines, and for this reason, they require equipment and attire that can make their tiresome deployments manageable. Most of the time, the soldiers have to work under the scorching sun and to protect their eyes from the harmful rays, they wear sunglasses. While sunglasses are not part of the US Army uniform, the seniors have come to terms with it and now allow soldiers to wear them.

Soldiers also use sunglasses to shield their eyes from the blinding snowflakes that fall on eyelashes whenever in extremely cold areas. This is similar to how the Inuit used theirs back in medieval times. Additionally, when deployed to windy and sandy places, the sunglasses help to shield the eyes from dust that can damage eyes. In return, the soldiers can operate efficiently without distractions. Keeping the eyes clean while on the battlefield is crucial because, without a clear vision, it can be difficult to identify or target an enemy appropriately.

Sometimes, soldiers on undercover missions wear sunglasses to act as a disguise. This keeps them away from the enemy’s eyes and enables them to conduct their patrol without being noticed. Not only the United States Army soldiers wear but also those from other nations. Some forces even include it as part of the uniform so all soldiers can have easy access whenever they need them.