The 5 most effective battlefield tricks in the history of warfare 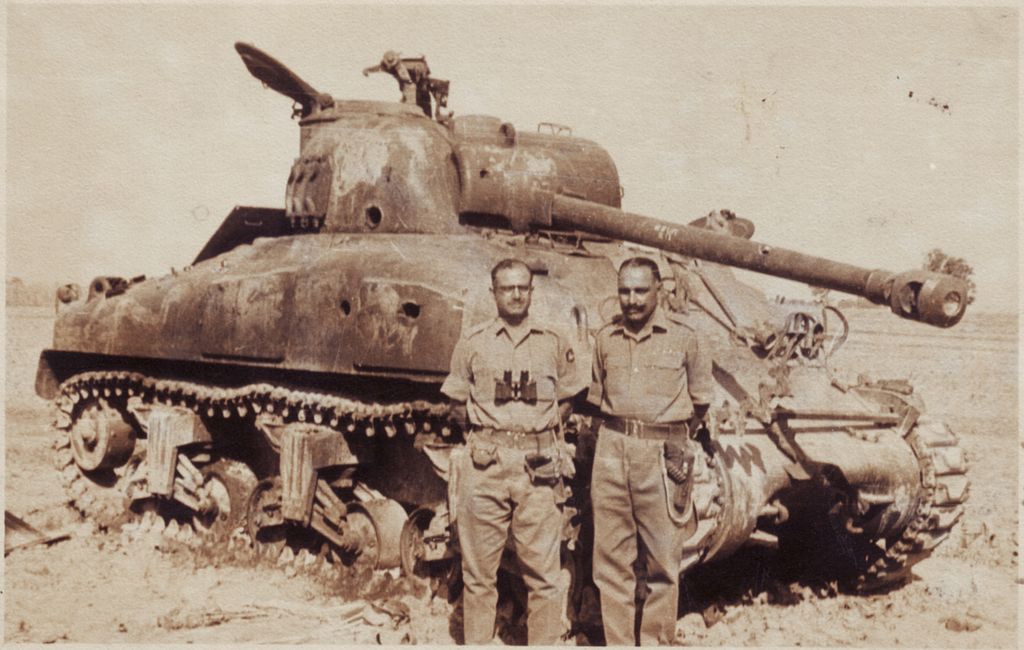 The only crazy maneuver is one that didn’t work, so if you’re going to try something strange on the battlefield, you better make sure it has a chance of working. Whenever someone gets an insane idea, there’s always a chance it’ll make the history books. Even if it doesn’t end up in a book, it will be something people talk about for a long time.

These five events may sound crazy at first, but they worked. And you know how the old saying goes, “If it’s stupid and it works, then it isn’t stupid.” Even if they lost the war, these five wily battlefield events sure gave the enemy something to talk about.

1. Israel steals its own fighter planes

With the kind of military and financial support Israel receives from the West these days, it might be hard to imagine the country not getting any support at all. But that’s what happened when Israel decided to declare itself an independent, Jewish nation in the Middle East. It fought for its survival against every Arab neighbor in the region despite a British arms embargo.

Would-be President David Ben-Gurion told future Israelis that he needed aircraft and he didn’t care what they were, as long as they could fly and shoot. Pilot Emanuel Zur, who worked for airlines before he moved to what would become Israel, managed to purchase some World War II surplus Bristol Beaufighters for Israel. Instead of delivering them officially, he staged an elaborate movie production, where pilots took off to fight in World War II. When filming began, the pilots took off from a British airfield – and flew them to Israel instead of landing.

When India and Pakistan went to war in 1965, Pakistani tanks rolled across the border hoping to incite a popular uprising against Indian rule. Instead, they found fierce Indian resistance in the form of India’s own tank corps. At the Battle of Asal Uttar, India and Pakistan squared off in the largest tank battle since the World War II Battle of Kursk.

Outnumbered, the Indian Army ordered its tanks to fall back to some sugarcane fields. When they were safely away from the area, the Indians flooded the battlefield, which quickly turned to mud. The mud was so thick, the tanks had little chance of moving effectively. Some were stopped altogether. The Indians took out more than 100 tanks in the ensuing turkey shoot.

3. Vikings use a man-made tidal wave to crush a naval force

King Cnut the Great ruled England, Denmark and parts of Norway in the 11th century. One day, he stayed too long in England, and Scandinavian rivals King Olaf II of Norway and King Jacob of Sweden began to raid some of his empire’s North Sea possessions. To get revenge, he set out with a great fleet of 600 ships filled with men to teach the kings a lesson.

He sailed up the mouth of a Swedish river with his fleet on his way to meet his enemies in battle, but his rivals knew where his ships would be, so they constructed a great, but weak dam at the estuary of the river. When Cnut sailed into the area, they released the dam and the resulting tidal wave destroyed much of the fleet. Cnut got his revenge, eventually conquering both kingdoms.

4. Rommel uses trash to slow the British in North Africa

History likes to paint the German Army in North Africa as a kind of unstoppable war machine, but the truth was Rommel and his Afrika Korps struggled with supply problems for much of the time. In his retreat after losing at El-Alamein, Rommel needed to slow down the British advance but was running low on land mines.

Instead of digging full-on minefields, he had his engineers properly plant one mine in the road, and then fill the rest of the holes with metal junk like tin cans and other refuse. The British would hit the first mine, then deploy minesweepers, only to have them work for hours to uncover the German trash holes. The plan worked well enough, but still didn’t save the Germans in Africa.

5. British troops use heroin as a weapon of war

During World War I, British and Ottoman troops fought each other to a standstill in the trenches of what was known then as Palestine. The Palestinian Front had just as much movement as the European Fronts, which is to say none at all. The British, knowing the Turkish troops were low on cigarettes, threw them packs with messages imploring them to surrender. The Turks discarded the messages and smoked the cigarettes.

Eventually, the British stopped sending messages but still threw cigarettes. Knowing the Turks would smoke them, they laced the tobacco with heroin. Before long, the Ottoman soldiers couldn’t put up a fight if they wanted to and British troops were able to easily advance.