This is how troops used light sources during the middle ages 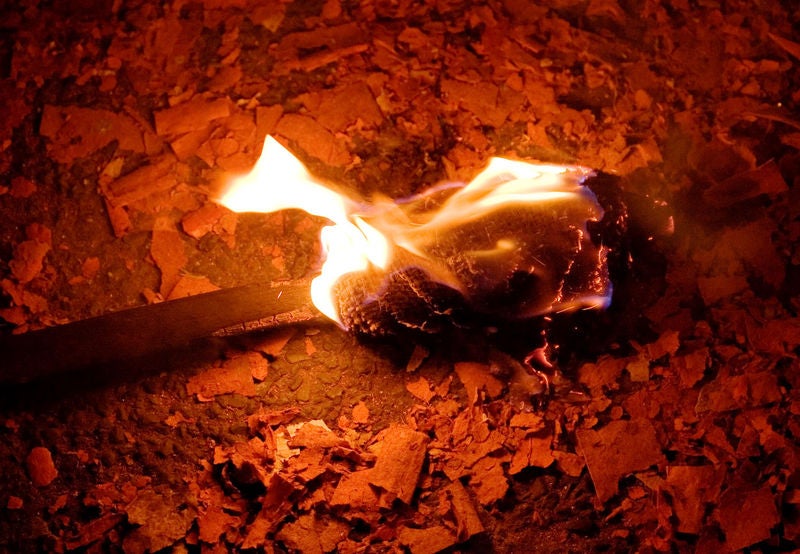 Sources of lighting had stayed mostly constant since prehistory till the nineteenth century, paradoxically on the verge of discovering the light bulb. It was pretty hectic lighting a house at night as the existing lighting sources needed animal fat or vegetable oil to burn. The most common sources of light across the globe were torches, lamps, and candles, and some were only used by the wealthy as they required high maintenance. Light is necessary at all hours, particularly at night when the sun has gone down. While historians demonstrate how hard it was to light a house, it is also important to look into how soldiers survived and what light sources they used.

Troops are often trained to survive better than those who did not answer the call of duty, explaining their resilience. Unlike those at home, soldiers require more stable light sources because they are always moving, even at night. Traders and other travelers in the medieval ages used to travel during the day and set camp at night because they also had a lighting challenge. Unlike them, soldiers had a more important course and could only afford to rest for a few hours then proceed with their journey. Have you ever wondered why most hikes are at night? You don’t need much to see the man in front of you.

While fire today is mainly used for cooking and providing warmth during the cold seasons, medieval people used it as their only evening light source. Though warmth appears to be more critical to human survival than light, both functionalities are likely to have evolved at almost the same time. The moment the prehistoric person discovered the fire, it was used for warmth but soon after its discovery, its use shifted to driving away darkness and predatorial creatures that come at night. Furthermore, it was hard enough to get light inside caves even during the day as they never came with windows.

Soon after, portable lighting technology was invented, and this is where troops and other travelers benefited greatly. The most common portable forms of lighting were torches and rudimentary lamps. To last longer and withstand the windy conditions, soldiers would make their torches with a resinous fabric obtained from trees then oil the fabric with special grease. Torches were tricky to use as they could sometimes get heavy, burdening the bearing.

As a result, the soldiers sort better ways, including creating lamps from stones with natural depressions. If they didn’t find such a stone, they would use soft stones such as soapstone to create depressions to protect the fire from the wind. Some of these lamps were discovered by archeologists and are safeguarded in museums worldwide.

With the rapid evolution of man and technology, more portable lighting sources were discovered. The troops came up with a means of lighting ibex heads and horns as these animals were plentiful during the period. Horn lamps were much more efficient and effective than torches and stone lamps as they were lighter and could burn for extended periods.

Other than finding it difficult to bear light sources throughout the night, the troops had two more challenges with their lighting sources. The first is wind since these lighting sources could easily be blown out. This became a challenge until when glass was invented in which it was used to shield the lamps from the wind. The second challenge was keeping the light sources burning throughout the night as the oil could quickly run out. Being a soldier in the medieval ages was more challenging than ever because the technologies we have today can be turned on and off at a whim. Nonetheless, they always found a way to light their path during the night while on campaigns or while defending castle walls.