Your ultimate CONUS duty station wish list - We Are The Mighty 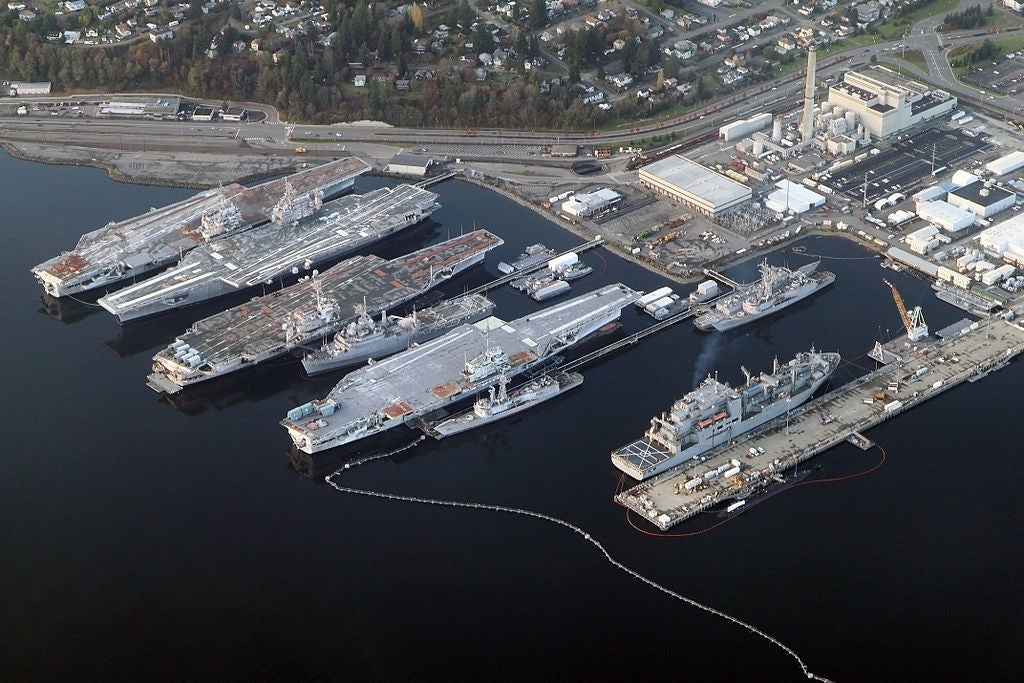 Aircraft carriers stored in Bremerton (part of Naval Base Kitsap) in 2012. From left to right: Independence, Kitty Hawk, Constellation and Ranger. (Wikipedia).

No one ever said you’ll get a choice where you live while you’re in the military. But that doesn’t mean you can’t assemble a solid wish list for that next PCS. From Kitsap to Carso, Greely to Hawaii, this list proves there’s something for everyone – if you know what you’re looking for.

Hello, PNW living! When you’re stationed at Kitsap, the world is your oyster. No, really! Naval Base Kitsap is located on the outskirts of Seattle, giving you access to everything the region has to offer. It’s a beautiful area of lush greenery for outdoorsy people. Near the base, you have the Washington State Ferry, Mount Rainer National Park, and the Puget Sound Navy Museum. There’s also the Kitsap Peninsula National Water Trail for kayaking, canoeing, and even lounging on the beach. Don’t forget that as an active duty family, you get free access to Mount Rainer (and all other national parks!

Fort Carson is an Army base in Colorado Springs surrounded by the Rocky Mountains. The area has lots of hiking and trails, so this post is excellent for outdoor enthusiasts. High on your list should be visiting Cave of the Winds – one of the highest caves in the world that’s open to the public. Plus, no outdoor adventure is complete without checking out Pikes Peak. Enjoy a three-hour train ride to the Pikes Peak Summit and feel your stress melting away.

If outside activities aren’t your vibe, don’t worry. Ft. Carson boasts an impressive array of other fun things to do. Be sure to check out the 4th ID Museum located on post. Or head off-post to nearby Colorado Springs and check out the Old Colorado City Historic District where you can take in the sites of years gone by.

MCAS Beaufort is in South Carolina in an area rich in history from the Revolutionary War. This base has nearly 7,000 acres and is home to six F/A-18 Hornet fighter jet squadrons. It’s about 65 miles south of Charleston, South Carolina, and 50 miles north of Savannah, Georgia. That means there’s plenty to do all within driving distance. The base is relatively small by Marine standards, which allows for a tight-knit community. While there is privatized, on-base housing, finding off-base housing offers the opportunity to live in a beautiful, historic home. There are loads of cultural activities near the base, and the region is full of southern charm.

If you thought you’d have to miss out on Mardi Gras when you joined the military, think again! When you’re stationed at NAS Joint Reserve Base, you’ll get access to everything the Big Easy has to offer. Plus plenty of other great pers, too! NAS JRB is located in Belle Chasse, Louisiana, so get ready for the sights and sounds of the deep south. This installation trains naval reservists and provides ops support for tenant commands.

This Joint Reserve Base is home to members of all military branches as well as the Louisiana Air National Guard. Even better, it’s the perfect location for jazz and history lovers. New Orleans has 40 museums, the Audubon Zoo, and the old US Mint.

NAS Pensacola is in Florida, but don’t let that deter you from putting it on your wish list. In fact, this joint base should be on the radar for all beach lovers, since it’s on the Florida coast and even has an on-base beach.

NAS Pensacola is located in the Florida panhandle and has over 8,000 acres of land. It was the first Naval Air Station commissioned by the Navy way back in 1914. Since then, the base has produced illustrious aviators including John H. Glenn, the first American to orbit the Earth. Oh, and let’s not forget Neil Armstrong, that guy who was the first human to walk on the moon.

Aside from its storied past, NAS Pensacola has top-notch weather. And its location isn’t too bad, either. Pensacola has plenty to do. Make sure you check out the vibrant Downtown and don’t forget about the busy streets of Uptown, too. When you call NAS Pensacola home, adventure awaits!

This is another base in Florida, in Key West, known for beaches and gorgeous weather. NAS Key West provides pier-side support to US and foreign naval vessels. It’s also the premier training center for surface and subsurface ops.

Despite it being a highly-coveted location, the on-base housing waiting list is only around a month for a three-bedroom! Hard to believe, but apparently it’s true! NAS Key West, just like all the other installations in Florida, has plenty to offer outdoor beach and sun enthusiasts. Be sure you check out some of the rich cultural history of the area, too! The Ernest Hemingway Home and Museum is a must stop for any literature lovers. And history buffs will enjoy Wall Street in Key West’s historical Old Town. Be sure to grab a coffee in Mallory Square, the waterfront plaza just west of Duval Street. Mallory Square faces the Gulf of Mexico, so it offers dynamic views and great places to relax and enjoy the Florida sunshine.

Rounding out the best bases in Florida is the US Southern Command. USSOUTHCOM is one of eleven unified combatant commands in the United States. Folks here are responsible for providing contingency planning, ops, and security cooperation for Central and South America, plus the Caribbean, too.

USSOUTHCOM is a joint installation and employs more than 1,200 service members at any given time. Several other federal agencies call Doral home, too.

Doral is just about a mile from the Miami International Airport. That means you’ll have easy access to an airport – a rarity with some other installations. And, since you’re so close to Miami, four-day adventures are bound to be spicy and exciting.

Near base, you have Everglades National Park and the Florida Keys, both beautiful places to visit. Of course, one of the biggest perks of this base is the year-round sunny, tropical weather.

Oh darn, you got stationed to Hawaii. Kidding. Because who doesn’t love this remote location? Technically this counts as an OCONUS PCS, so make sure you’re tracking how to process your paperwork and you know your entitlements. And, if this is your first outside-the-country move, be sure to do some research on how to best embrace the culture where you’re moving and how to avoid culture shock!

Marine Corps Base Hawaii is located in Oahu, Hawaii, which significantly raises the cost of living off the bat. (You’ll probably get a COLA, but if you don’t see it on your LES, make sure you contact your finance office.) Fondly called K-Bay, this base is about 20 miles northeast of the Honolulu International Airport. It’s also home to the largest Marine Corps presence on Hawaii. (The other is at Pearl Harbor.) PCSing to Hawaii is a highly coveted move. That’s because at any given time, there aren’t many jobs open.

If you do luck out and get stationed here, you will find lots to do in the area, including a state park, a beautiful lookout, and the Sea Life Park Hawaii. There’s surfing, hiking, zip-lining, and endless nature possibilities nearby.

Keeping in line with an OCONUS PCS that’s really still part of America, our list rounds out with Fort Greely.

BLUF – Ft. Greely is COLD. We’re talking seriously cold. That’s why it’s home to the Cold Regions Test Center. CRTC does a lot of developmental testing in the snow, extreme cold, and sub-artic environments. This isn’t the post where you forget to pack your cold weather gear! Frigid temps aside, Ft. Greely can be an amazing installation for you. It’s about 100 miles from Fairbanks, Alaska and it’s the launch site for anti-ballistic missiles. Living here is ideal for folks who love the snow and cold or for anyone who’s already survived a winter in Fort Drum!

High on your list of activities will probably be outside activities like hiking and camping. The area is rich with wildlife and has plenty of places to hunt and fish. In fact, the Clearwater State Recreation Site and Moose Pond are some of the best trails around!

While you don’t get to choose your dream installation, putting a “dream list” together based on the things you personally enjoy is worthwhile. Do your research to find the bases that coincide with what you like to do. And then hope and pray the DoD sees it the same way!