This is how specialized paratroopers drop into thick forests and jungles 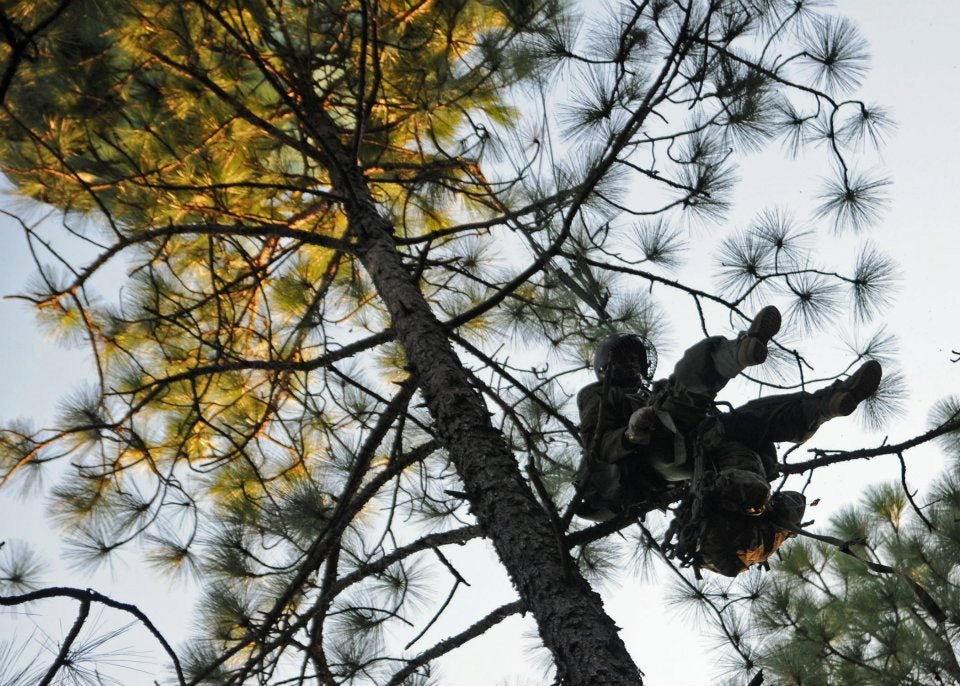 Airborne missions are an extremely risky part of military operations. Despite a multitude of risk mitigation measures including elite pathfinders who prepare drop zones, airborne operations have a higher acceptable casualty rate than other types of operations. Normally, airborne drop zones are wide open areas like fields and large clearings to prevent paratroopers from snagging in trees and getting stuck. However, in certain environments, dropping troops in ideal DZs would mean a long march to their objective. The British Special Air Service decided that if time is a factor, just drop into the trees.

The SAS is one of the world’s deadliest and most famous special forces. Their commando raids during WWII helped shape modern special operations as we know them today. Drawing primarily from British Army Airborne units, the SAS specialized in airborne insertions. After WWII, during the Malayan Emergency, the SAS further developed airborne operations with treejumping.

In 1948, the communist fighters of the Malayan National Liberation Army began an insurrection against Commonwealth forces in British Malaya. Striking from the dense jungles, the MNLA was difficult to combat. Long-range patrols through the inhospitable jungle were dangerous and fatiguing. In 1951, the SAS developed a method of inserting airborne patrols directly into the jungle.

Paratroopers would drop into thick jungle foliage with the expectation of getting stuck in the canopy. Equipped with 100 feet of rope, the paratroopers would tie the rope to the tree and abseil down to the ground. The technique was first instigated in 1953. However, it was found that many trees were taller than 100 feet, so the amount of rope carried was doubled to 200 feet. Although treejumping proved to be especially damaging to the parachuting equipment, it was an effective way to quickly insert troops in difficult terrain.

In 2008, the 27th was reformed. Bravo Company (Combat)(Airborne)(Rough Terrain) was reorganized as the 57th Engineer Company (Airborne)(Sapper)(Rough Terrain). It remains the only unit in the Army that specializes in treejumping.