Chief Edward C. Byers, Medal of Honor recipient - We Are The Mighty 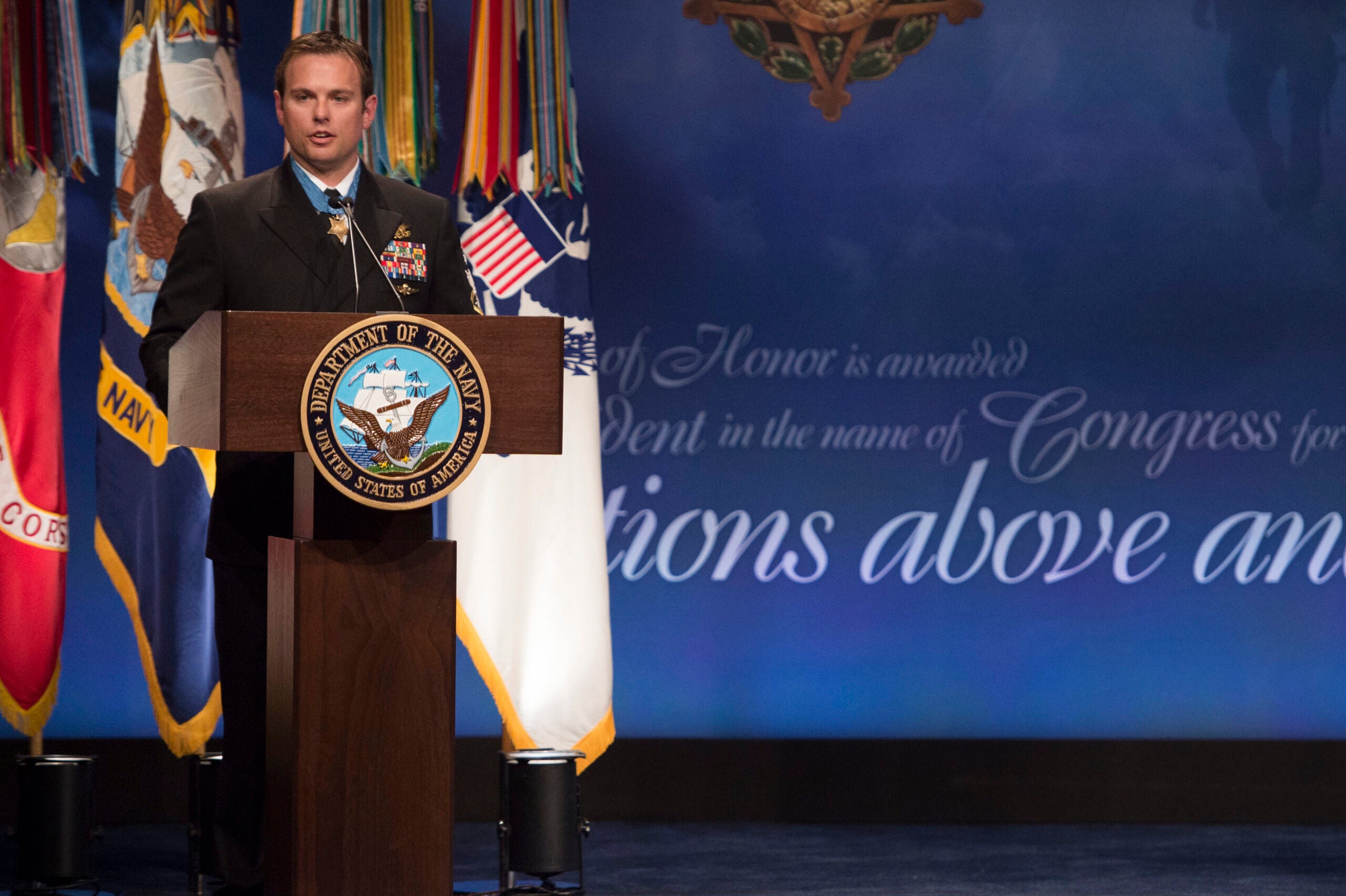 Watch Byers speak about the night that earned him the MoH here.

In December 2012, Chief Byers and his fellow Navy SEALs rescued an American hostage in the Qarghayi District of Laghman, Afghanistan.

On the night of December 8, 2012, Byers and the team was flown by helicopter into the mountains of Afghanistan to execute the rescue mission. The team hiked quietly through the night toward their target location. As Chief Byers and the rest of the rescue team approached the hostage location, they were spotted by a member of the Taliban who had been guarding the site. The enemy guard ducked swiftly into the building, alerting his comrades of the approaching assault.

Chief Byers noticed the guard shifting through the darkness, and he knew that he had to act fast. The Taliban had concealed the entry to the building by hanging multiple blankets over the doorway. Placing himself directly in the line for fire, he removed the blankets, which hung from the ceiling like curtains. After the path was clear, the other members of the rescue team rushed inside. As the first American service member entered, the enemy fired, killing him.

Chief Byers crossed the threshold and attempted to locate the hostage. Suddenly, a Taliban sniper began to fire bullets from an AK-47. Chief Byers bravely engaged the shooter and immobilized him. Then, he tackled another enemy combatant who had run into a corner.

Chief Byer’s fellow service members began to search the building for the hostage. Meanwhile, Taliban shooters ran through the shadows with their rifles. Eventually, Chief Byers detected the faint sound of murmuring in English. He realized that it had to have been an American. Without further delay, Chief Byers followed the voice until he located the hostage in a small room. He jumped fast to shield the American captive with his body. Members of the Taliban emerged from the dark corners with their rifles and began to fire. While protecting the hostage, Chief Byers was able to restrain an enemy guard with his bare hands. Soon after, the other service members stormed the room and took down the rest of the Taliban shooters. The rescue team succeeded at its mission, thanks largely to the courage of Chief Byers.

Read more about the Medal of Honor foundation here.

Editor’s note – this is an ongoing series dedicated to bringing awareness to the over 1,000 American service members who have earned the Medal of Honor for their acts of courage and bravery.