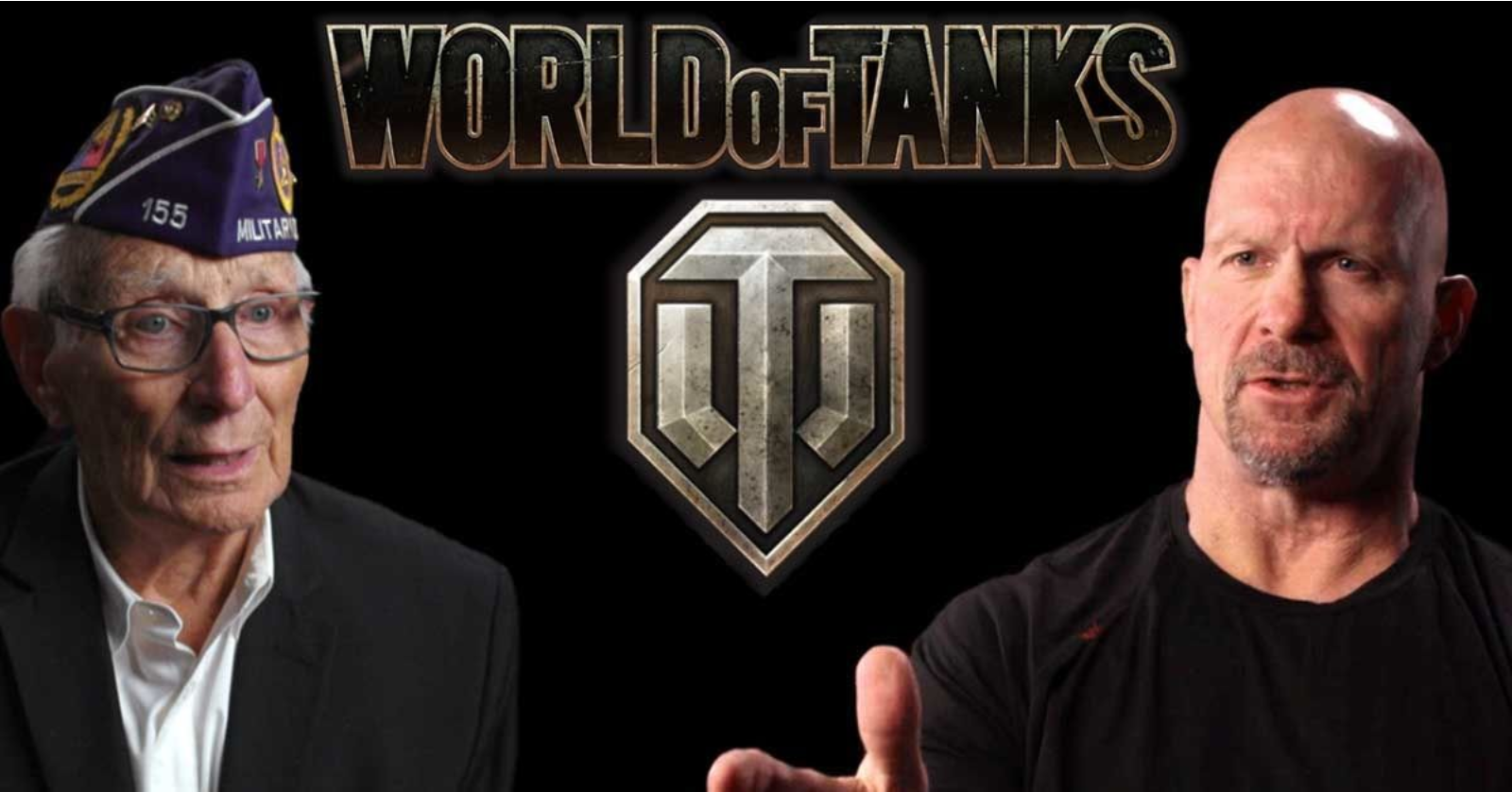 We all know Stone Cold Steve Austin from his years when he was the face of World Wrestling Entertainment. “The Texas Rattlesnake” was one of the toughest, most badass wrestlers who left an indelible mark in the ring — both on TV and on the silver screen.

Through partnering with Wargaming, the company responsible for the hit game World of Tanks, Austin recently sat down to interview three gentlemen who exhibited an entirely different type of toughness and heroism – World War II tankers. Their stories are powerful, harrowing and heartbreaking. In his first interview with Walter Stitt, Austin learned about the importance of foxholes. In his second interview with Clarence Smoyer, you could tell Austin was truly humbled hearing about Smoyer’s loss of a close friend.

When asked about joining the Army, Caserta said almost every male his age wanted to do their part. They felt betrayed by the Japanese and wanted to sign up. Caserta talked about being in the lead tank during the push into Europe. “The captain would assign somebody to be in the lead tank. ‘Okay Caserta, you’re gonna lead off the day.’ I went from the hedgerows all the way to France, Belgium and Germany.”

Caserta lived in his tank for weeks at a time. His unit was close because of this and they depended on each other. When Austin asked if the tank made them feel safe, Caserta told him that it did from small arms, but when it came to the 88 or the Panzerfaust (German version of the bazooka), “We didn’t stand a chance.”

Caserta told a great story that everyone who has ever been deployed can relate to. He talked about being sent a package which contained an Italian bread. His mother hollowed out the bread and hid a nice bottle of booze in it for him. (Talk about mom of the year!)

Austin asked Caserta about how he received his Purple Heart and we heard another harrowing story.

Caserta was driving his tank and couldn’t see much and ran into a bomb crater. The tank was teetering. (When the tank is stopped in combat, you get the hell out.) Caserta bailed out and headed toward the rear in the midst of artillery and small arms fire. An artillery shell came in behind him and knocked him out. He had a concussion, a hole in his helmet and a shoulder injury.

“When I came to, my buddy was up on top of me and I shook him. His head was blown off. He was my tank commander. They peeled off my clothes, treated my wounds, pulled out the shrapnel and sent me back to my outfit. They made me a tank commander.”

Being in a tank was a scary time. Caserta recalled, “The worst was knowing that if you got hit, if anything, it’s gonna go right through the tank and it’s gonna burn up and catch fire. My greatest fear was burning up in the tank, which a lot of guys did, but it didn’t happened to me.”

Castera is proud he served his country and survived. “Not much more I can say about that.”

Caserta was reunited with Clarence Smoyer who Austin also interviewed. Caserta talked about how it was good for him to see Smoyer as he was dealing with depression as he got older.

“It was wonderful to see him again, because I’m starting to get a little depressed and feel that I don’t have too much time left.”

To continue the tank action, be sure to check out World of Tanks on PlayStation 4 or Xbox One today. Through the World of Tanks Tanker Rewards program, Wargaming offers tons of benefits and exclusive rewards both in-game and in person for all registered players. Be a part of our current WWE season and get endless opportunities to claim WWE and Tanker rewards. To learn more about the program, click here.