Russian forces abandoned this dog, now he's serving with Ukraine - We Are The Mighty 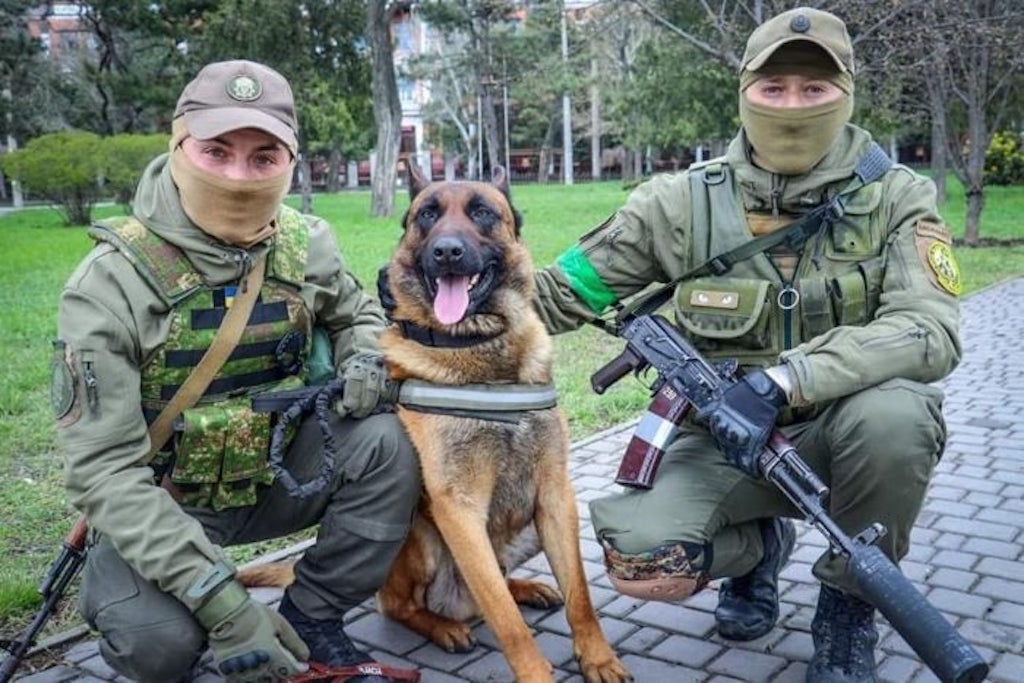 A 3-year-old Belgian Malinois named Max was found by the Mykolayiv Regiment of the National Guard of Ukraine in Mykolayiv Oblast. Max’s former owners, the Russian military, were identified by a camouflage collar issued to all Russian military dogs. Starving and left for dead, Max was taken in and nursed back to health by local Ukrainians. Now, he serves alongside Ukrainian forces as a minesweeping dog.

Max was found by a local family who presented him to the Mykolayiv Regiment. “We’re very grateful to the family that sheltered Max and then offered [him] to our regiment. They could’ve sold him for a pretty penny, as he’s obviously a pedigree animal,” said Guardsman Dmytro to Euromaidan Press. “From now on, Max will serve in our ranks, defend Ukraine and learn to bite off some Russian asses.” Max has quickly become a favorite among the regiment and is treated like family.

Although he was trained to obey Russian commands, Max is learning Ukrainian with his new handler. “Max is about three years old and in excellent physical shape. He understands all the basic commands,” Max’s handler, call sign “Riddick,” told Euromaidan Press. “So far, he understands orders only in Russian, the language of the aggressor and enemy, but we’ve started giving him lessons in Ukrainian.”

Belgian Malinoises are popular military dogs who are prized for their bravery, athleticism, and intelligence. In fact, Belgian Malinoises accompanied special operators on the Abu Bakr al-Baghdadi raid and Osama bin Laden raid. Other dogs are serving in Ukraine including Patron, a bomb-sniffing Jack Russell Terrier, who was honored by President Zelenskyy with a medal.