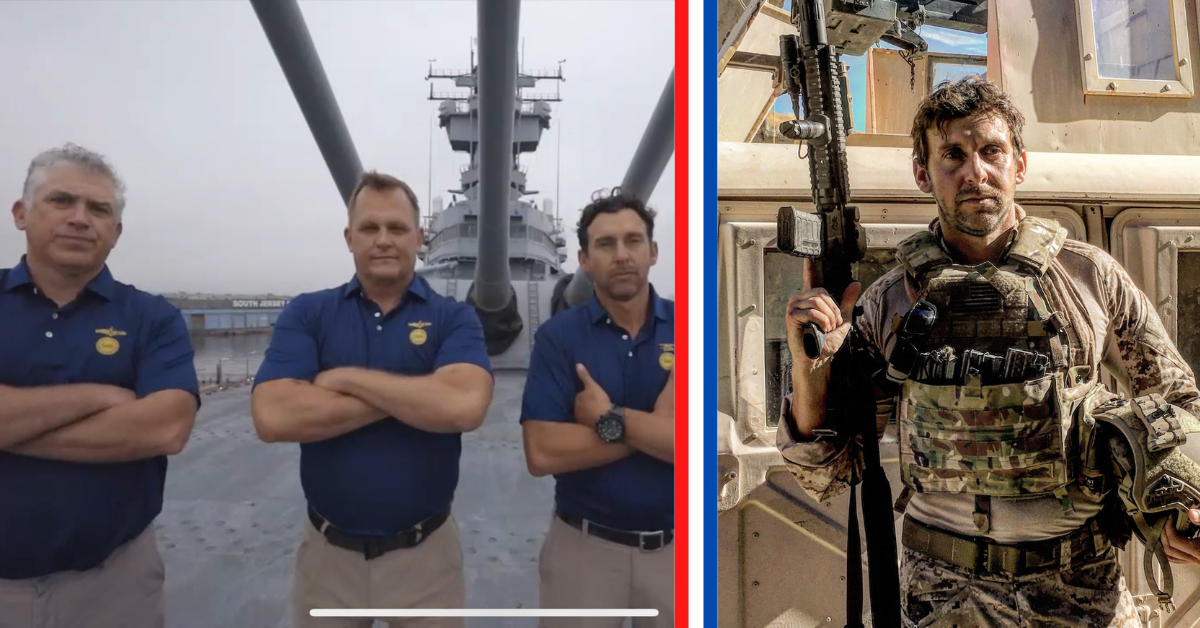 Kaj Larsen is an award-winning war correspondent, filmmaker and journalist. But he started out as one of the toughest in the game: Navy SEAL, of course.

His five years on active duty as a Special Warfare Operator shaped his future and who he’d become. After transitioning to the reserves in 2007, Larsen earned his Master’s degree from Harvard University and spent the next decade chasing and telling some of the most important stories of our lifetime. In 2018, he left the Navy Reserves as a Lt. Commander, fueled to use his voice for the military community in even bigger ways.

These days he’s spending his time advocating for a piece of the investment and wealth building pie. “The DOD recently recognized that financial readiness is a critical national security issue. Financial stress is literally the biggest stressor and household issue for military families,” he said. “For me, it was really this transition from doing all of this veteran service work in the philanthropic sector and, and watching at Team Rubicon and The Mission Continues guys coming back and really needing to feel engaged. They needed to use their hands to help other people rebuild their homes after our hurricane. But at the same time, some of these guys couldn’t even pay their own rent.”

Unwilling to accept a world without a true solution for the problem, he worked alongside some friends to create it themselves. The big idea was simple. “Let’s bridge that gap with the private wealth community. Let’s get the community investing in their financial future and let’s teach them how to do it,” Larsen explained.

The result was a platform for investing specifically for the military community, a first of its kind. “I would say like, the idea has been incubating for 15 years and in the last year we poured gasoline on the fire,” Larsen laughed.

This veteran SEAL has just a little experience blowing things up, after all.

Forming and creating the platform was years in the making. “Our founder Sean Bonner was a 25-year Wall Street veteran. He was on the floor of the Philadelphia Stock Exchange on 9/11. The next day he was in front of the Navy recruiter and commissioning at 34 years old,” Larsen shared.

Bonner’s passion for financial health never waned, though. In 2020, he got together with Mike Conallen (also a veteran Naval Intelligence Officer) to make it happen. Larsen joined the launch team shortly after. The mobile investment app launched on Veterans Day 2021.

“We allow fractional shares trading and we have all of these tools, interactive tools to help guide military families in terms of investing so that they can prepare for their financial future,” Larsen explained. The military changed its retirement system several years ago so many people are on the blended retirement system but ultimately they’ll be on a contribution based system. And it’s actually a pretty robust system but military participation in the TSP is at 40% meaning there’s this huge swath of the military community which doesn’t have long term financial planning.”

GUILD, built for-veterans-by-veterans, aims to reduce the two biggest barriers to investing which are a lack of trust and having the knowledge of exactly how to invest your money. The team also partnered with the Office of Financial Readiness, creating extraordinary content to support the educational tier of the company. Larsen also added education is a priority and large part of their mission with the company.

Larsen wanted to spend some time crushing investment misconceptions, too. “It’s not true you have to have a lot of money or a specific knowledge required to start investing. We’ve been preaching the opposite, actually. It’s never too early to start and time in the market is more important than timing in the market,” he said.

They’re putting their money behind the claim. Users completing certain educational videos and taking quick tests after will be treated to $5 for investing. “We want to start getting people investing and thinking long-term as early as possible. And it’s hard, that’s a fight. We were all there in the beginning of our military careers and we were focused on other things,” Larsen said. “That’s one of the reasons that we decided to make it as frictionless as possible. We get people on the platform, we’ll pay them to get smarter about this.”

GUILD does not take commission and users can invest in a piece of a share for as little as $1, although some relevant SEC and FINRA fees may still apply. The interactive platform is formulated specifically to speak to the community. And like most things in the military, the team built the atmosphere to be friendly but competitive by allowing those who share their portfolio to see others rankings. You can even earn a specialized “ribbon” for your first trade.

As for this veteran Navy SEAL who has continued to seek out ways to serve, his newest venture is right in line with his commitment to the military community’s wellness and pursuit of prosperity. “After focusing on veterans purpose and mission for so long this is my new mission,” Larsen stated. “It’s to help veterans stay in the fight for their financial future.”

You can learn more about the military investment app by clicking here.