Why the Patriot Guard Riders escorted a Marine’s remains across 2,000 miles - We Are The Mighty

Why the Patriot Guard Riders escorted a Marine’s remains across 2,000 miles 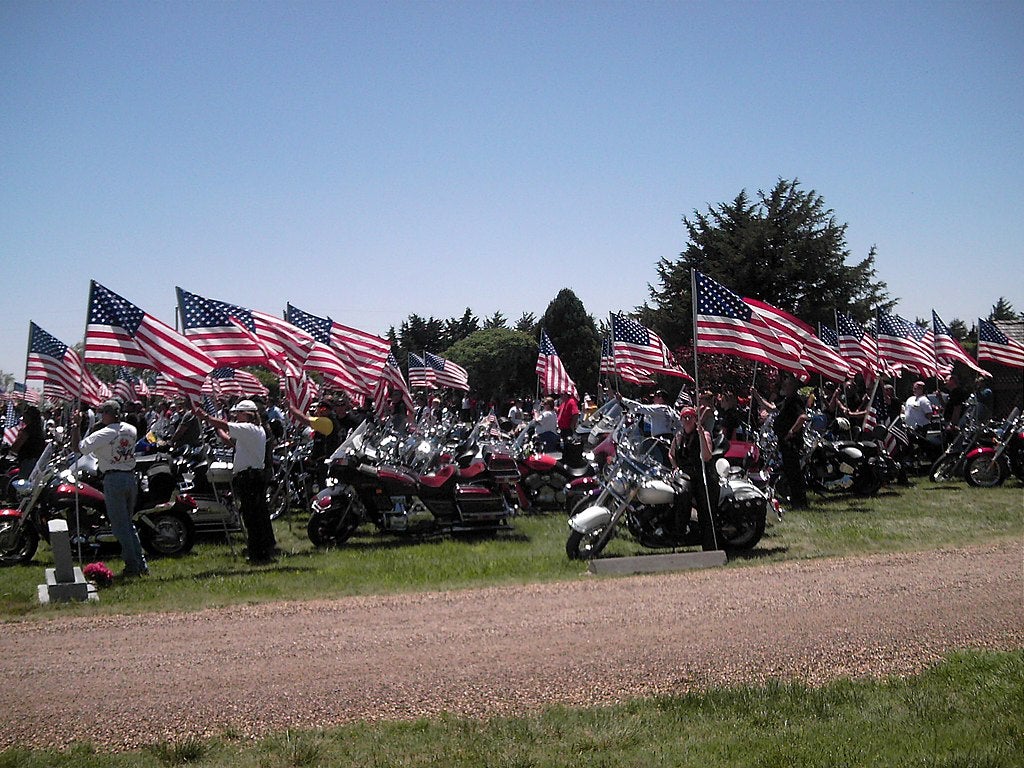 The Patriot Guard Riders are well known in military circles. They aren’t a motorcycle club of their own, but they might be in other clubs. What’s important to know is in 2005, a group of motorcycle enthusiasts came together to protect the funeral services of fallen American troops from being disrupted by protestors from the infamous Westboro Baptist Church.

The church seemed to believe that U.S. troops were dying overseas because the United States became tolerant of homosexuality. You can believe what you want, this is America, after all, but some bikers with a “deep respect for service members” didn’t take kindly to them protesting at military funerals.

They formed a barricade against the protestors with flags, their own bodies, and bikes, then drowned out the chanting with revved engines and patriotic songs. What was the church going to do, fight a bunch of bikers? Seems like a bad idea every time. It worked. Even if the engines were loud, it was better than the hate spewed by the protestors.

Since then, bikers with the same respect for service members have formed a loose confederation – and a nonprofit organization – throughout the country to spread information about veteran funerals and other events. They also started showing up in droves for returning units, volunteering at veterans’ homes, and attending the burial services of vets who don’t have anyone left to wish them goodbye.

So when the cremated remains of Staff Sgt. Jonathan Turner were about to be mailed to his mother’s house, the Patriot Guard Riders of California stepped in to make sure he returned home with dignity.

Jonathan Turner was a career Marine with 17 years of service and seven tours in Iraq and Afghanistan under his belt. He retired from the Marine Corps at 41 years old and settled down in California. But the wounds he sustained in those tours soon caught up with him and he died shortly after.

He was cremated, but his mother, Annie Glanton, lived in Georgia and could not afford to make the trip to California to receive Turner’s remains. He was about to be shipped home in a FedEx box. The California chapter of the Patriot Guard Riders got wind of the situation and decided that FedEx would not be the carrier of choice. It just wasn’t proper. Besides, Turner was a motorcycle owner himself.

Instead, the Californians organized a cross-country motorcade to bring Staff Sgt. Turner back to his family in Georgia. They contacted riders along a pre-planned route across the United States, from California to Georgia, to organize a dignified journey home.

The first leg of the trip drove through California, Arizona, New Mexico, Texas, then Oklahoma. Upon arriving in Oklahoma, the Oklahoma Patriot Guard Riders took control of Turner’s ashes, escorted him through the Sooner State and transferred him to the Arkansas riders at the state line. Each time the remains were handed off, the riders held an impromptu handoff ceremony, conferring the respect they felt he deserved along his cross-country route home.

The effort to give Staff Sgt. Turner a dignified procession spanned 2,000 miles, crossed several states, and featured hundreds of bikers, some who weren’t even PGR members, but just felt compelled to give this fallen Marine one last measure of respect for succumbing to the wounds he suffered in service to his country.